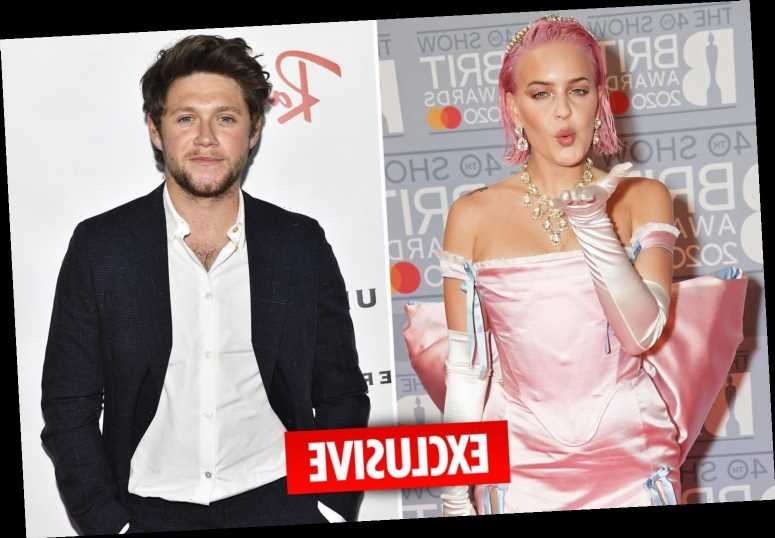 ANNE-MARIE and Niall Horan got fans’ hopes up for a collaboration after teasing they were in the studio together.

But I can reveal it’s even better than one song together because after bonding over their unlikely shared passion for golf they’ve actually made three tunes. 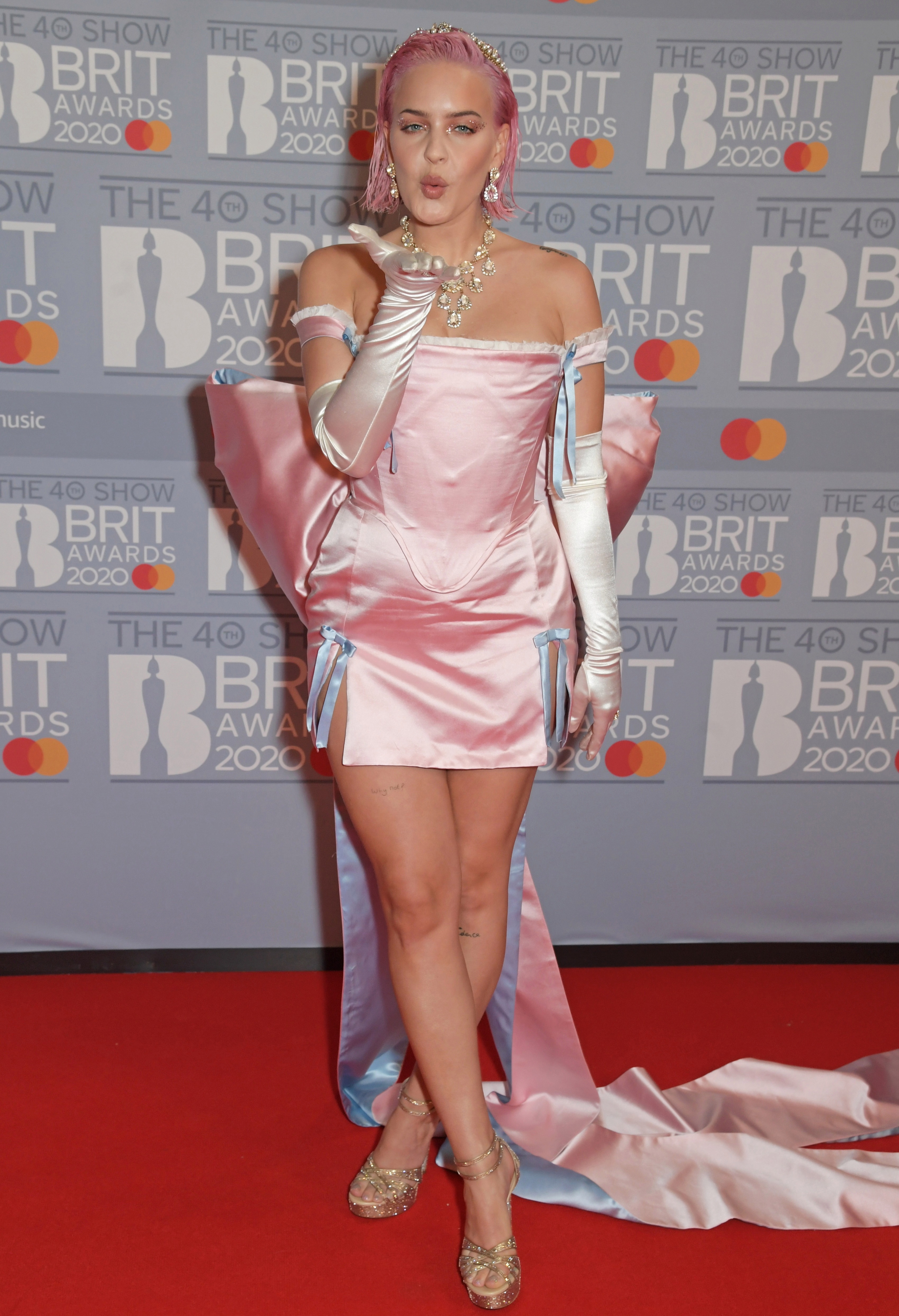 In an exclusive chat, Anne-Marie said: “It was amazing actually. The communication started to happen after I pronounced his second name wrong on the radio, and then we started chatting and I’m into golf and he was like, ‘We need to go and play golf!’

“We’d planned to hang out with each other but never did, but then this session opportunity came around and I was like, ‘Finally, we’re going to be in the same room’.

“It was a very creative process and we wrote three songs so we’ve got a few to choose from.

“I’m really excited about that because I feel like our voices sound really good together.” 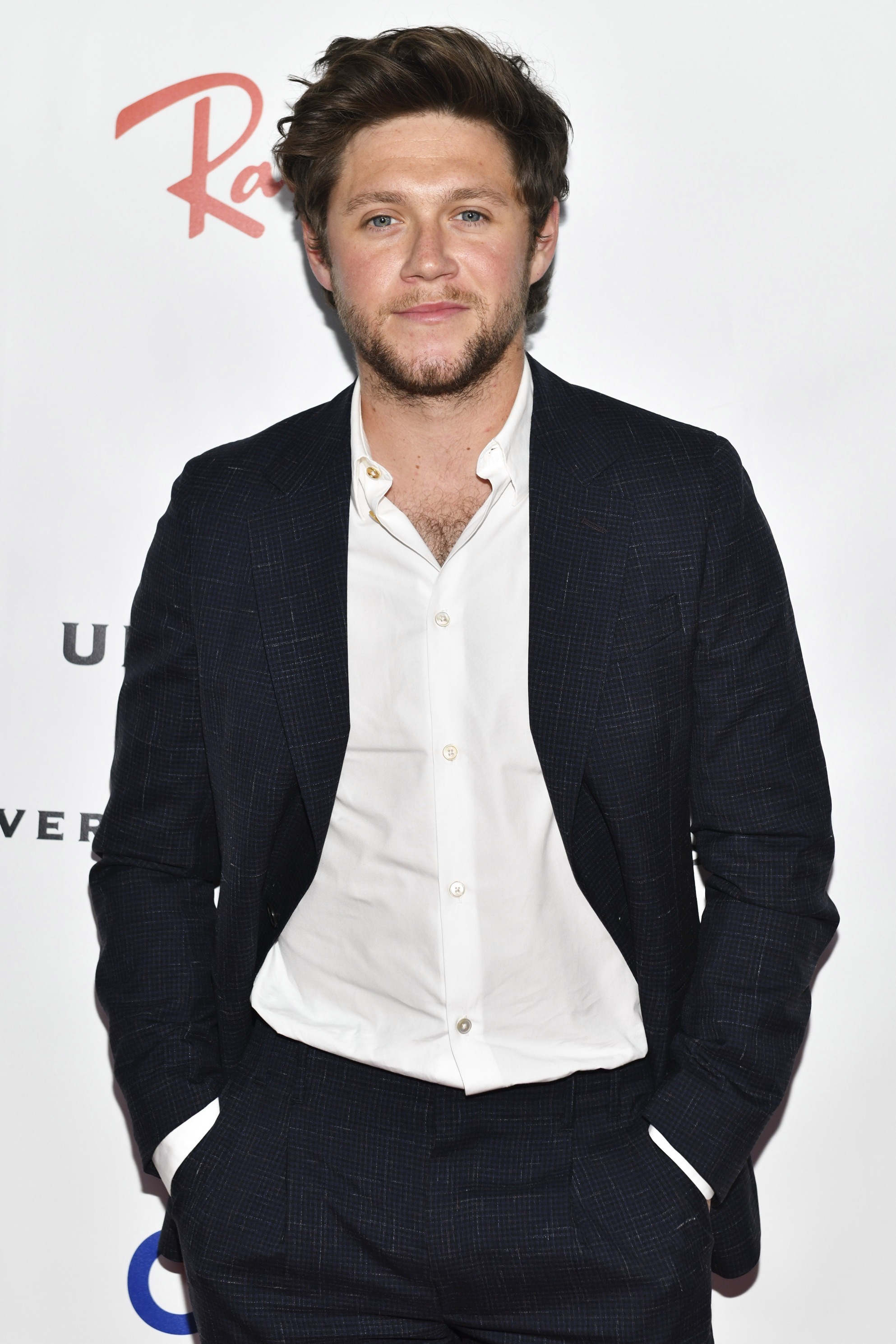 It’s not the 2002 singer’s only success of a difficult year, as she spent much of the first lockdown working on her in-depth documentary, How To Be Anne-Marie, which is available to watch on YouTube now.

Speaking about making the film, she explained: “I feel like that was the best thing that could have happened during lockdown because it took my mind off things but also made me revisit stuff in my past.

On the subject of therapy, Anne-Marie — who has been open about her struggles with anxiety — continued: “I do it every Tuesday and the first couple of days were a bit like, me talking non-stop and letting everything out. I felt better straight away.

“But it goes deeper than that and she (the therapist) is really putting a puzzle together.

“It’s an amazing thing. I think if you get the right person, it will change your life.” 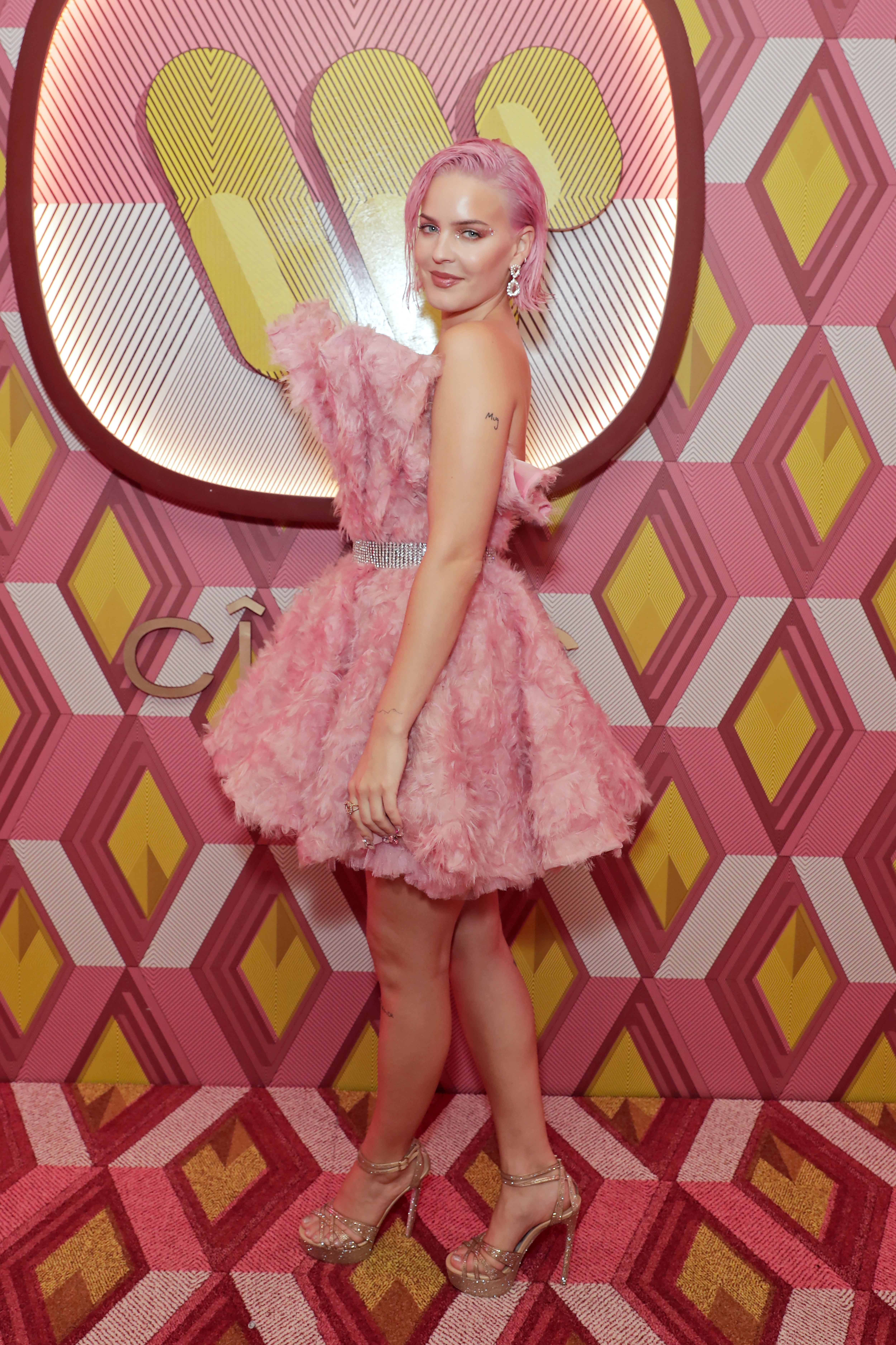 And making the documentary also helped her to realise that she is on the right path as a musician, having had doubts last year about whether she should be in the industry at all.

Speaking about the first lockdown, Anne-Marie said: “I honestly thought I was going to be like, ‘This is it, I don’t want to do music anymore. I feel fine at home’.

But to my shock, really, it was the complete opposite and I hit rock bottom.

Anne-Marie added: “The more I got into this documentary, the more I realised I actually am completely in love with music and I just need to figure out a few things about myself.

“If I sort that out then this will be my dream.”

MABEL had to quit social media earlier this year after trolls got her down.

The Don’t Call Me Up singer said: “I spent several months not on any social media, but just sending things to my management to post. 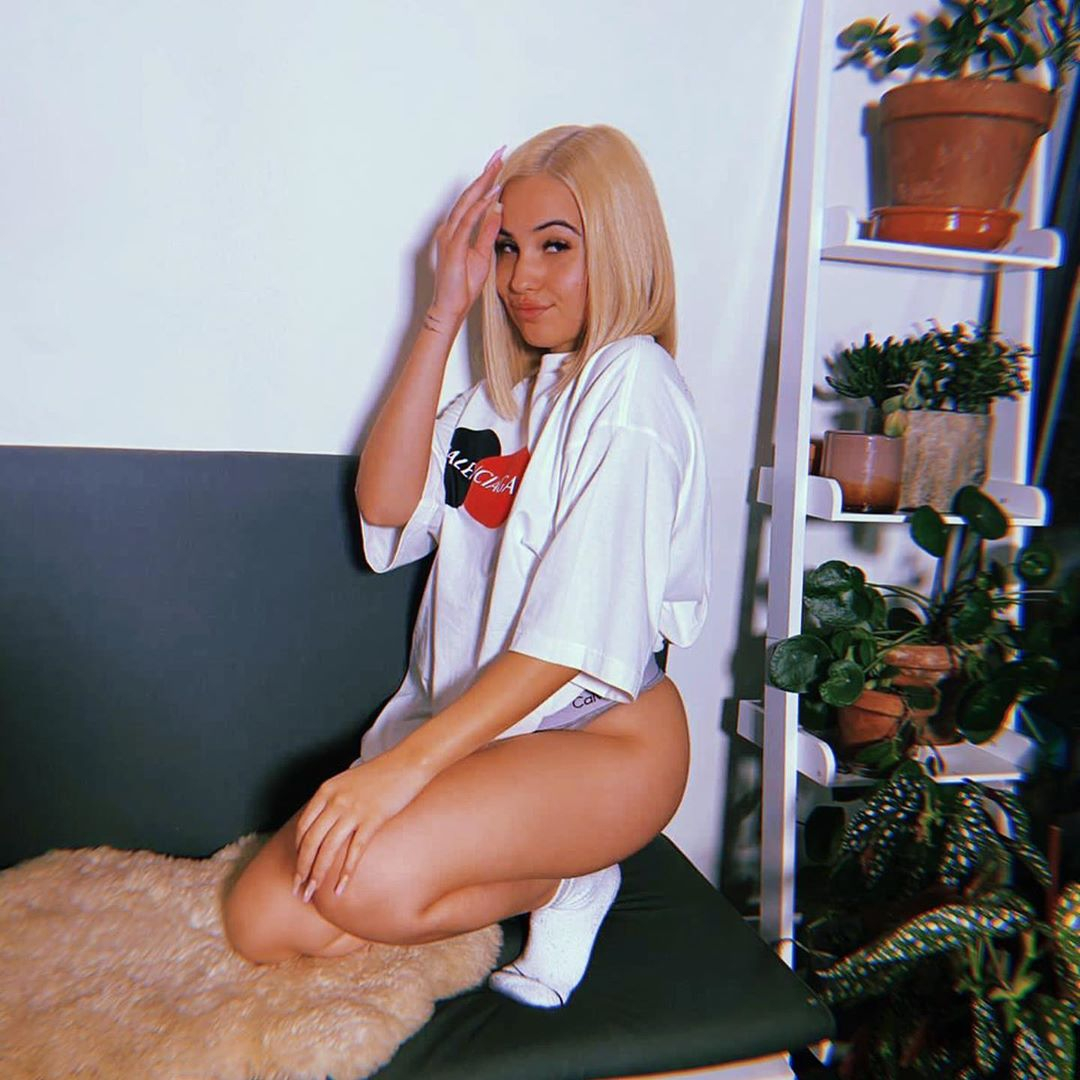 “How am I not supposed to take things personally? People are like, ‘Don’t take it personal’. I’m like, ‘She said I’m fat’, or ‘He said I can’t sing’.”

She told the JD In The Duffle Bag podcast: “I’m a confident person but I do have days when I’m just like, it’s a lot, and I do have to log out. I recommend that to everybody.”

On her new music, she added: “There’s some cool stuff coming, I’m excited. My best work is yet is to come.”

“What we are seeing on social media, it’s not real life, and we are comparing ourselves to others.

“I feel like I have a responsibility with my platform to tell people it’s not all sexy, cute and fun all the time.

"I struggle with mental health sometimes, I have those moments. Sometimes you just have to dip out.”

RONAN KEATING is a man after my own heart as he has called for the return of pop rivalries. 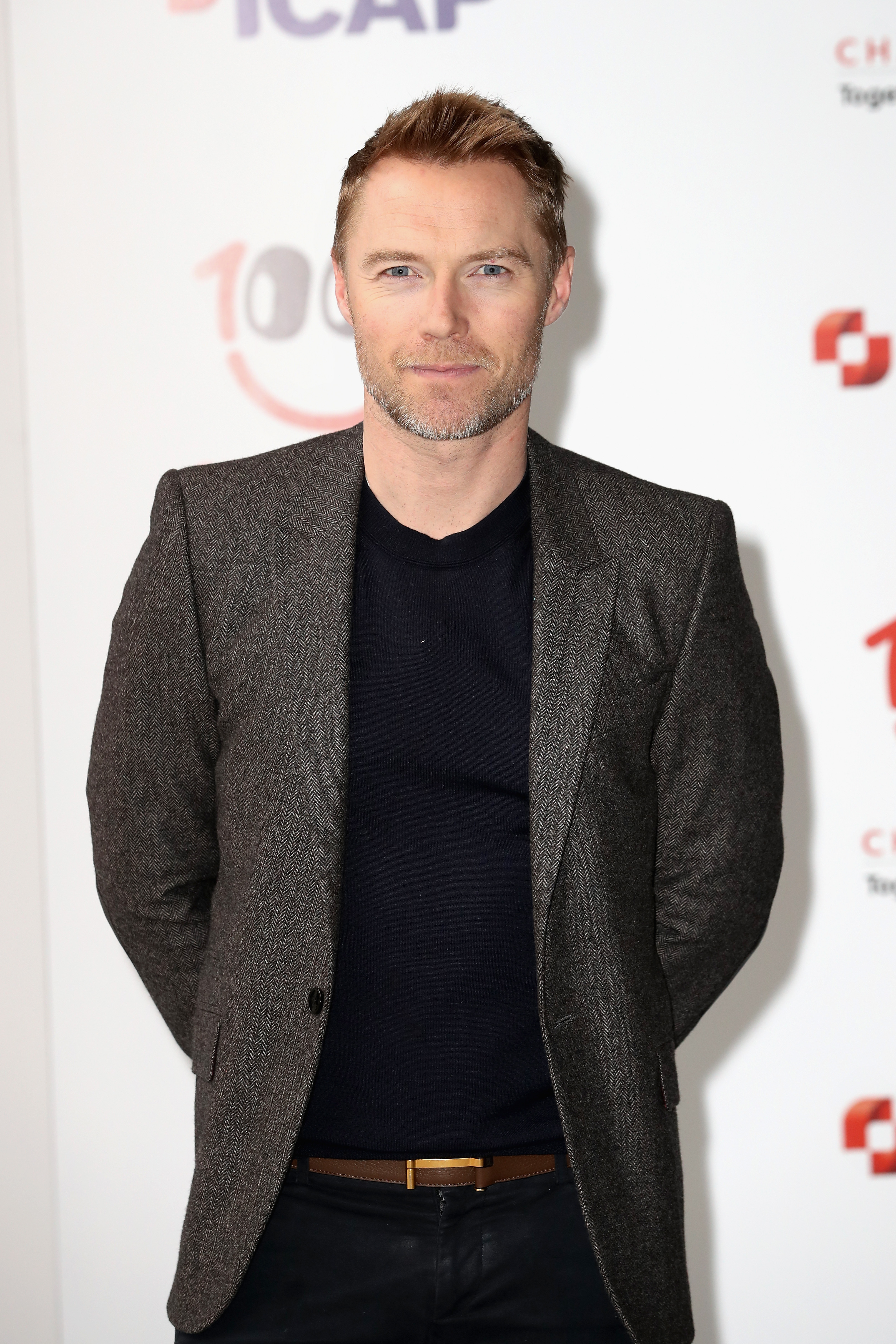 The Boyzone singer took things one step further than just talking badly about other bands, like Take That and Backstreet Boys in their hey day.

He said: “I’ll tell you what we were guilty of, we’d go in the record stores and we’d make sure our CDs were in front of Take That or the Backstreet Boys.”

Speaking on TalkRadio’s Driven Celebrities Podcast With Andy Jaye, Ronan, pictured, even admitted to buying loads of the band’s albums, revealing: “In the early days I’m sure we picked up the odd one or two.”

US rap sensation Megan Thee Stallion has finally got some Good News – her debut album, which is called just that. 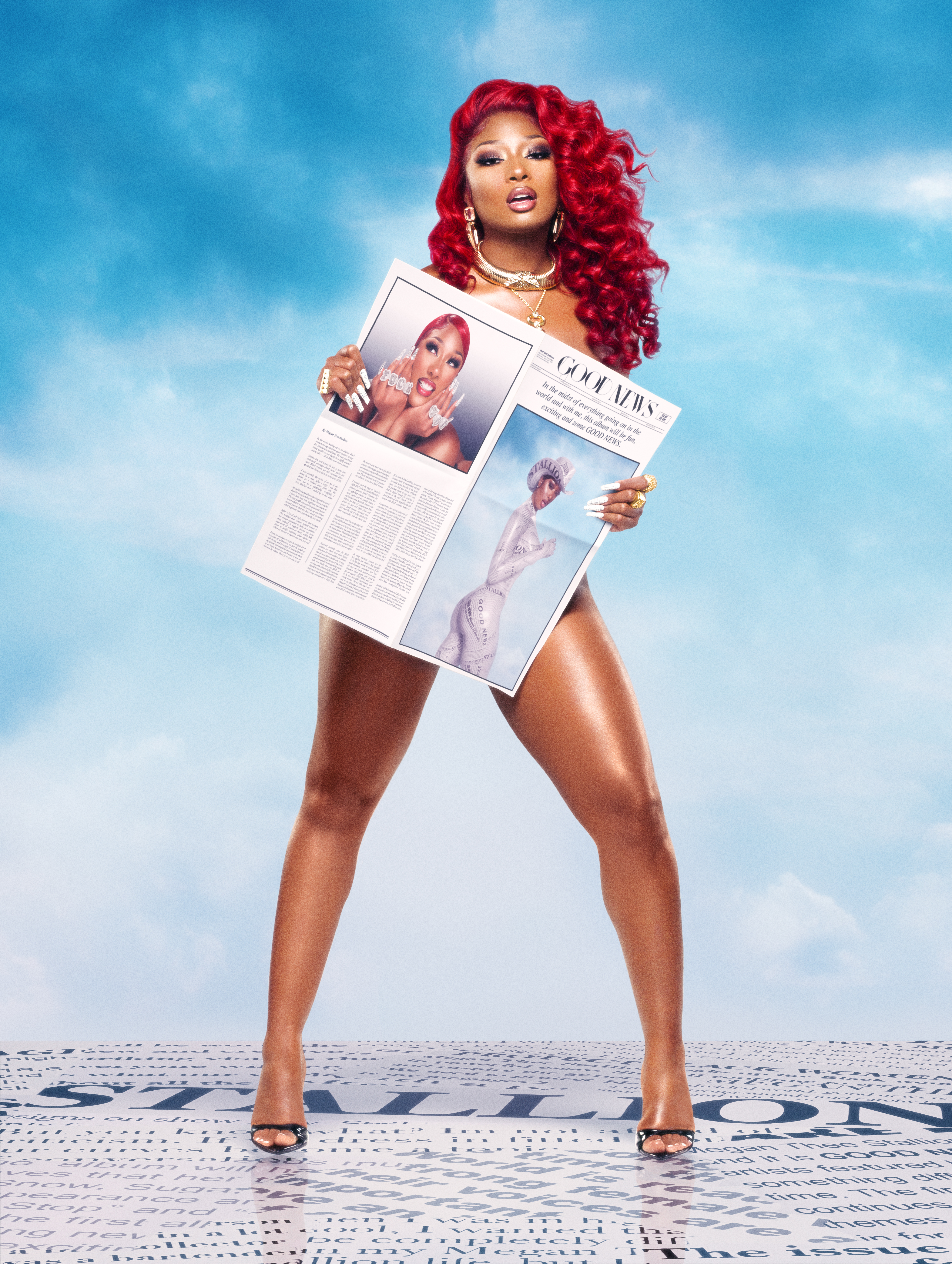 She announced the release with this striking photo, posing with a newspaper to protect her modesty.

Meg, who has already had big hits with Savage featuring Beyonce and WAP with Cardi B, will release Good News on Friday and said she hopes it will brighten up the year for her fans.

She said on Instagram: “Through this rough ass year we’ve all been having I felt like we could all use a lil bit of good news.”

It’s not been an easy ride for Megan after her mum and grandmother died last year.

Then in July she was allegedly shot in the foot by rapper Tory Lanez following a row in his car.

She’s got plenty to rap about, that’s for sure.

Soph's so what to Abba kitchen bitch 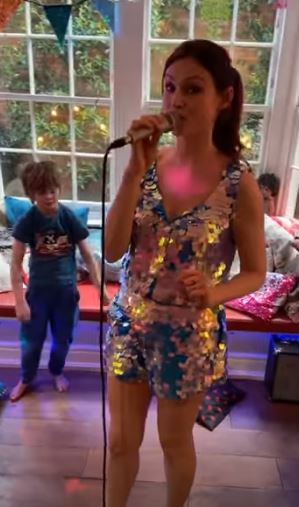 SOPHIE Ellis-Bextor has joked that ABBA legend Bjorn Ulvaeus probably doesn’t have a clue who she is after she called him out for saying it was “boring” seeing artists live streaming their music from their homes in lockdown.

The Crying At The Discotheque singer, who did karaoke gigs from her kitchen, tweeted him to insist her discos weren’t boring after he made the remark in an interview. 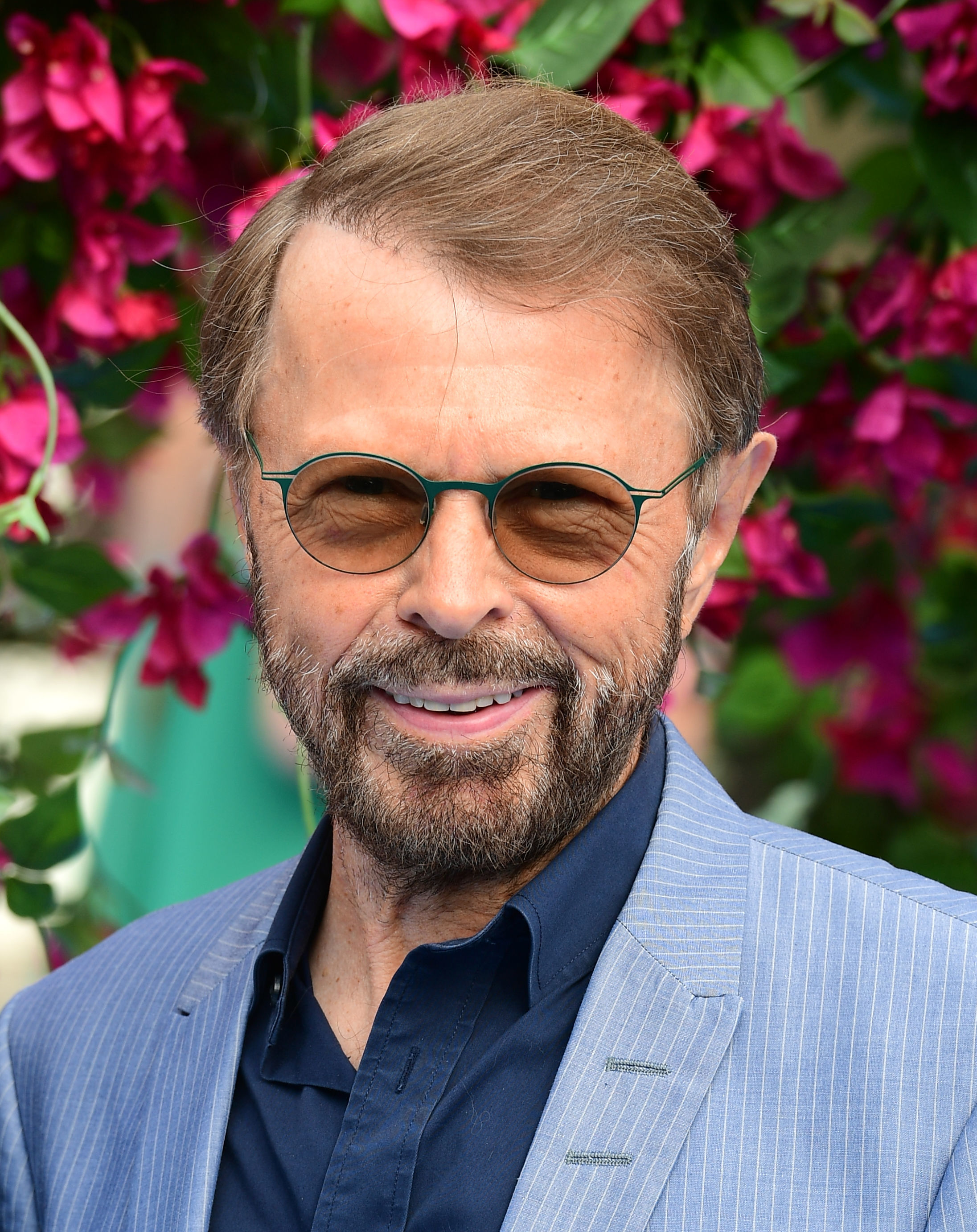 But during an exclusive chat to mark the release yesterday of her first greatest hits collection, Songs From The Kitchen, Sophie said: “I don’t think he even knows who I am.

“But that ‘boring’ for me has provided a lot of entertainment. So it’ll do for me.”

DONALD TRUMP “bullied” his way into getting a cameo in Home Alone 2 because he owned one of the film’s locations, The Plaza hotel.

Director Chris Columbus recalled: “We paid the fee, but he also said, ‘The only way you can use the Plaza is if I’m in the movie.’… He did bully his way into the movie.”

In the 1992 film, Trump gives Kevin (Macaulay Culkin) directions to the hotel lobby.

It's Phar-out: Ri-Ri in space 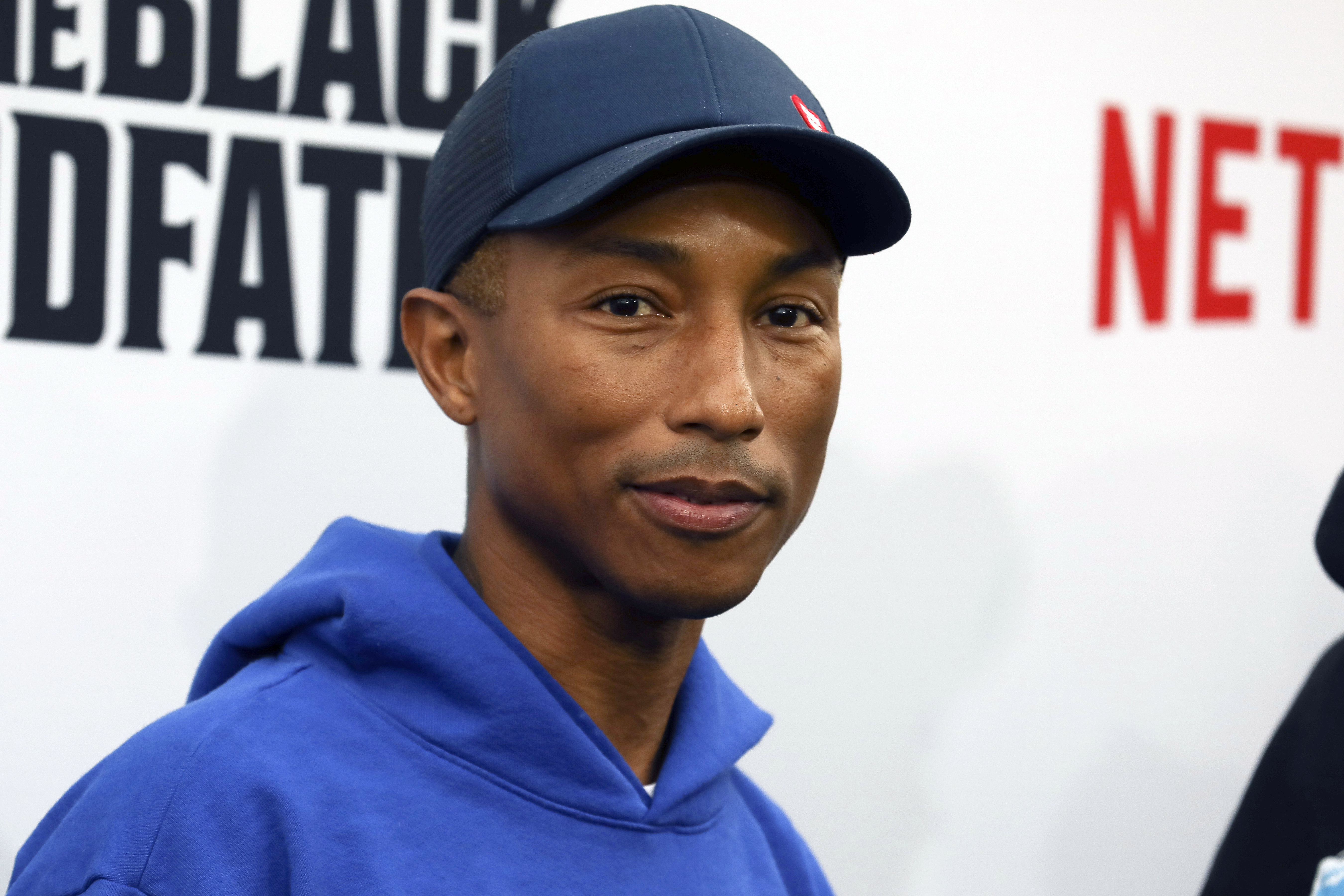 PHARRELL Williams had some extremely cryptic comments to make when asked what Rihanna’s ninth album is sounding like, having recently worked with RiRi.

The singer and music mogul said: “Rih is in a different place right now.

“I‘m willing to bet, because Venus is gaseous, that if they had a telescope that could zoom through all that s**t, you’d see Rih laying there naked.” 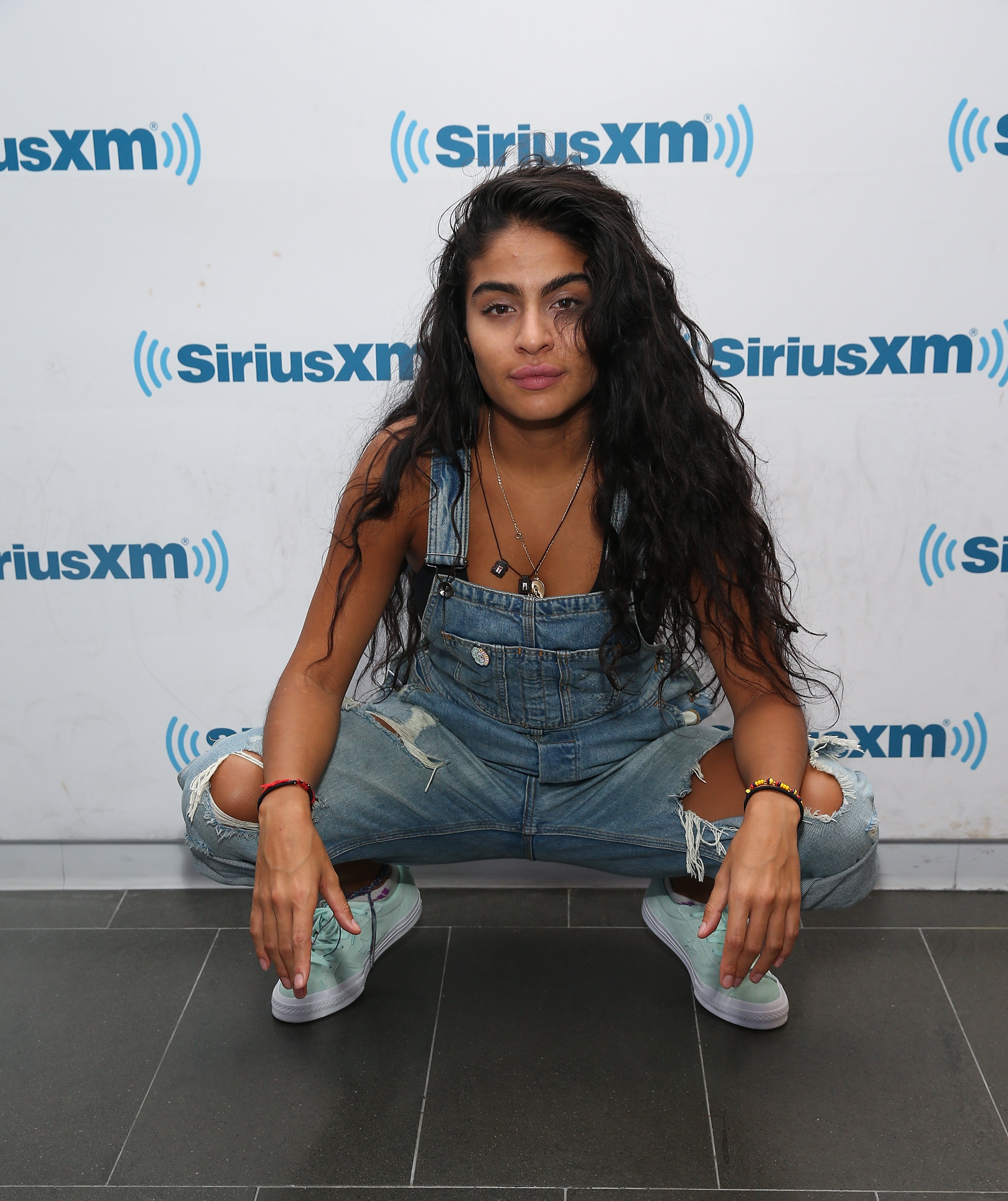 Jessie got on board after the original went viral on TikTok, and band member Savana Santos said: “Her lyrics are otherworldly, her tone is next level and we are so excited to collaborate on this with her.

"As soon as I started listening to it I had to run to my car to bump it up as loud as humanly possible.”

LIL NAS X clearly isn’t afraid about being labelled a “one hit wonder” after the mammoth success of his song Old Town Road last year, which holds the record for the most weeks ever at No1 in the US.

On his new festive tune Holiday, the two-time Grammy winning rapper sings: “I got the biggest damn song, f* the charts, sis, I don’t need ‘em.

“They wanna know if I’ll be lasting. Bch, even if I started flopping, there’d be fashion.”

TAYLOR Swift is following in pal Ed Sheeran’s artistic footsteps by taking up painting to pass the time in 2020.

The superstar, who is currently believed to be living in the UK with boyfriend Joe Alwyn, said it had been a source of inspiration after it was revealed Ed recently sold a painting for £40,000. 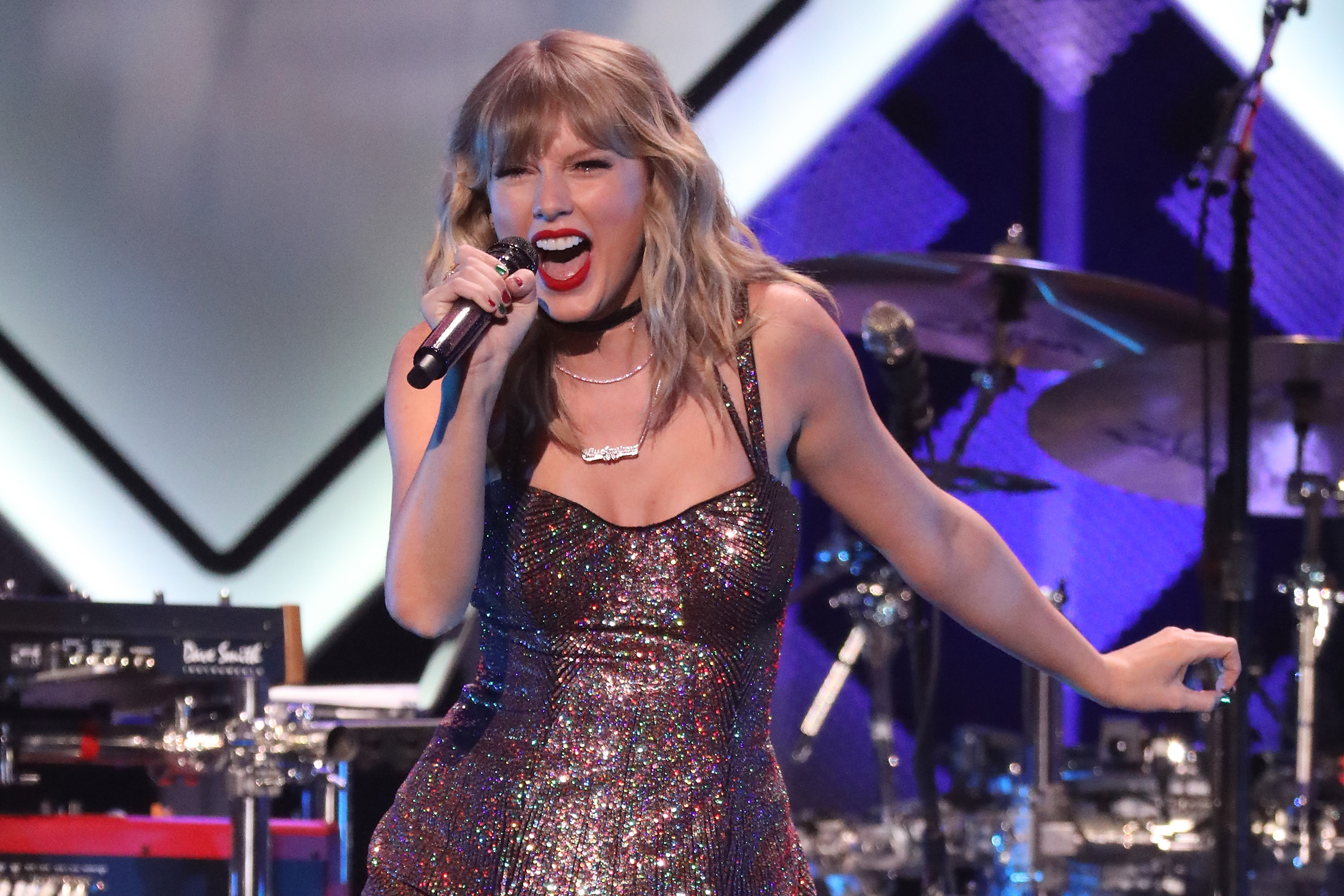 Taylor explained: “I’ve been painting a lot. Acrylic or oil. Whenever I do watercolour, all I paint is flowers.

“When I have oil, I really like to do landscapes. I always kind of return to painting a lonely little cottage on a hill.”

It’s not the only art she’s made this year though, having put out her No1 album Folklore, which she admitted is extremely personal.

Despite saying much of the album was written by “imagining” she was someone else, she confessed that Peace, which features the line “I want to have your child”, is very much about her own relationship. 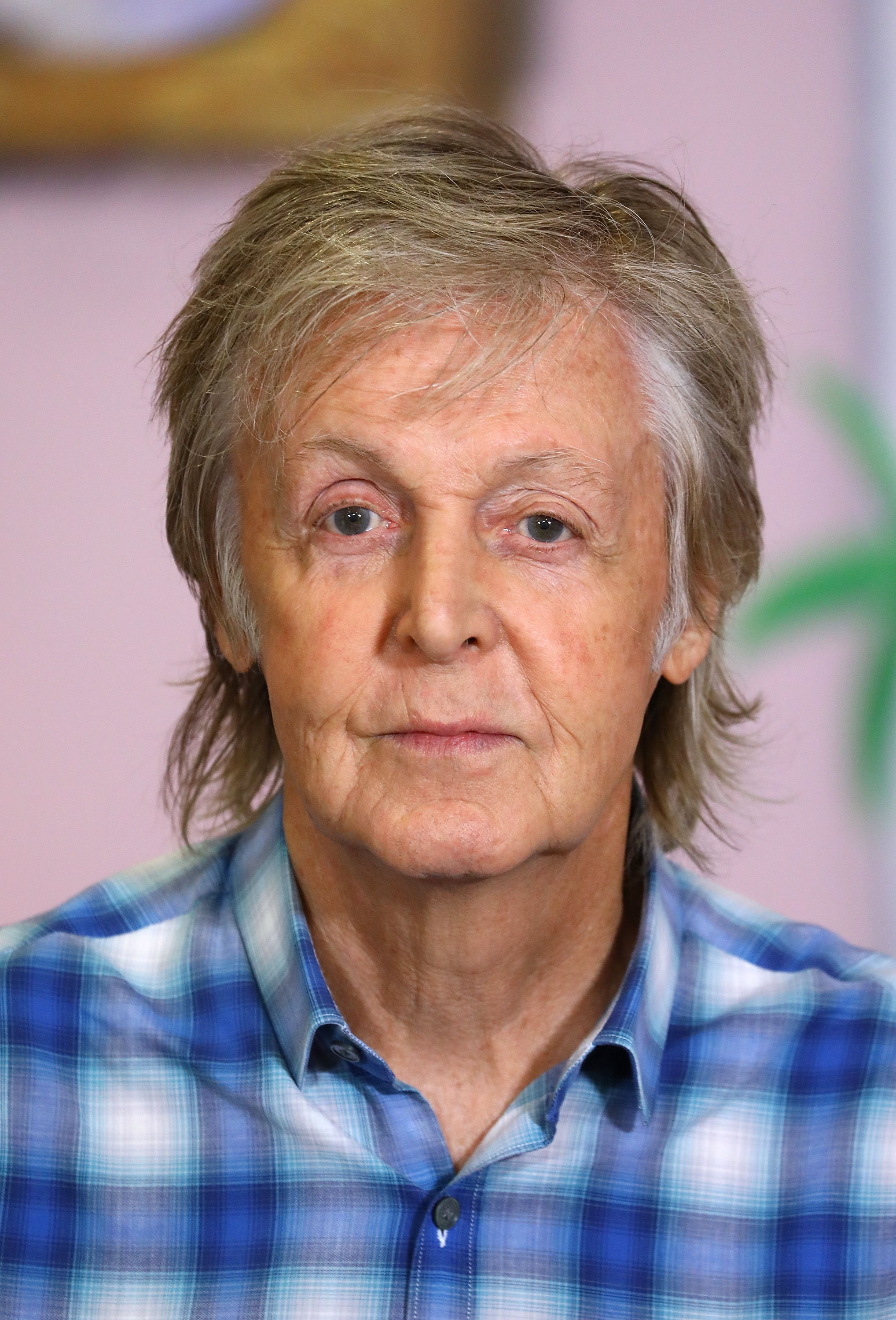 She explained: “Peace is more rooted in my personal life. How scary that can be when you do fall in love and you meet someone, especially if you’ve met someone who has a very grounded, normal way of living.”

She made the comments in a conversation with Sir Paul McCartney for Rolling Stone magazine, in which he said he had planned to bring Taylor out at his Glastonbury set in June – which was cancelled because of the pandemic.

He told her: “It would’ve been great. And I was going to be asking you to play with me. I would’ve done Shake It Off.”

Now that they’ve teased this epic performance, I’m keeping everything crossed they pull through and team up next summer down on Worthy Farm.