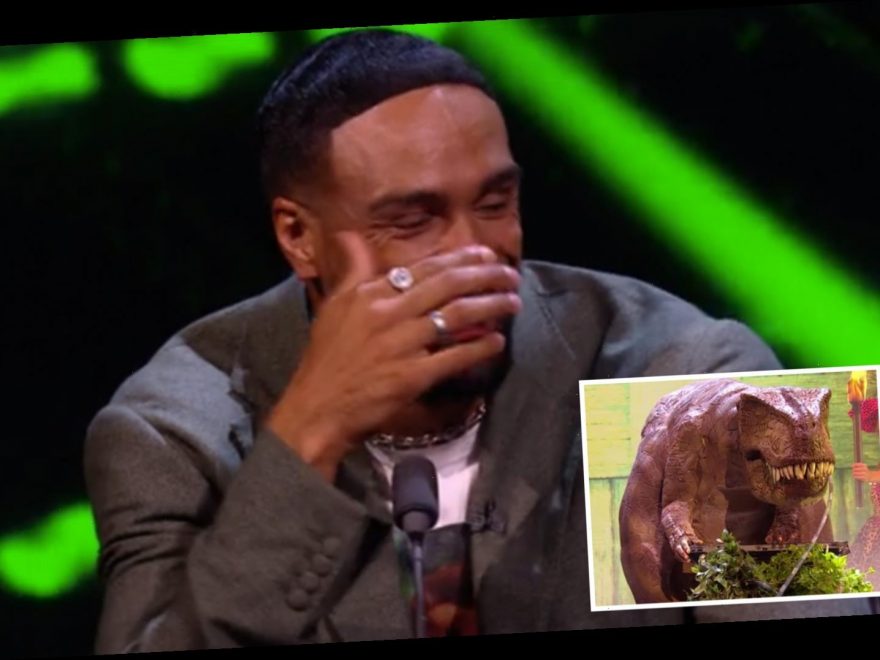 ASHLEY Banjo will be seen getting an attack of the giggles as he watches a singing dinosaur perform on tonight's Britain's Got Talent.

It come after the dancer, 31 makes a victorious return to the show after Ofcom cleared his group Diversity's Black Lives Matter performance. 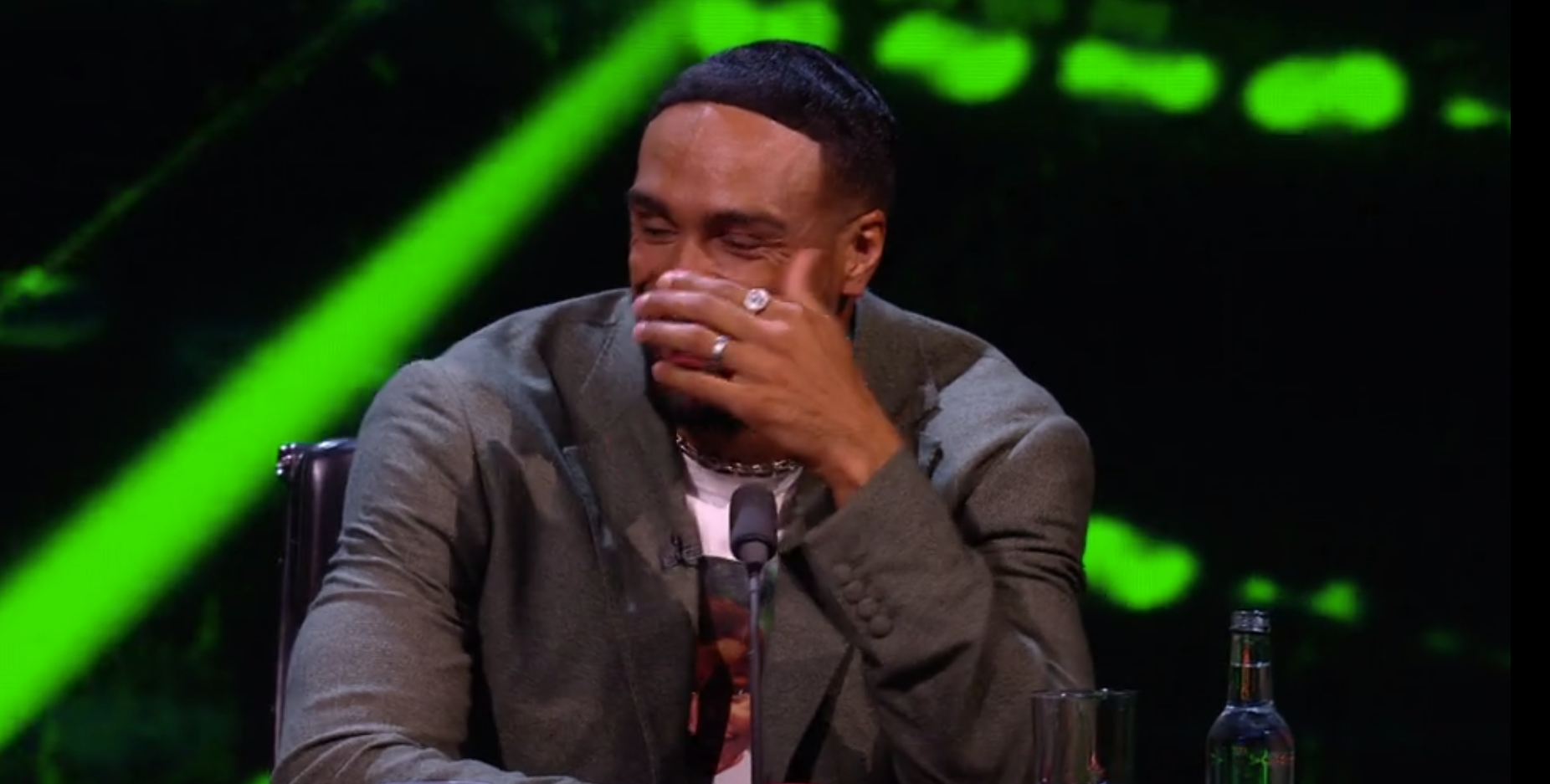 This evening's show will see Ashley crack up as Dario the Dinosaur takes to the stage.

The hunky star can't contain his laughter as Dario gives his own unique rendition of David Guetta and Chris Willis’ Love Is Gone.

He's join by fellow judge Alesha Dixon, who also gets the giggles.

Dario will be seen performing his song with a Jurassic Park background and tribal dancers.

You'll have to tune in tonight to see if Ashley and the rest of the judges put the dinosaur through to the next round. 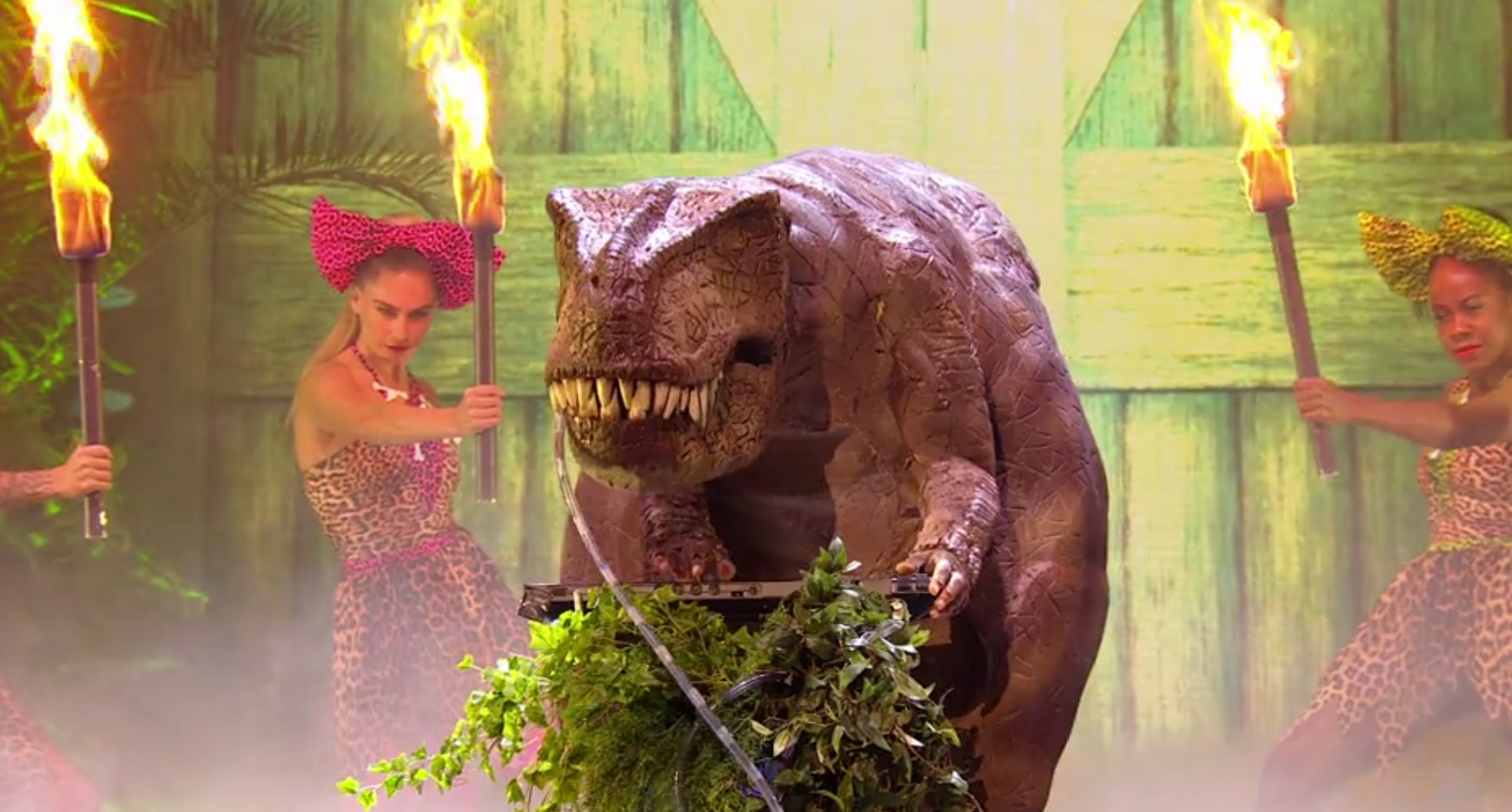 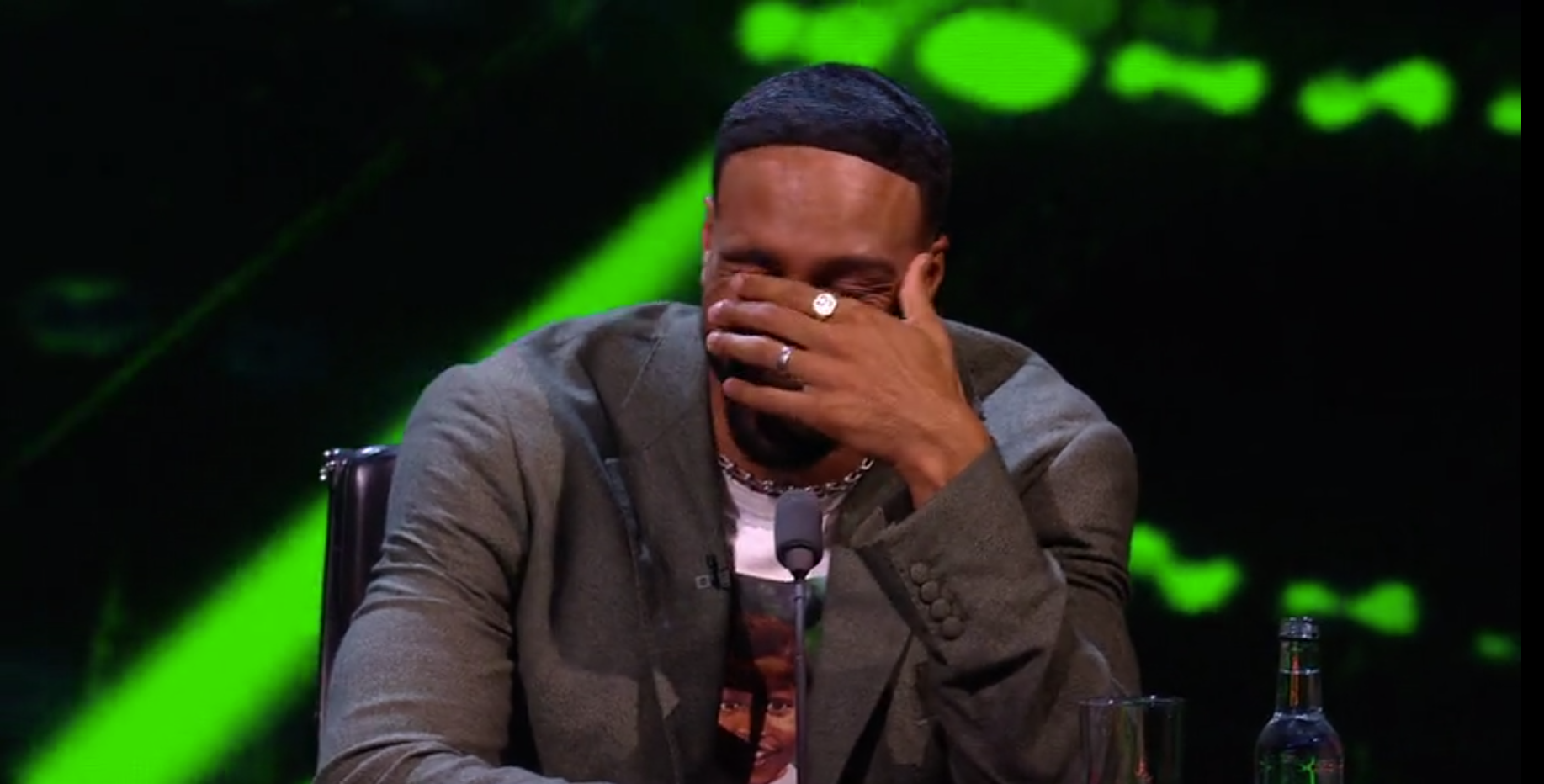 Meanwhile, Ashley will stand tall tonight after his dance group Diversity were backed by Ofcom over their Black Lives Matter performance.

Diversity's dance, which saw a police officer kneeling on Ashley's neck, racked up 24,500 complaints from viewers.

But earlier this week, Ofcom ruled that it would not be launching a probe into the segment, which aired during BGT's first live semi-final two weeks ago.

Ashley will remain defiant as he returns to the judging panel to once again replace injured Simon Cowell on the ITV1 talent show. 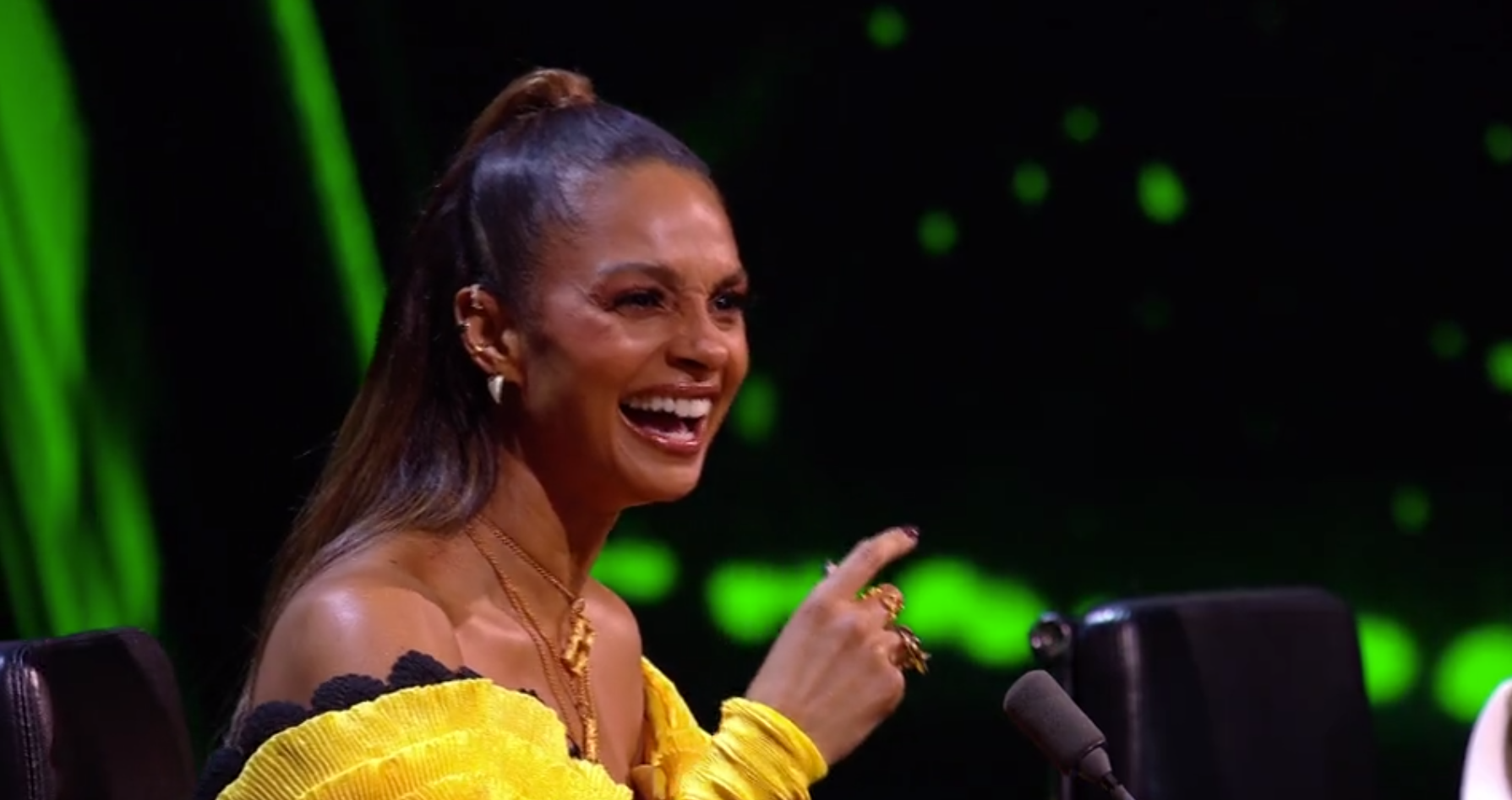 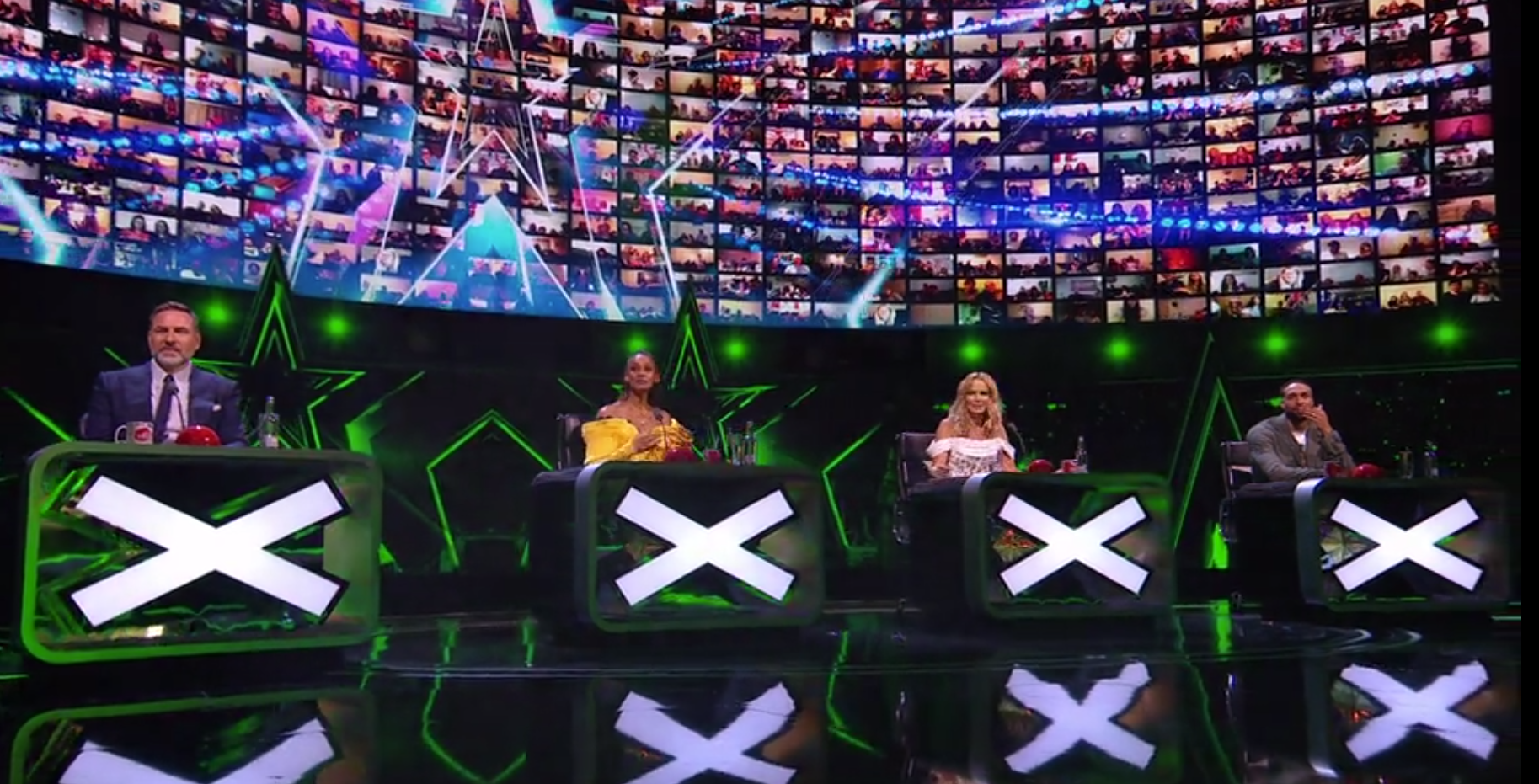 In sneak peek pictures, the star – who won BGT with Diversity in 2010 – can be seen entering the stage and doing a salute-style gesture.

Smiling, Ashley is wearing a symbolic T-shirt featuring an image of a black child.

The choreographer and dad-of-two has teamed his tee with a smart suit, white chunky trainers and a beaded necklace.

Diversity's BLM performance is close to being the most complained-about moment of the decade – just behind the 25,327 who objected to Celebrity Big Brother's 'punchgate' row involving Roxanne Pallett and Ryan Thomas.

Ashley acknowledged Diversity were likely to breach that record by sharing a snap of himself and his daughter, commenting: "Just me and Rosie patiently watching as we head for the number 1 spot."

The performance, which aired in the first semi-final of the 2020 series, referenced the death of George Floyd in the US and saw Diversity take the knee.