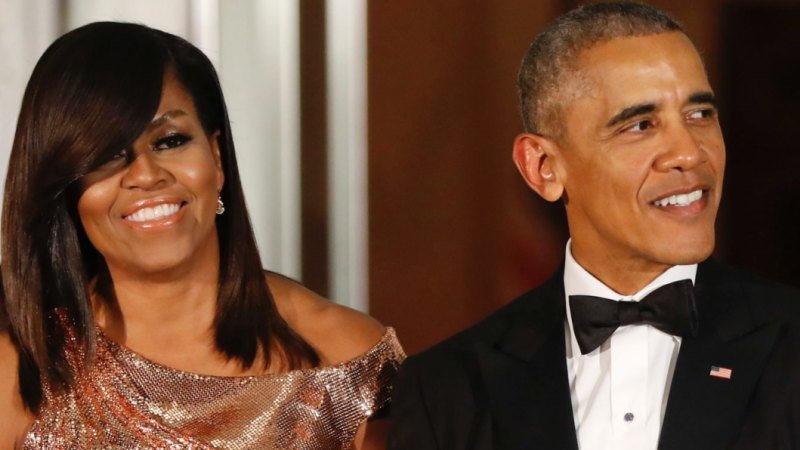 Not content with being the coolest couple on the planet, Barack and Michelle Obama have now become film producers. Under a "storytelling partnership" with Netflix, their company Higher Ground has a slate of seven projects – both movies and documentaries – selected for their relevance "to our daily lives".

The first of these, American Factory, a documentary series about a Chinese billionaire who opens a factory in a disused car plant in Ohio, goes out on US Netflix on August 21. Projects to come include a 30-minute children's series about food, a series about a New York camp for disabled kids and a film adaptation of the 1982 hit play, Ma Rainey's Black Bottom, produced by Denzel Washington. That might show the power of the Obama name: until now, Denzel has been shy about working with the likes of Netflix. 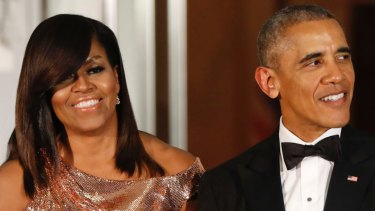 Let's stop and think about this for a minute: the former leader of the free world and his utterly impressive wife, a powerhouse in her own right, are going to embrace Hollywood, take meetings and try to make good programming in a town notorious for its corruption, dishonesty and degradation? I can hear the 44th president's response now: "You been to Washington lately?"

Politics and entertainment have long been entwined in America, but this is something different. Hollywood has launched political careers, making household names of mediocre actors and real estate spivs – Reagan and what's-his-name, for example – but when has an ex-president ever gone back the other way, diving into the swamp, rather than emerging from it? The Obamas appear to think Netflix is the perfect platform for their reforming zeal. Their slate is heavy with good intentions and issues-based projects, but they are entering the business at a time of great change. The plates are shifting beneath the entertainment business, especially around Netflix and its competitors. Barack and Michelle may find the higher ground is shakier than they expected.

In one decade, Netflix has remade the landscape, disrupting the old ways of buying, selling and distributing filmed entertainment, both big and small screen. It now has 152 million subscribers around the world, far ahead of its competitors. It carries no advertising, so it does not have to tell anyone what they are watching (and it usually doesn't). It buys all rights to the movies and series it wants – and what it wants, it usually gets, spending up to $US15 billion this year on programming. It has upset theatre-owners by ignoring the old model, where the theatres were at the top of the releasing pyramid. It's also winning lots of awards, even if the Oscars wish it would go away.

What could possibly go wrong with this new Roman (and streamin') Empire? Quite a bit, actually. Until now the studios have been willing to license some old shows and movies to Netflix, where they are among the most popular offerings, but that will change soon when the old kids on the block begin to flex their muscles. Disney is about to launch Disney+, its own streaming platform, so there go all the Marvel and Star Wars and Pixar movies from Netflix. WarnerMedia and NBCUniversal are to do the same, so there go some of the most popular bingeing shows such asThe Office and Friends. Apple has agreed a deal with Samsung to make iTunes accessible on all Samsung products. Put them all together and Netflix starts to look more like King Kong at the end of that movie – clinging to the top of the Empire State Building, swatting a big hairy arm at the irritating competitors.

The cost of maintaining its lead will tax Netflix, but the world market is potentially huge – at least a billion people, even without China. As the mobile phone and internet spread, the streaming services will swim in its wake, like sharks. Facebook is now experimenting with allowing users to access their video subscriptions through Facebook, for a cut of the sub. The potential reach of a successful Obama-produced series might, therefore, become enormous but you have to wonder, if it came down to a meeting between the Obamas and Mark Zuckerberg, who would come to whose office?