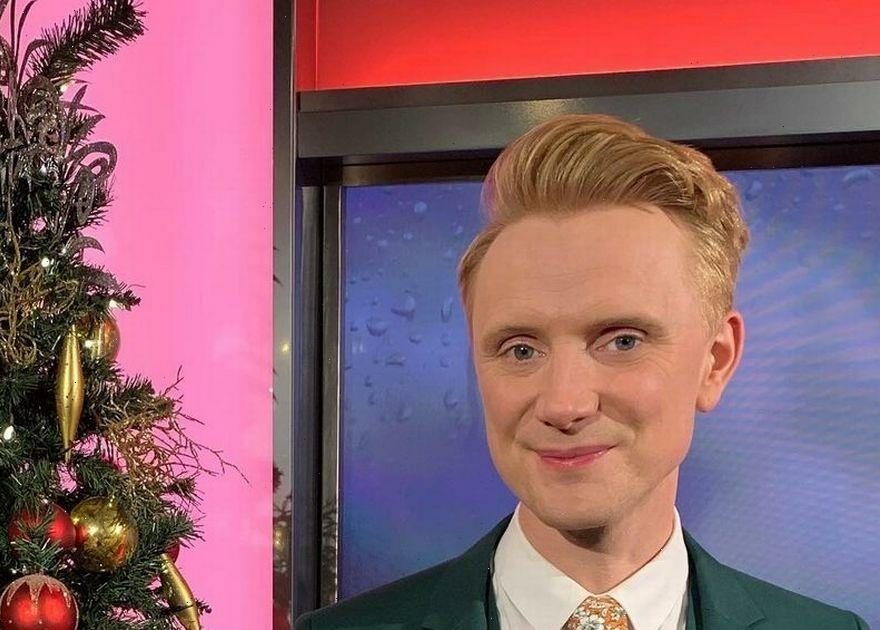 The presenters of BBC News and BBC Breakfast have become familiar faces in households across the country – including on Christmas Day.

But have you ever wondered how they spend the festive season?

Throughout the years, stars from across the BBC have given glimpses in their Christmas Day plans, traditions and even shared a secret or two from behind the scenes at the BBC studios themselves.

READ NEXT: BBC weatherman Owain Wyn Evans thanks fans as he makes emotional exit from role

As Christmas Day draws closer, Daily Star takes a closer look at some of the Christmas confessions that BBC presenters have revealed in the past.

Naga Munchetty gave fans a rare glimpse into her Christmas Day festivities in 2020, when she shared a sweet snap of her snuggling up with adorable cat Bella.

Another Instagram snap showed Naga lounging on a sofa as she snuggled up with her cats in her home, which she shares with husband and TV director James Haggar.

Sitting alongside a large glass of wine, she captioned the snap: "Bliss."

Fans took to the comments section to wish the presenter well for the festive season too, with one saying: "Very relaxing could watch that all day

"That looks like a purrrrfect Christmas Day! Merry Christmas!" added another.

Roger, 53, sparked a strong reaction from Naga when he revealed what he liked to have in his Christmas Day lunch.

As the pair talked about their favourite lunches, Roger revealed he was ditching tradition and wouldn't be having turkey, and might even be ditching the Brussels sprouts out.

Naga asked: ""Why won't you have sprouts? So? I love sprouts."

She added: " "I put a twist on them. f I can, I have them with onion and pancetta," to which Roger said: "Ah that's a Jamie Oliver recipe!"

Naga hit back: "Yes, and many others. It's quite a simple recipe really."

She then told viewers she would having "posh gravy" and sitting down to enjoy with her husband James Haggar.

In 2018, BBC News presenter Kate Silverton revealed a useful Christmas tip for keeping food warm while preparing a festive feast – by wrapping saucepans in towels and placing them under a duvet.

Speaking to Good Housekeeping, the former Strictly star explained that she learnt the tip she was living in a small flat "years ago," but could not afford an Aga to keep the spread piping hot.

She said: "Years ago, when I lived in a small flat and was cooking for my large family, I read a tip saying if you want to keep things warm, wrap the saucepans in towels and put them under your duvet. It works.

"Now I have an Aga, but when it’s a big gathering, I can still be found running upstairs with a saucepan of spuds to stick them under my duvet."

Owain too to Instagram to share a hilarious video, as he and his colleague Katie got into the festive spirit by dancing up against a Christmas tree on the Media City UK set in Manchester.

The stylish presenter, who donned an emerald green suit with an orange floral tie, also delighted fans as he gave a cheeky twerk by the tree.

Later taking to Instagram, he revealed a secret about the on-set tree – that is is powered by a motor and can actually move around.

He captioned the post: "Who knew the @bbcbreakfast Christmas tree is motorised? Well, nobody until this morning it would appear.

"I am not sure it has ever been danced against quite like this before but I think it enjoyed our performance @katiesaoirsebryson."

Naga asked the meteorologist what she had planned following BBC Breakfast's Christmas Day broadcast, and whether she had prepared her festive lunch in advance.

She said: "How much prep have you done for the big feast you’re putting on?"

However, Naga was left surprised by Carol's reply, with the weather presenter saying: "Absolutely none because I’m eating out. It’s got to be done, it’s too much.

A giggling, but surprised, Naga responded, saying: "I knew it. You’re a wise woman."

Channel 5 news presenter and former BBC Breakfast star Dan Walker surprised fans earlier this year, when he revealed that he had started putting up his Christmas decorations in October.

The Strictly star took to Twitter to share a photograph of a tiny Christmas tree decorated in lights on his kitchen counter, with the caption: "Too early?" followed by a laughing emoji.

The post seemed to divide his fans, with some saying that it was "far too early" to be putting decorations up, as one tweeted: "Late November at the very earliest. Have a word with yourself."

Another said: "The whole of October is Halloween! Christmas starts November 1st."

However, other fans did not agree and said it was never to early to put up the decorations, with another commenting: "We need things to make us smile."

Another agreed: "It's never too early to do what makes you happy."

Former BBC Breakfast presenter Louise Minchin revealed in 2021 that despite the festive celebrations long being over, she still had her Christmas tree up.

Speaking to co-host Dan Walker on BBC Breakfast in 2021, the presenter revealed that her real tree was still up and that she turned on the light every night.

"Honestly I think what’s happening is it’s now petrified – of me probably! It’s not dropping any needles or anything. I’ll send you a picture tomorrow," said Louise.

"I’m just going to carry on – I’m not sure when it’s going to end. It’s all there – I turn the lights on every night. I know I’m not alone."

She continued to explain that she knew she was "not alone" in keeping her Christmas decorations up to brighten her mood during lockdown and the Coronavirus pandemic, which saw many people put their decorations up early and keep them up in the following months.

Louise added: "I’m really delighted because I went on an essential shop and I noticed somebody still had their wreath up, which I took a picture of – I’m not alone!"