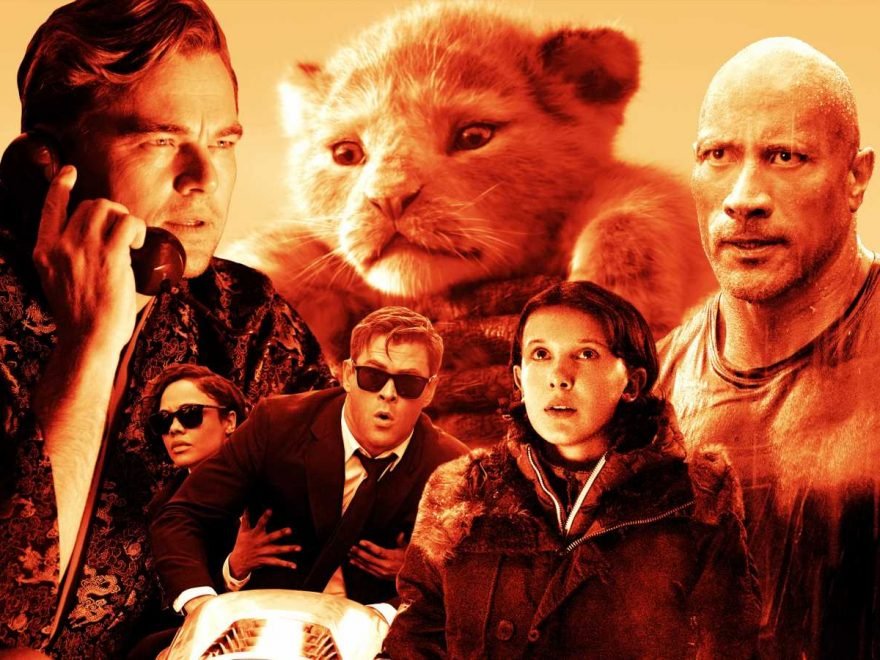 A lagging summer at the box office produced a greater-than-usual share of spectacular duds, while also generating a few billion-busting hits. Below is a rundown of the 17 biggest winners and losers of summer 2019 (with global performance data and production budgets from Box Office Mojo):

Loser: Shaft (June 14): $21 million
Shaft proves that even the most bankable star in Hollywood can sometimes have a total bomb. Back in January, it was tabulated that Samuel L. Jackson’s 120 movies have earned a staggering $13.3 billion worldwide. Shaft won’t change that estimate one bit. The action sequel came and went so quickly you probably didn’t realize it was released.

Winner: Rocketman (May 31): $186 million
Many compared Rocketman’s performance to last year’s Bohemium Rapsody, which is pretty unfair. Yes, the subject matter is similar, and both films had around a $40 million budget and even shared the same director (Dexter Fletcher). But Rocketman was R-rated vs. Rapsody’s PG-13 and the latter was the highest-grossing music biopic of all time. It’s like releasing a new R-rated superhero title and everybody goes, “But Avengers: Infinity War did a lot better, didn’t it?” Imagine if Rocketman had come out first. Then the story would have been: “Look, a music biopic about a classic rock superstar did really well!”

Loser: Dark Phoenix (June 7): $252 million
Back in 2016, X-Men: Apocalypse sounded the franchise fatigue warning bell loud and clear. Then came Dark Phoenix to prove X-Men needs a rest, a rethink, or both. With a reported $200 million budget, Dark Phoenix only made $65 million domestically and Disney blamed the title on its earnings call last week for hurting its quarterly returns now that Fox under the studio’s umbrella. Since Disney now owns X-Men, it’s been hinted that the mutants will show up in future Marvel titles (because everything eventually will).

Winner: Aladdin (May 24): $1 billion
Weak reviews and some online mockery doesn’t change the fact that Aladdin hit the big B. In fact, if you don’t adjust for inflation, Aladdin is Will Smith’s most successful film ever, edging out Independence Day. On Rotten Tomatoes, the critics’ average score (57 percent) and audience score (94 percent) were notably split too. The film’s performance overshot expectations and — along with The Lion King — suggests Disney’s live-action reboot strategy is working even if fans of the originals gripe.

Loser: Child’s Play (June 21): $29 million
Child’s Play was envisioned as the relaunch of the horror franchise. Though the title may have earned back its low budget, and had a clever AI angle on the well-trod story, these returns are really meager — especially when compared to that other haunted doll movie.

Winner: Annabelle Comes Home (June 28): $219 million
The Conjuring universe keeps paying big dividends with its latest release. The hey-it’s-better-than-expected third Annabelle film only cost around $30 million to produce. After grinding out The Nun less than a year ago and The Curse of La Llorona this spring, WB is smartly tapping the brakes a bit on the horror franchise, making fans wait more than a year for its next title, Conjuring 3.

Loser: Godzilla: King of the Monsters (May 31): $385 million
No-brainer theory: People like summer monster movies best when the story is likable people vs. scary monsters — like the original Jurassic Park or even last year’s surprise hit The Meg. Granted, Godzilla is technically a kaiju hero, but trailers for Godzilla: King of the Monsters were full of adoring monster shots while human characters yelled at each other. The film came in well below other titles in the franchise like 2014’s Godzilla and 2017’s Kong: Skull Island. Not a flop, but disappointing given a budget around $170 million. A sequel, Godzilla vs. Kong, will try again next year.

Split Decision: Midsommar (July 3): $34 million
Hipster horror darling Ari Aster’s latest shocker received positive reviews and has almost certainly turned a profit given its reported $9 million budget. But the film still performed quite modestly for a horror title, and earned half as much as Aster’s previous cult sensation, last year’s Hereditary. Unfortunately for the state of indie film, the title was touted as the biggest indie launch weekend of the year despite opening outside the top 5.

Split Decision: Booksmart (May 24): $25 million
Given this was Olivia Wilde’s buzzy and acclaimed directorial debut (with a huge 97 percent critic average on Rotten Tomatoes), it’s poor performance generated controversy and finger-pointing — from the film’s marketing to its wide rollout strategy. But it’s very low reported budget ($6 million) offsets that very low box office. Wilde noted: “A wide release for a small film is def a major gamble. I’m lucky my first movie is in any theater at all! Also proud a movie like this can be seen by the entire country at once.”

Winner: Toy Story 4 (June 21): $990 million
Of course it’s a winner. This performance is pretty much in line with the other Toy Story films when adjusted for inflation. Another family-friendly title Detective Pikachu ($431 million) also did well, while Secret Life of Pets 2 ($378 million) was considered a slight disappointment given expectations.

Loser: Men in Black: International (June 14): $250 million
The worst performing film in the sci-fi-comedy franchise plus lousy reviews make for an unsuccessful attempt at reviving the series despite the reteaming of Thor: Ragnarok duo Chris Hemsworth and Tessa Thompson.

TBD: Once Upon a Time in Hollywood (July 26): $108 million
How is this not already a Winner? It’s Quentin Tarantino’s “Biggest Opening Weekend Ever,” right? Isn’t it a triumph of original filmmaking amid a summer of sequels and franchises? But let’s imagine for a moment that Once Upon a Time in Hollywood wasn’t an acclaimed Tarantino movie. Imagine this was, for example, another Maze Runner sequel (as painful as such a prospect is to consider). What if this Maze Runner movie cost $90 million to make (plus marketing) and has earned $100 million domestic thus far? Now imagine further this hypothetical Maze Runner movie also had reportedly huge back-end talent deals and one trade magazine claimed the film needs $400 million to break even. Even with the title yet to open in most foreign markets — where it’s expected to do quite well — that’s a steep hill to climb just to get into the black, so this one is still too soon to call  … Actually, you might have been more likely to get your money back if you invested instead in the movie where the alligator chases the girl from The Maze Runner around a house (Crawl, starring Kaya Scodelario, a film that was also an original idea, has nearly the same glowing Rotten Tomatoes score as OUATIH, but only cost $14 million to make and has earned $59 million).

Winner: Fast & Furious Presents: Hobbs & Shaw (Aug. 2): $331 million
Performing well for a spinoff with a muscular $200 million budget. If only the film was released under its incredible Japanese title — Wild Speed: Super Combo — it might be doing even better. Also, near the end of the film, The Rock takes off his shirt for a fight scene, then runs and jumps on the back of a truck where he somehow whips out the shirt again and puts it back on mid-chase in order to resume wearing a shirt for the rest of the film’s climax. This admittedly has nothing to do with the film’s box office, but was kinda amazing.