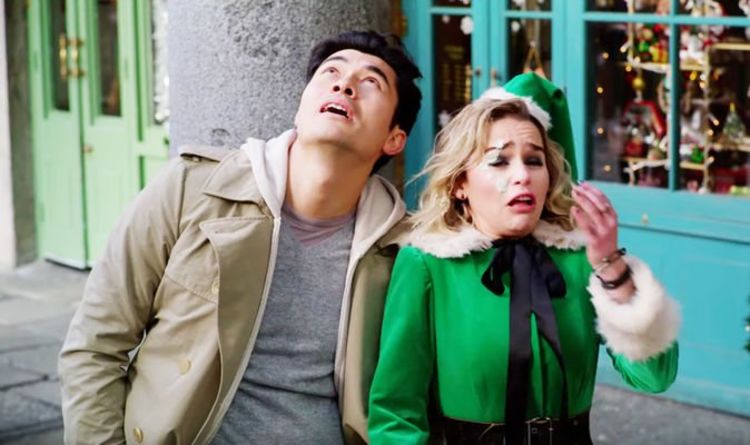 This Christmas we’re getting a new rom-com from Love Actually star and Bridget Jones’s Baby screenwriter Emma Thompson. Last Christmas stars Game of Thrones’ very own Daenerys Targaryen, Emilia Clarke as Kate, a Christmas shop employee. The official synopsis reads: “Kate (Emilia Clarke) harumphs around London, a bundle of bad decisions accompanied by the jangle of bells on her shoes, another irritating consequence from her job as an elf in a year-round Christmas shop. Tom (Crazy Rich Asians’ Henry Golding) seems too good to be true when he walks into her life and starts to see through so many of Kate’s barriers.”

It continues: “As London transforms into the most wonderful time of the year, nothing should work for these two.

“But sometimes, you gotta let the snow fall where it may, you gotta listen to your heart.”

The new trailer which teases what could be the next Love Actually includes a hilarious scene where Clarke’s Kate is hit in the eye by a bird’s poo from above.

Meanwhile, Last Christmas includes the music of the late George Michael, which will obviously include his holiday classic that the title is named after. 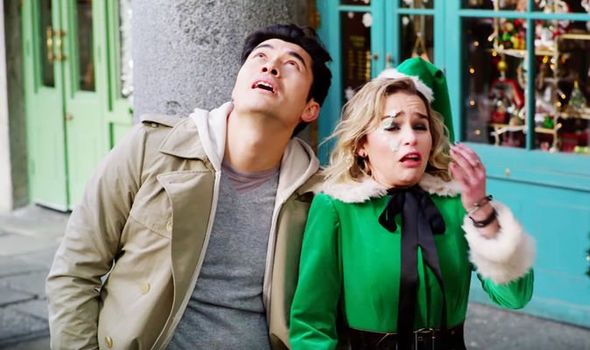 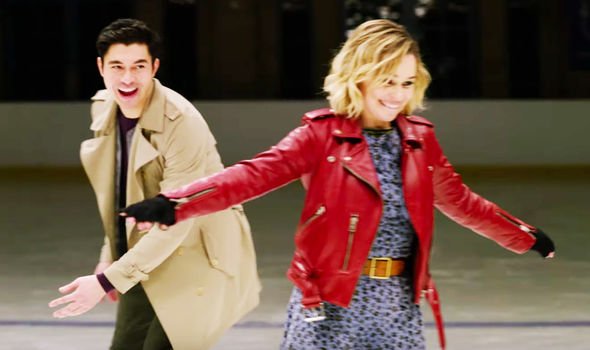 The film will also include unreleased material by Michael to debut in the film.

Last year Express.co.uk interviewed Golding at the Crazy Rich Asians junket asking if he’d be a contender for any high-profile action movies in the future – perhaps one with a licence to kill?

Golding replied: “Absolutely. I know a little bit of fisticuffs…”

“They don’t say that any more? I could use the old white glove [mimes slapping someone in the face with a glove] Oh, touche [laughs].” 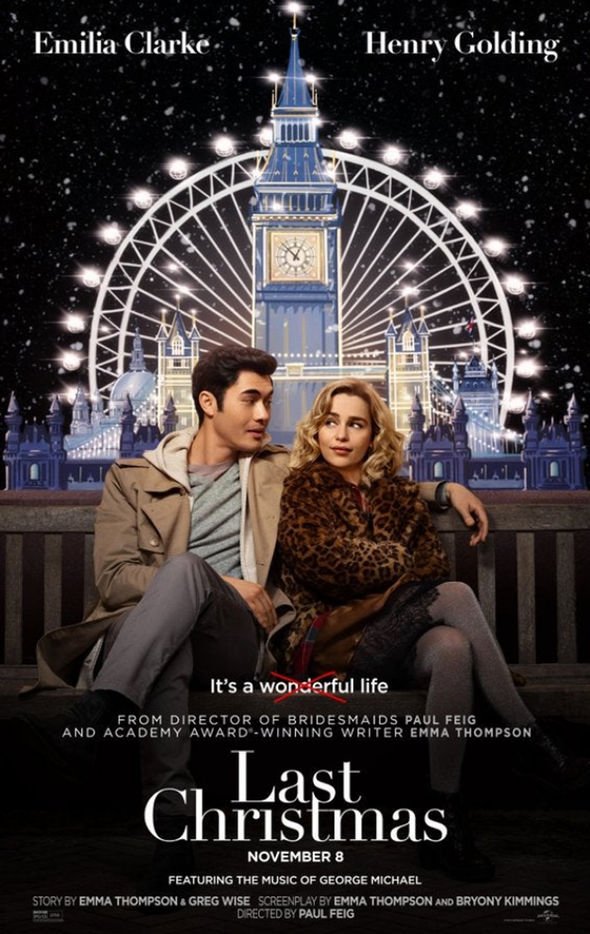 Golding added: “No, I used to do a little bit of Muay Thai as a kid, a bit of boxing…”

“So an action movie, a sci-fi action movie would be my favourite thing in the world to do.”

As it stands, Golding’s best odds are 22-1 to be the next James Bond.

Last Christmas is released in UK cinemas on November 8, 2019.