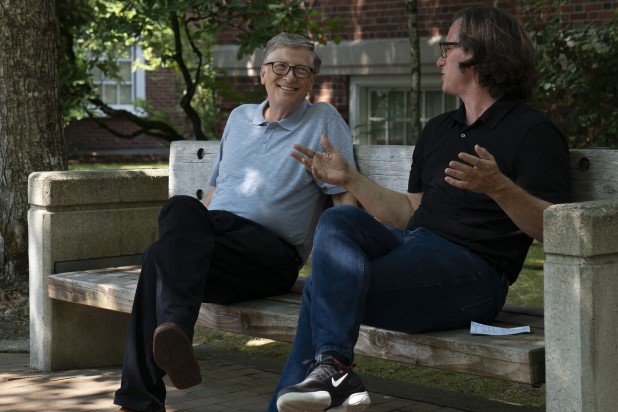 Netflix released the first trailer for “Inside Bill’s Brain” on Thursday giving a small glimpse into the many, many problems the Microsoft founder’s mind is attempting to work through at any given moment.

The three-part docuseries from “An Inconvenient Truth” director Davis Guggenheim, “Inside Bill’s Brain: Decoding Bill Gates” explores “the mind and motivations” of the celebrated tech leader-turned-philanthropist, drawing on interviews with Bill and wife Melinda Gates in addition to their friends, family, and partners in philanthropy and business.

Right off the top, Guggenheim asks Gates what his greatest fear is. He replies wistfully, “I don’t want my brain to stop working.”

As shown in the trailer, “Inside Bill’s Brain” will not only explore the history of Gates’ career and personal life, it will also explore his attempts to work through macro-level problems like climate change, disease and world hunger via his charitable foundation.

The series is set to debut the streaming service on Sept. 20.

Watch the trailer above.