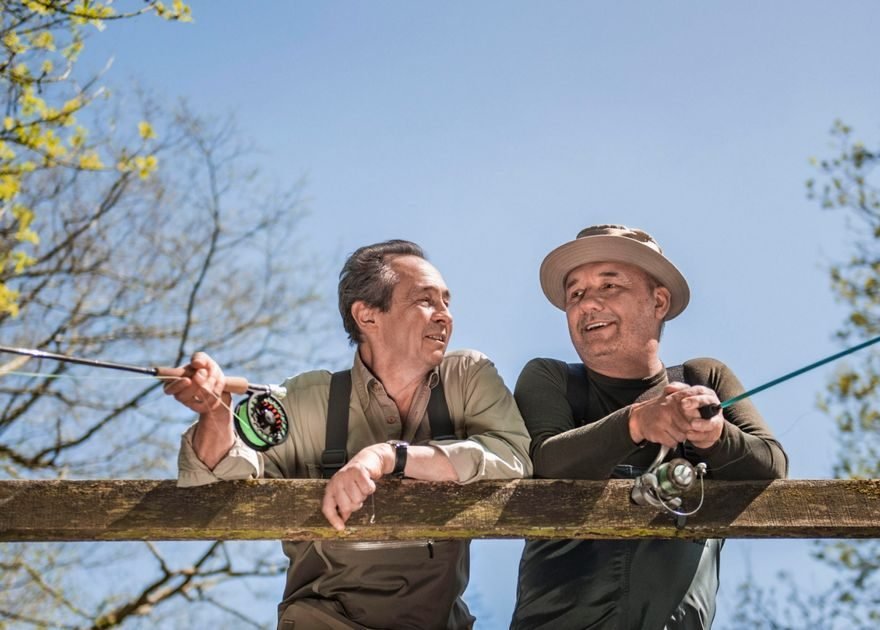 Telly fishermen Bob Mortimer and Paul Whitehouse may have saved lives by using their angling show to have heart-to-hearts about health.

Both comics have had heart ops and their chat about it on Gone Fishing has encouraged others to get checked out.

Bob, 60, who had a triple bypass in 2015 as his arteries were 95% blocked, said: “I get hundreds and hundreds of, I suppose, thank-yous. ‘Thank you, I’ve just had the operation, and it was great to see there’s life after it’.

“Or, you know, ‘Thank you, because of the show we made our dad go and get checked and it turns out he needs a bypass’.”

Paul, 61, who had three stents fitted 12 years ago, said: “We get people saying, ‘Thanks for the laughs’, but it’s very different when you get people coming up and saying, ‘Thanks, my dad watched your show, and as a result I made him go and get his heart checked’.

“It’s been very rewarding for a couple of old cynics.”

Bob said: “I hope there will be people coming home from hospitals now and they can have a look at our show and see it’s OK. It’s fine.”

In the second series starting tonight, the men visit the surgeon who performed Bob’s triple bypass.

Paul said: “We re-enact it to an extent with Bob’s surgeon in one of the episodes, and he says, ‘I took your heart out and stopped it’. So basically killed him because they have to stop the heart in order to do the bypass surgery.

“It was a shame he started it again really, isn’t it? Bet he regrets it now.”