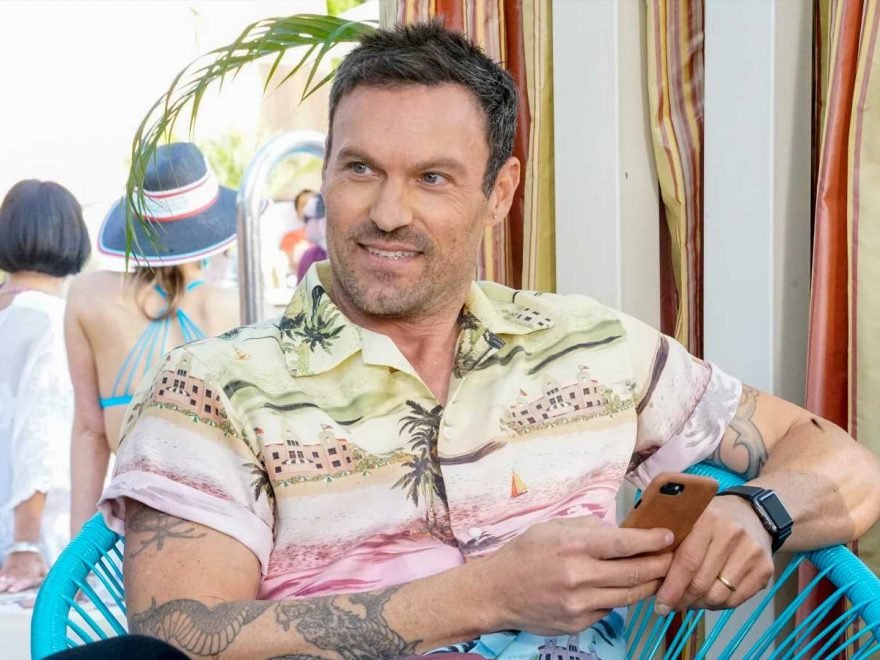 To celebrate the upcoming reboot of the show, dubbed BH90120, Fox has created promotional trading cards featuring the show’s cast, and Brian Austin Green has thoughts about it.

Green tweeted a picture of his card, with the hilarious caption “What have I done.”

In addition to Green, Tori Spelling, Jason Priestley, Shannen Doherty, Jennie Garth, Gabrielle Carteris, and Ian Ziering are all returning to the reboot. Luke Perry, who died in March following a massive stroke, will not be appearing on the new show, as he had not signed on for it at the time of his death.

The revival, which will feature six episodes, follows the core cast who will play “heightened versions of themselves in a brand-new serialized drama — with a healthy dose of irreverence — that is inspired by their real lives and relationships,” according to the network. The group has reunited almost 20 years later to start — what else? — a 90210 reboot.