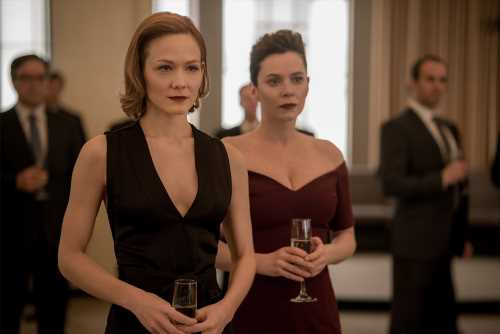 Season 3 is set amidst the London tech scene where a young female neuroscientist begins to explore the transactional world of The Girlfriend Experience, only to find herself deep inside the Uncanny Valley with the relationships she creates.

Written and directed by Anja Marquardt (She’s Lost Control), The Girlfriend Experience is a reimagining of Soderbergh’s 2009 critically acclaimed movie of the same name and explores the relationships between exclusive escorts and their clients, for whom they provide far more than just sex.

Season one followed Christine Reade (Riley Keough), a second-year law student. Working hard to establish herself as an intern at a prestigious law firm, her focus quickly shifts when a classmate introduces her to the world of transactional relationships. The second season of the anthology series followed two parallel stories each focusing on entirely new characters, relationships, plotlines and locations while exploring the price of intimacy and its emotional consequences. Starring Anna Friel, Louisa Krause and Carmen Ejogo, the storylines for season two were juxtaposed between Washington, D.C. and New Mexico.