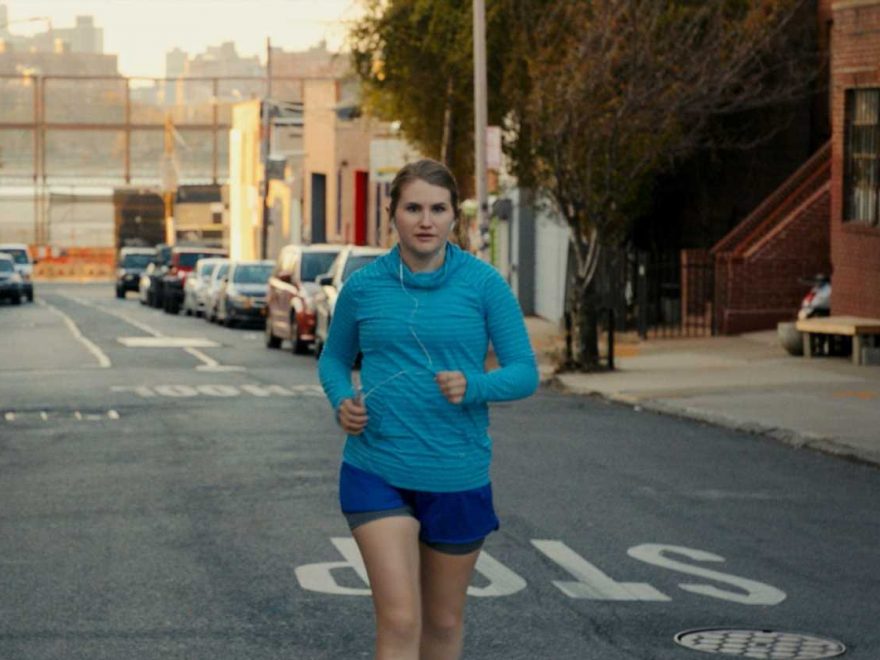 Jillian Bell knew she wanted to play the lead of “Brittany Runs a Marathon.” But there was one problem with that plan.

“I was never a runner,” says Bell, who went on to become the titular star and executive producer of the breakout Sundance film (in theaters now in New York and Los Angeles, expanding to Boston, Chicago, Philadelphia, San Francisco, Washington and other cities on Aug. 30). “I did track for a hot sec … then I was like, ‘OK, done.’”

But “Brittany Runs a Marathon” tells the story of a once cardio-shy young woman who slowly adds more and more city blocks to her Manhattan jogging route as a way to take control of her life. In the process, she gradually loses more and more weight.

Bell realized that the best way to connect with Brittany was to go through a similar physical change herself.

In "Brittany Runs a Marathon," Brittany starts small and aims to run just a few blocks as a way to be healthier. (Photo: Jon Pack)

The training started small, then went up to “a few miles,” says Bell (“Workaholics,” “22 Jump Street). Ultimately, “I lost 40 pounds for the role and I just decided to do it myself because I thought it would tell me about the character.”

It was one of several challenges Bell faced while making a movie that marks her first leading role, her first dramatic part and what seems like the first time in recent memory a film addresses the topic of weight loss and self-discovery in an authentic, bold and impactful way.

In the film, Brittany finds success with her fat-burning exercise routine, but that leaves her with mixed mental results. She grows obsessive about the numbers on her scale. She runs to the point of exhaustion. And, in one of the most raw scenes in the film, Brittany gets drunk and goes off on a married couple because the woman is overweight and the man is average-size. She can’t understand why he would want to be with her.

As Bell explains it, Brittany is struggling “with seeing someone who’s happy the way she is.” Bell describes the scene as “the hardest thing I’ll ever have to shoot.’”

Brittany winds up making friends throughout the process of becoming a runner in "Brittany Runs a Marathon." The movie is inspired by a true story. (Photo: Anna Kooris)

Bell made sure her co-star, actress Sarah Bolt, was prepared for the exchange.

Ultimately, “Brittany Runs a Marathon” amounts to a sort of “transformation tale,” as Bell describes it. But not the kind where “someone loses weight and then their life’s immediately great and then it rolls the credits.” Instead, Bell hopes viewers take away something more tangible.

“I was hoping to come out of it feeling like that was a therapeutic experience and it really was,” says Bell. “In a lot of ways, it changed my life.”