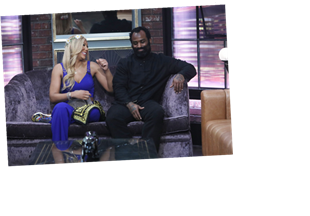 Although many fans believe CBS quietly canceled spinoff Celebrity Big Brother, the network has yet to make an official announcement regarding the star-studded version. According to reports, the third season in the franchise could return in early 2021, depending on the COVID-19 restrictions, with a Real Housewives star and Tiger King cast member potentially joining the cast.

However, it didn’t come together until 15 years later, a few months after BB19 wrapped in 2018. The first season also had a different cast.

The first season pulled strong ratings as several media outlets covered Manigault’s in-house discussions about the Trump administration. With an average of over 5 million viewers per episode, CBS renewed the celebrity spinoff for another season.

Braxton is currently the only African-American winner of the United States franchise.

Additionally, she and Williams are the only two Black players who have made up the final two to date. However, the season didn’t do as well as the first, dropping nearly a million viewers per episode, and CBS has yet to release a statement announcing the renewal or cancelation.

Many fans are convinced the network canceled CBB as CBS hasn’t made an official announcement and didn’t include the spinoff in Moonves’ renewed deal for season 22.

Additionally, after BB22 wrapped, the host announced she would return for season 23 but didn’t clarify if it included CBB3. However, others think the celebrity spinoff was delayed due to COVID-19 and could premiere as soon as early 2021.

According to media outlet ScreenRant, an anonymous source claimed producers want another Real Housewives star, a celebrity chef, or a cast member from the popular Netflix series, Tiger King.

While nothing is confirmed, Carole Baskin, Doc Antle, Dillon Passage, and John Finlay are among the names floating around as well as former White House counselor Kellyanne Conway. Big Brother 23 returns next summer.