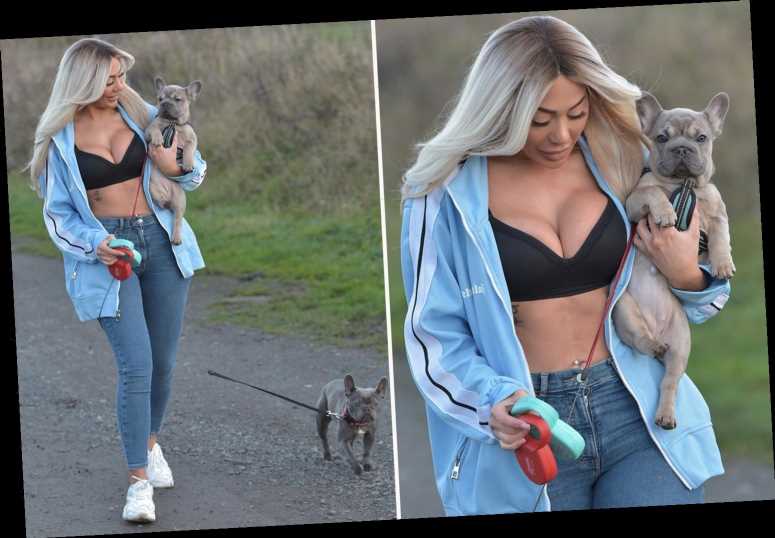 CHLOE Ferry flaunted her figure in a sexy sports bra as she braved the cold for a dog walk this weekend.

Despite revealing she'd put on half a stone while filming Celebs Go Dating, the Geordie Shore star showed off her gorgeous curves in the skimpy sportswear. 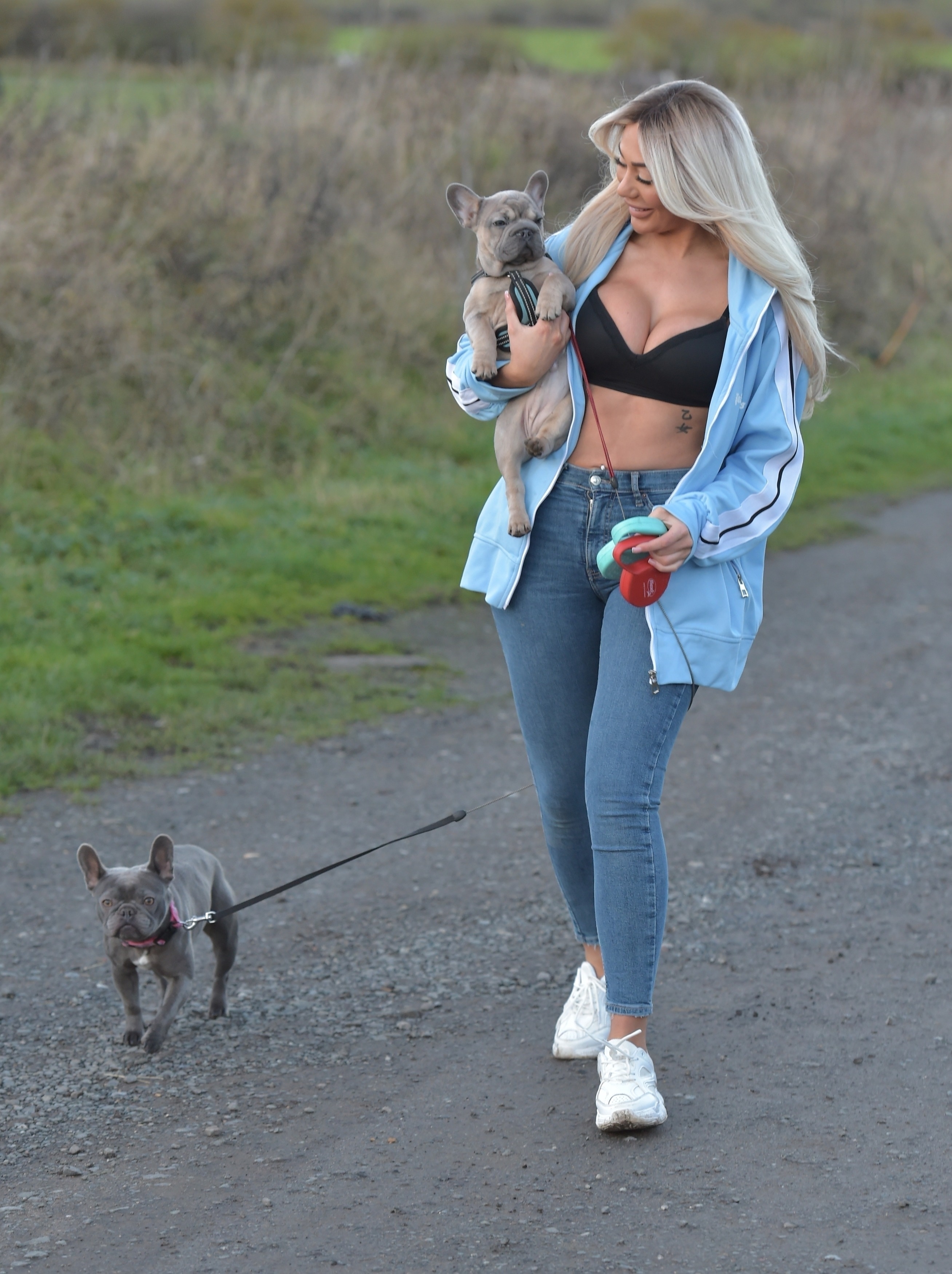 The 25-year-old added an unzipped jacket, jeans and white trainers as she walked in the ice cold temperatures in Newcastle.

Wearing her blonde locks down and flowing behind her, she sported a minimalist make-up look with lashes and a nude lip.

She had her two French Bulldogs Ivy and Narla in tow for the countryside stroll. 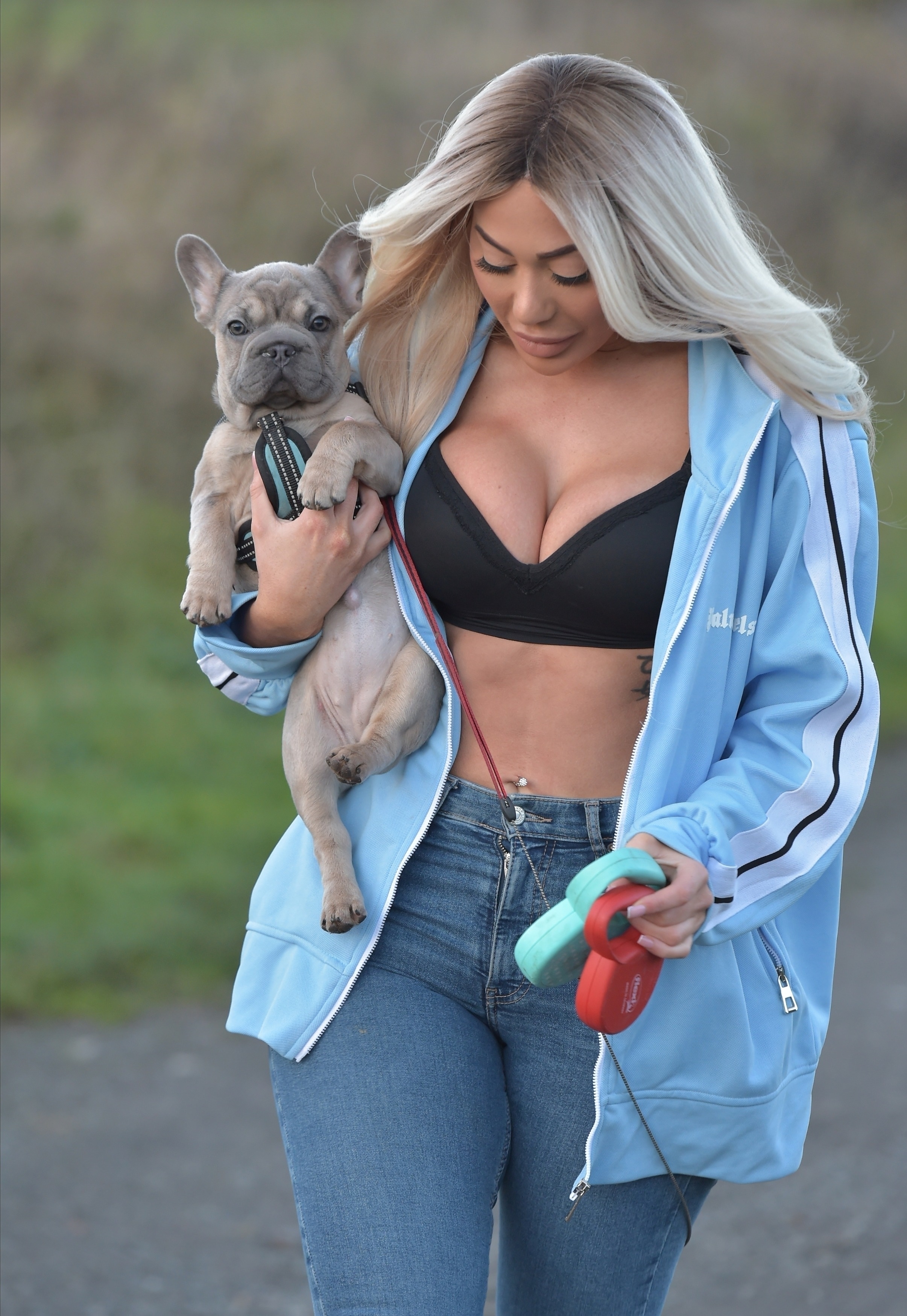 But the reality star was forced to hit back at online trolls who dubbed her "too skinny" despite previously slamming her for being "too fat".

Having posted a picture to document her changing figure, Chloe took to Instgram stories to tell her cruel commenters to keep their opinions to themselves.

She told the camera: "I can't get over social media. Obviously I posted a photo this morning because I'm feeling good about myself finally.

"And people are like, 'You're too skinny'. Before I was too fat, and now I'm too skinny. Honestly just keep your comments to yourself. 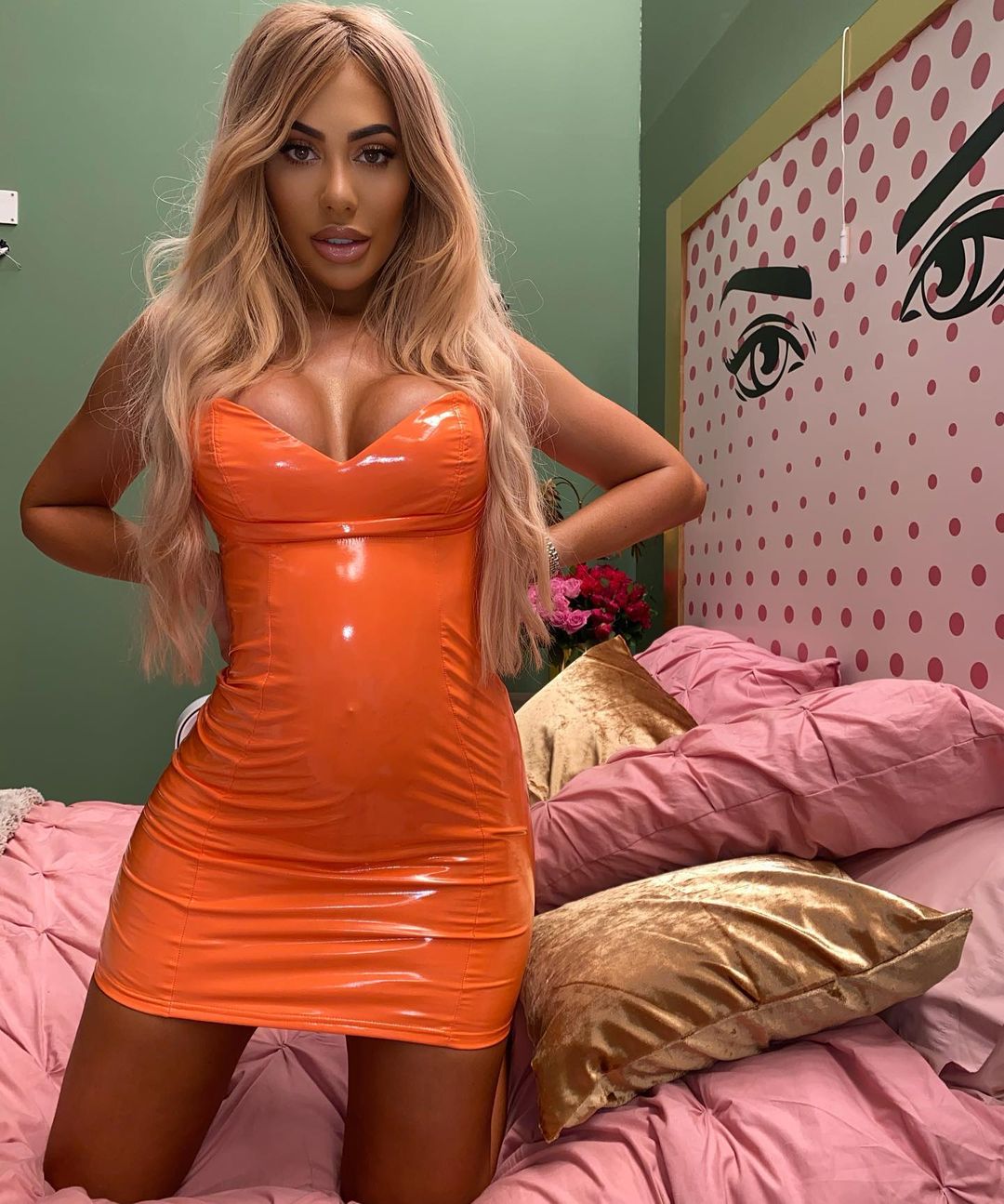 "Obviously I have been getting comments before saying, 'You're losing too much weight, you're getting too skinny' but I've ignored it.

"But the amount of comments that I've had to delete off my photo today about people saying I need to put weight back on, they're worried for us.