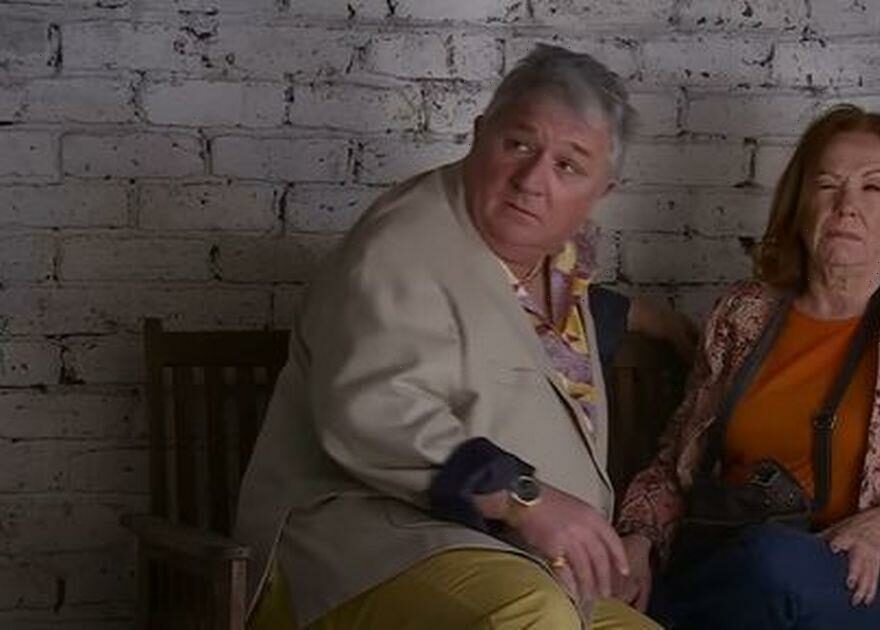 Coronation Street newcomer Jim Fizz could have a key link to another character – at least if eagle-eyed fans are correct.

Some are sure that the cocktail maker could be Fiz Stape's biological father in what would be a huge twist.

Mixologist Jim entered the soap last week to give a cocktail masterclass to an eager Cathy Matthews, who ended up snogging him before the night was over.

Now her kiss has been exposed to fiancé Brian Packard, who was left fuming that Cathy dissed his lame proposal to the barman after hiring him for a stint of his own.

Jim has a well-known affinity for red-heads – a profile Fiz's biological mum Cilla Battersby-Brown fits to a tee.

He's also around the correct age to have been able to welcome Fiz into the world, while some fans are also sure that his professional nickname could have inspired Fiz's parents to name her Fiona, shortened to Fiz.

She's step-daughter to Les Battersby, though her real father has never appeared on the famous cobbles.

Taking to Twitter to share their theories, one fan posted: "I reckon that cocktail guy Jim Fizz will turn out to be Fiz’s real dad… about the right age and maybe named after him! #Corrie."

They then followed up: "He does say he has a thing for redheads soooo Cilla makes sense!"

Someone else joked that Fiz and Jim are more suited to marriage, quipping: "If Fiz Stape married Jim Fizz she'd be Fiz Fizz."

Others are certain Jim will be sticking around for a while longer, which means he'd need some hard hitting storylines.

One keen fan tweeted: "Jim Fizz back at it again! Any chance he will be sticking around to ruffle some more feathers? Classic Corrie Comedy!"

"Jim Fizz is brilliant, I want him to stay in it!" someone else followed up.

He also has a key connection to comedy legend Peter Kay, having appeared in every single one of his TV productions other than Max and Paddy's Road to Nowhere.