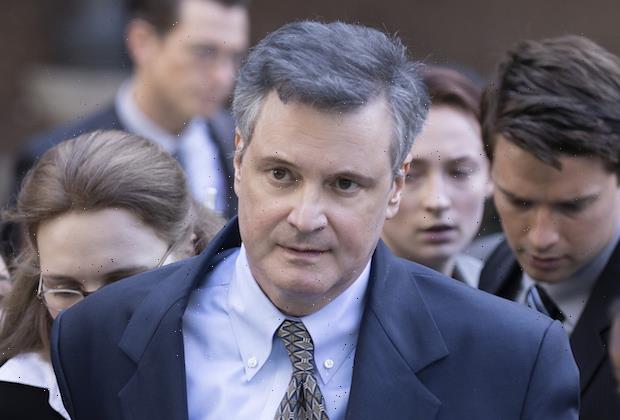 Warning: This post contains spoilers for all eight episodes of HBO Max’s The Staircase.

The Staircase took eight episodes to make its case… but it ultimately left the verdict up to us.

The HBO Max limited series dramatized one of the most infamous true crime cases in recent years: the case of Michael Peterson, who was accused of murdering his wife Kathleen in 2001. The case was chronicled in a documentary, also titled The Staircase, that followed Michael through his trial, his conviction and his later release pending a retrial that never happened. We never really knew for sure if Michael did it or not, though, and the scripted version followed suit, ending on a shot of a finally free Michael looking into the camera and offering an enigmatic half-smile. (Read our finale recap here.)

To our surprise, HBO Max’s The Staircase turned out to be just as engrossing as the documentary, so we reached out to co-showrunners Antonio Campos and Maggie Cohn to help us examine the evidence and answer some of the questions we’re still pondering after the finale. 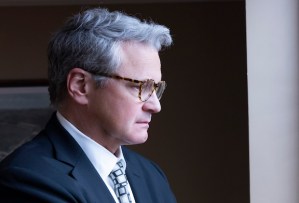 TVLINE | The series ends on an ambiguous note, with no real answers. How did you approach writing an ending to a story that doesn’t have a tidy, traditional ending to it?
CAMPOS | Well, we didn’t give it a tidy, traditional ending. [Laughs] We felt like the end of the show needed to be more lyrical in a way. You know, throughout the run of the series, we were telling the audience: Don’t expect the answer of, “Did he or didn’t he do it?” Even if we were going to show you if he did or didn’t do it, it would still only be what we think, and we were not interested in that. What we were interested in is arriving at a place of unknowing and leaving you in that space, but with a lot of answers along the way. There are a lot of breadcrumbs along the way to try and understand this family, and to understand Michael, and actually to understand better what could have happened that night.

COHN | We always talked about how the seventh and the eighth episode would kind of work together to bring the series to an end. Episode 7 had more endings that felt concrete, and it was an emotional closure for a lot of the women in the series, whether that’s Kathleen or Sophie or Martha or Patty. It was an opportunity for them to say what the audience has been hoping they’d come to the entire time, which is the ability to explicitly express somewhat of like a discontent, but also explain their actions. And so, with [Episode 7], we felt like we were creating somewhat of a closure emotionally for a lot of our characters that created a foundation for [Episode 8] being as beautiful and as lyrical and ethereal as it was. So it allowed us to have that ambiguity and still give the audience that kind of sated feeling of: There’s some finality to this.

TVLINE | Speaking of lyrical and ethereal: In the final scene with Michael and Kathleen by the pool, on the night of her death, it’s like she’s speaking to him from beyond the grave. It’s kind of the conversation that they never got to have. What made you decide to add that in?
CAMPOS | We always knew that was going to be a part of the ending. We really felt like that was the conclusion to the pool scene. If you notice, every time we go to the pool, the conversation is slightly different. And we knew that when we got to the end of the show, we wanted that conversation to happen. Obviously, Michael addressed the fact that he had lied about Kathleen knowing all those years in his interview with Jean, but it wasn’t intimate. It wasn’t personal. We felt like the conversation that he could have with Kathleen is the personal conversation, the intimate one. It can only happen in his mind in a way, and that’s where it does happen. The show doesn’t tell you exactly where that space is, but it really is meant to feel like a dream. Michael, he’s in the past, but it’s not the past, because Kathleen’s talking about things that are happening in the present, and she’s saying one thing, but her intonation suggests a different feeling. So there are all these ways to interpret what’s happening, and also all these signs that this is in Michael’s head, and this is a dream, and that there’s something underneath what we’re seeing that is trying to push its way out. 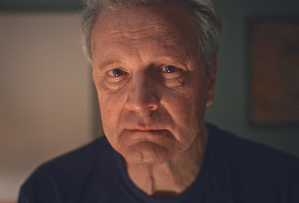 TVLINE | We also see that even if Michael isn’t guilty of Kathleen’s murder, he’s no angel. In the finale, he sends Sophie away, and he admits to lying about Kathleen in that final interview with Jean. He also gives us that half-smile at the very end. What impression did you want viewers to come away with of Michael as a person, regardless of his guilt or innocence?
COHN | Well, I think [Michael’s lawyer] David Rudolf kind of expresses it, which is: It’s not about innocence or guilt. It’s about your character and your lies, and that those things are actually the bits that define somebody. It’s not necessarily the worst moment of your life that can define you. It’s actually the accumulation of the decisions you’ve made in your life that come to find you and then come to shape people’s perception of that worst moment. So I think Michael is who he is, and the facts are what they are, but it’s what you bring to your perception of Michael Peterson that actually shades you towards innocence or guilt. It’s not actually what we’re presenting. It’s what you’re how you’re interpreting the presentation.

CAMPOS | Yeah, the whole end of the series is really: What are you projecting onto that image? What part of that smile, or strange thing that’s happening with Michael’s face, are you focusing on? And how are you interpreting it? And really, that’s it. That’s what we’re projecting onto him.

TVLINE | You ended with Kathleen’s name being the last words we see before the credits. Was that a way of honoring her memory, before it gets lost in everything else surrounding this case?
CAMPOS | Yeah, it was just this kind of quiet reminder that there was this woman, and whatever you think happened that night, it was tragic. Whatever you think happened, it was violent and sad. We just wanted to leave her name being the last thing that we feel in this series.

TVLINE | Antonio, you’ve been working on this project since 2008. What’s it like to see it all finally come to fruition?
CAMPOS | Yeah, it’s strange. I haven’t fully processed it, but it’s really satisfying. It really feels like it took as long as it needed to take, not just for me to grow as a person and as a filmmaker, but for me to meet people like Maggie and to find a partner in this that could help me see this story through, and to meet all the wonderful artists that we’ve met along the way. So in some ways, it is weird, and it’s been such a long journey, but it doesn’t feel like we left anything on the table. We put it all out there, and we made the show we want to make, and I’m very happy it didn’t happen a decade ago as a feature. It happened the way it was supposed to happen now.

TVLINE | Well, if it did, you would have missed about half the story!
CAMPOS | Well, that’s the thing! [Laughs] This story just kept changing, and it’s like, “Holy s–t, there’s no way this is a movie. This ending has already changed, like, twice in the last two years.”

TVLINE | True crime is such a trend right now, and it feels like this case is like the prototypical true crime story. What do you think is still so fascinating about this case, all these years later? Is it just the fact that we don’t have an answer?
COHN | Yeah, is it even a crime?

CAMPOS | Is it even a true crime story? I mean, that is why, for us, it was the perfect story to deconstruct the true crime genre, because it is so mysterious. One of my favorite writers is H.P. Lovecraft, and I love his short stories. But there’s always a moment where the story loses me, and that’s usually when you see the monster, and now you know what the monster looks like. He describes it, and all of a sudden, the story kind of dies. But everything leading up to it, the mood and the atmosphere, and the tension and the dread, that’s what’s most interesting. And I think the most interesting true crime stories are the ones where the mystery still lives. For instance, Zodiac is one of my favorite true crime films, and it’s because in that case, that film was very much about obsession. Yes, it’s about this serial killer, but it’s really about these characters’ obsession and them pursuing this for years, and the sense that they may never know, but they’re going to keep looking. And for us, it was the fact that… again, if it’s not a crime, it’s not unsolved. We’ll just never know. Also, it’s so interesting because all through these last almost two decades, the story continues to become stranger and twistier, and there are connections that feel very meaningful, but then you follow them and see they don’t really add up to anything. There are just so many layers to the story that it’s endlessly fascinating.

Grade the series in our poll below, and then hit the comments to share your thoughts (and any lingering questions you still have).