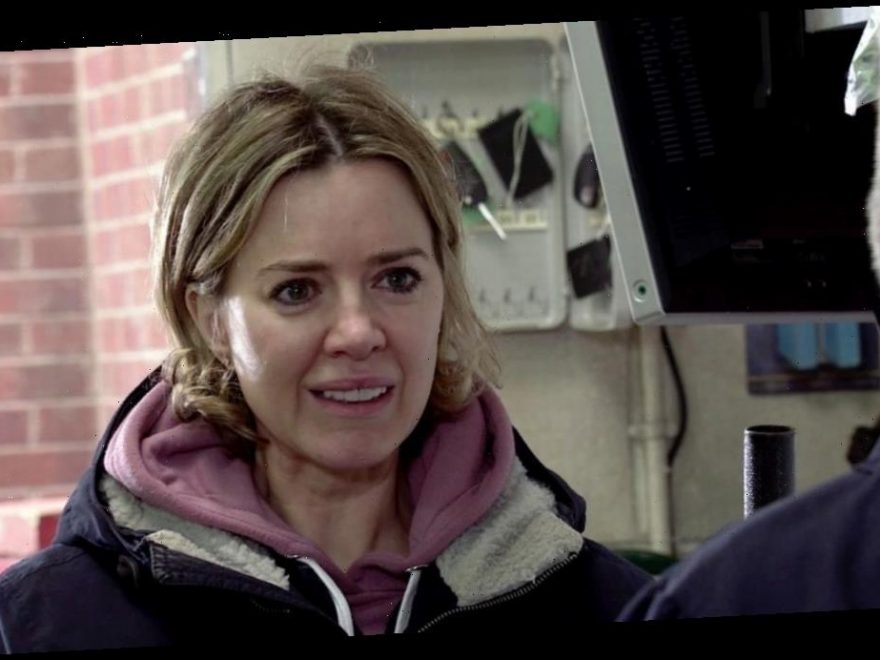 Coronation Street character Abi Franklin "would kill" Carla Connor, reckons actress Sally Carman, if they ever had a fight.

In recent weeks, with Abi, played by Sally, struggling with her addictions again, she has been helped by fellow recovering addict Peter Barlow (Chris Gascoyne).

Peter is in a happy relationship with Carla, but he has history with Abi, who used to have strong feelings for him.

She is now with Kevin Webster (Michael Le Vell) but Sally says Abi's feelings for Peter are still there.

Sally told Daily Star Online: "The way the writers have done it, it's as if she doesn't have that spark, but I absolutely believe there's that spark there for Peter Barlow because, before, she was crazy about him.

"She recognised herself in him, they both have the same way of thinking and feeling due to their addictions, she also likes the fact that he is a little bit off-centre and she's drawn to that."

And Sally says she's keen for Abi to get in between fan-favourite couple Peter and Carla, who have already had a rocky ride as it is.

She said: "I'd like Abi to be the one to stir the pot between anybody, absolutely. Why not? Get in there!"

If Abi did go for Peter, she'd have to go through Carla – but Sally thinks she'd be no match for her "alley cat" character.

The former Shameless star told us: "Abi would kill her.

"The thing is, Carla's too refined and has too much self-respect in that way to really let herself go.

"But Abi's just like a little alley cat, she'll go for it, she's got nothing to lose."

Carla isn't the only Weatherfield lady who would be on Abi's case though, as Kevin's sister Debbie recently returned.

Debbie Webster (Sue Devaney) saw Abi being friendly with Peter after they attended a recovery meeting together.

She warned her that she better not hurt Kevin, and Abi was adamant that Debbie had nothing to worry about.

But could Abi try and re-start things with Peter in the coming weeks?