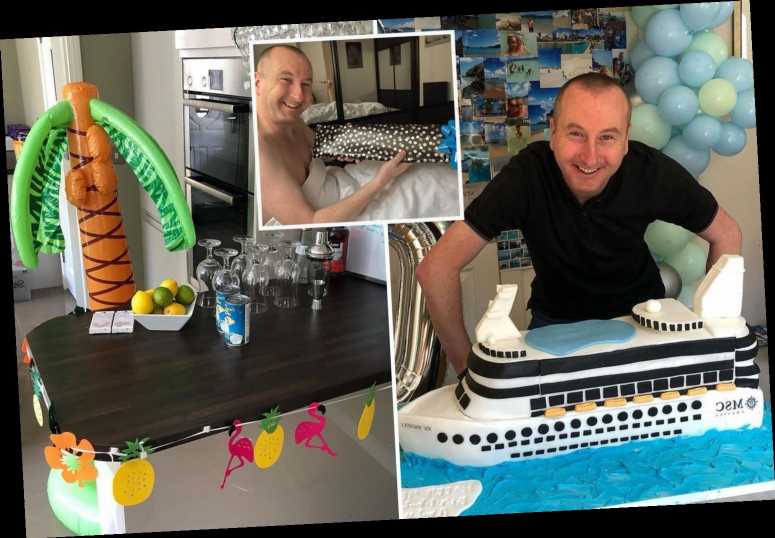 CORONATION STREET's Andy Whyment celebrated his 40th birthday with a Caribbean themed party after his luxury cruise was cancelled amid the coronavirus.

Andy, who plays Kirk Sutherland on the ITV soap, marked the milestone age with a birthday in lockdown. 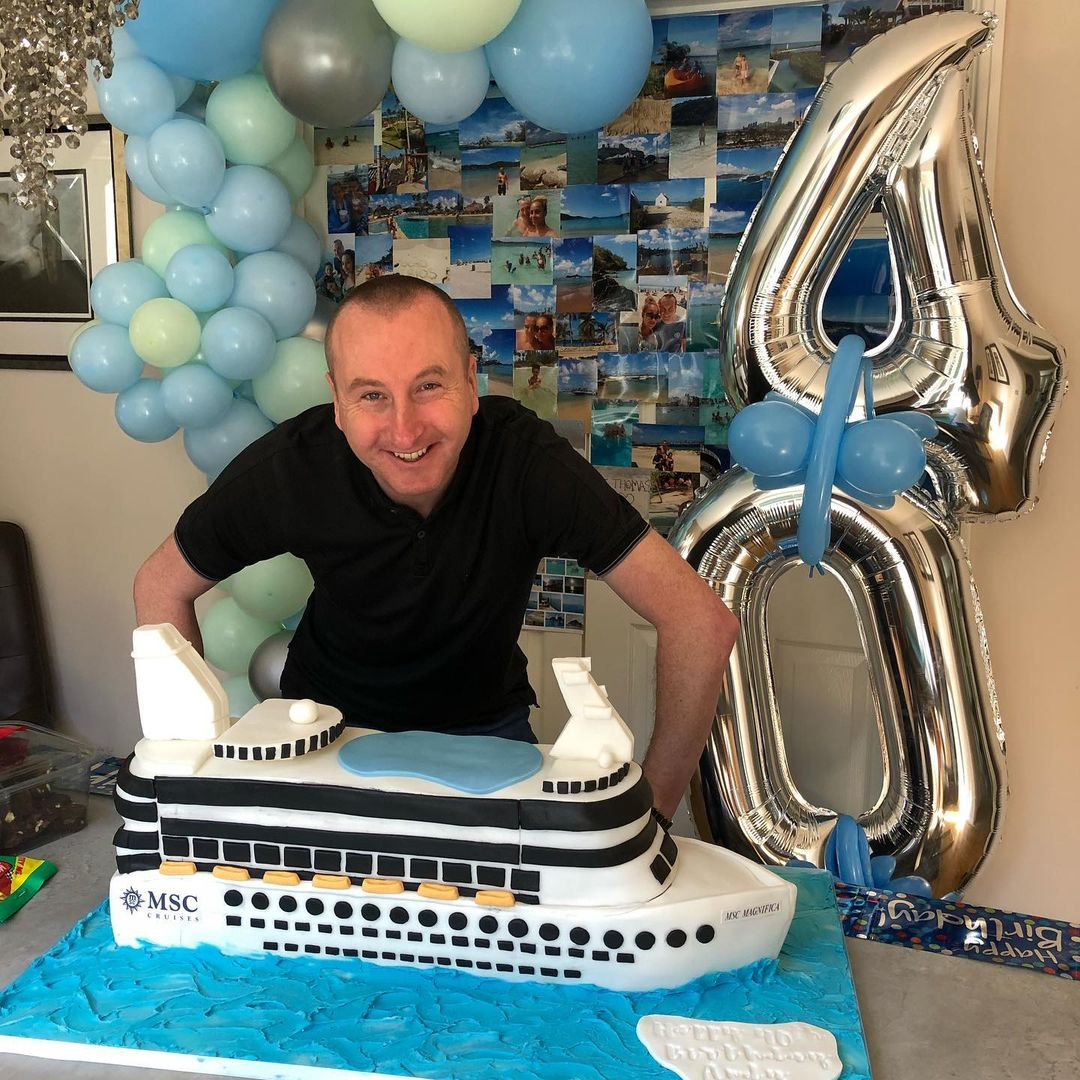 The actor had planned a luxurious getaway with his family but his holiday was scuppered amid the coronavirus.

However, his wife Nicohla and 11-year-old daughter Hollie pulled out all the stops to bring the charm of the Caribbean to the Whyment household.

The TV star was over the moon as he partied with a tropical party decorations in the background, including a flamingo and pineapple banner and a blow up palm tree.

The star looked chuffed as he posed next to his stunning cruise birthday ship cake, beautifully decorated with layers of frosting. 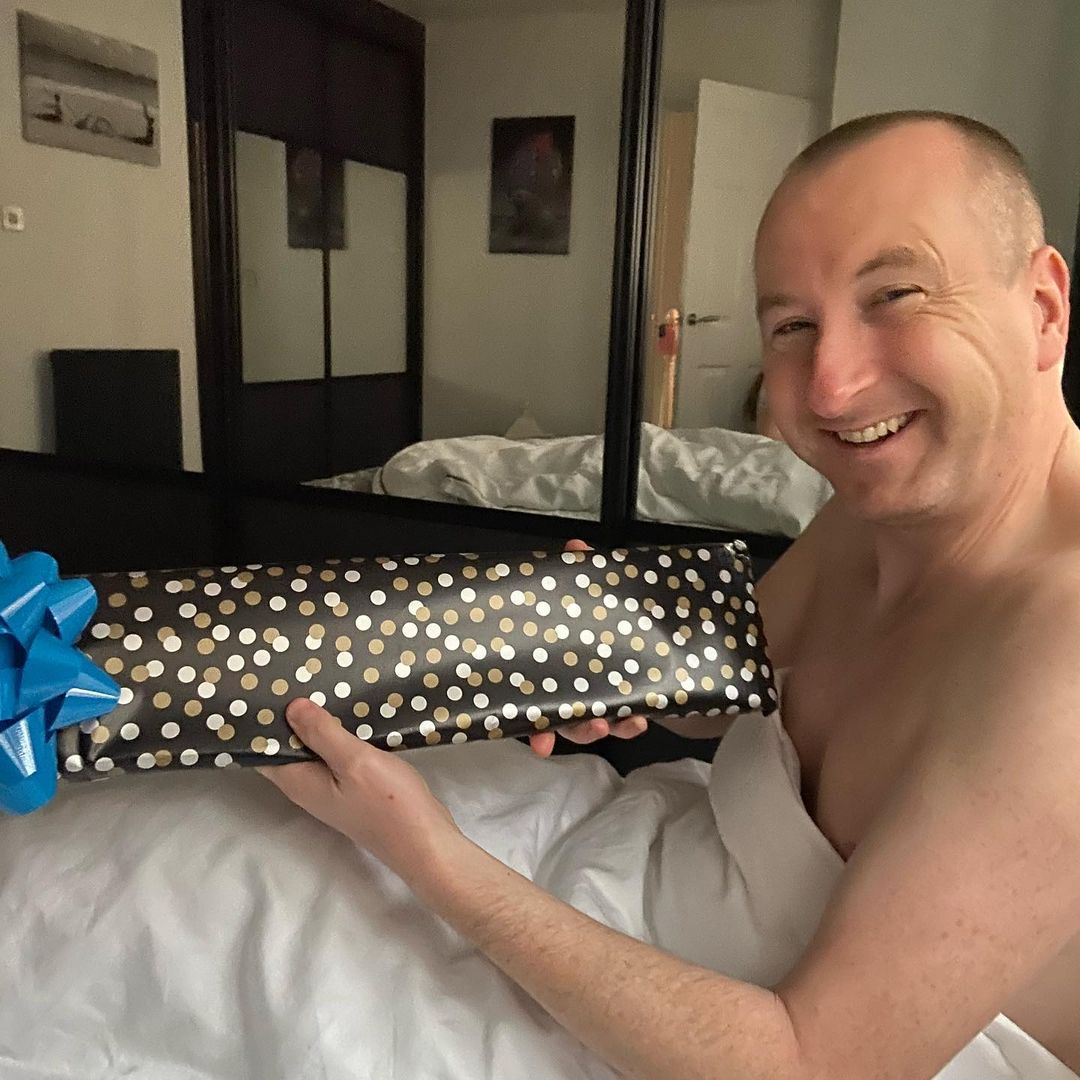 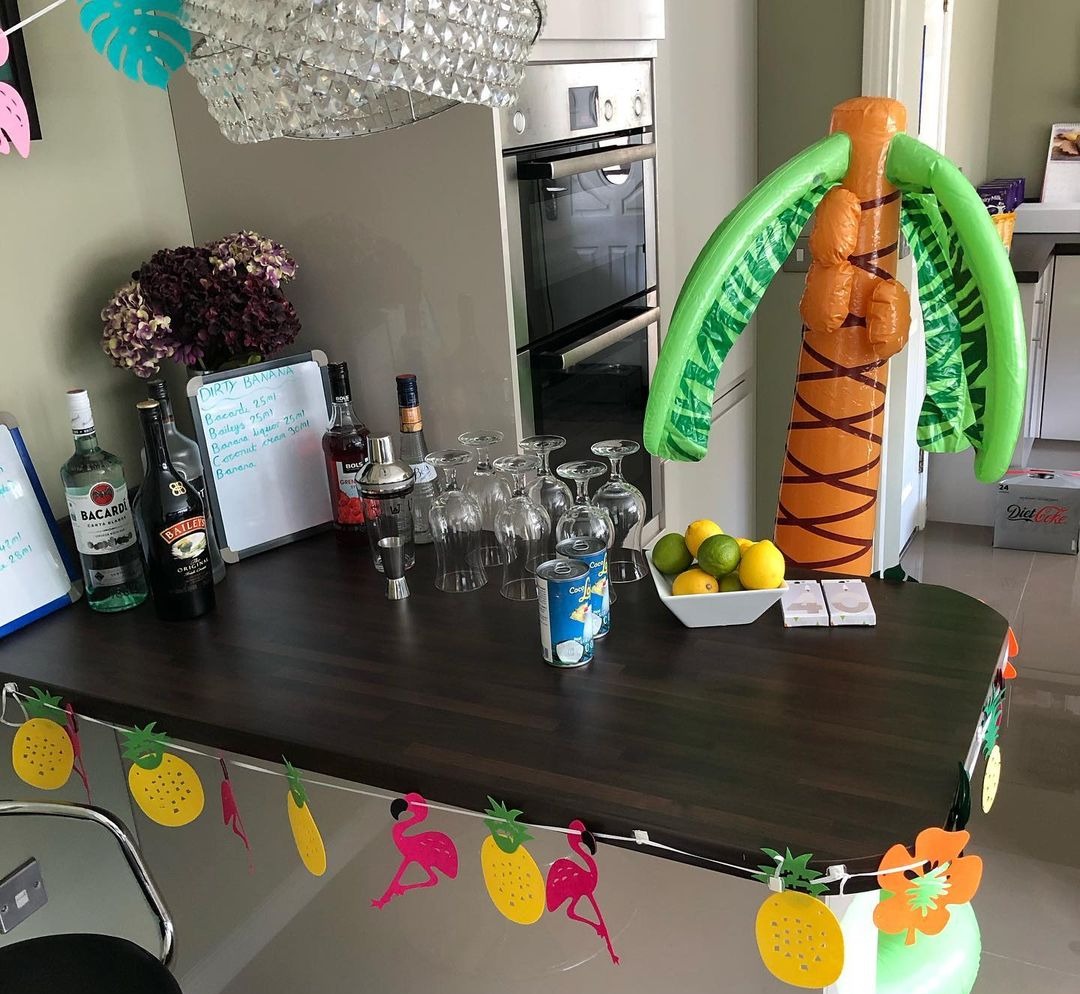 He wrote: "Birthday cake has arrived, we might not be able to go on the cruise but thanks for the fantastic MSC cruises cake, it's absolutely fantastic."

The star grinned ear to ear as she stood in front of a large inflatable 40th birthday balloon.

Despite not sipping cocktails on board of a luxury cruise, the star immersed himself in celebrating his special day.

Alongside the snaps, he wrote: "So today I turn 40 we should've flown out to Miami yesterday to go on a two week Caribbean cruise but because it was cancelled Nichola and Hollie have decorated the house for me." 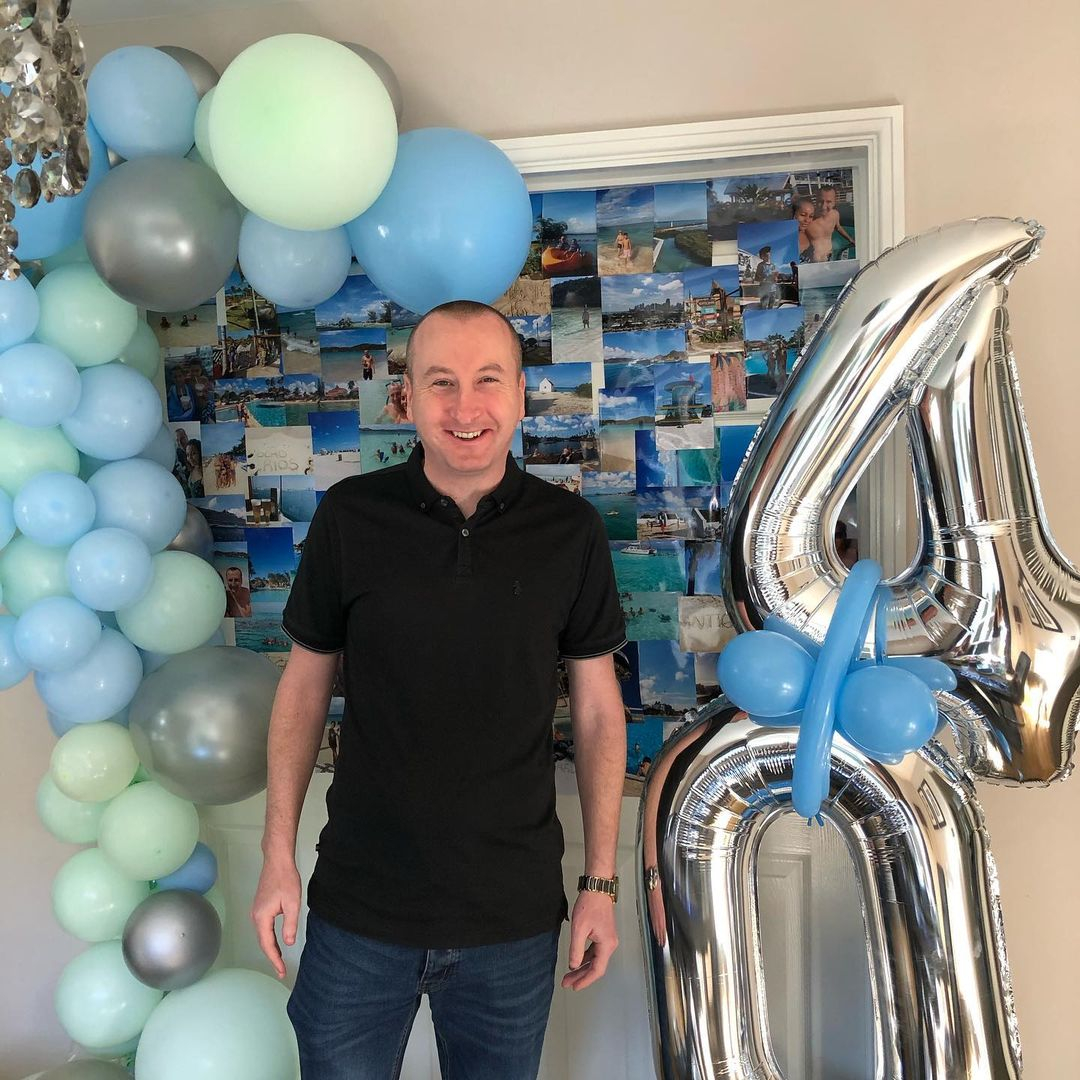 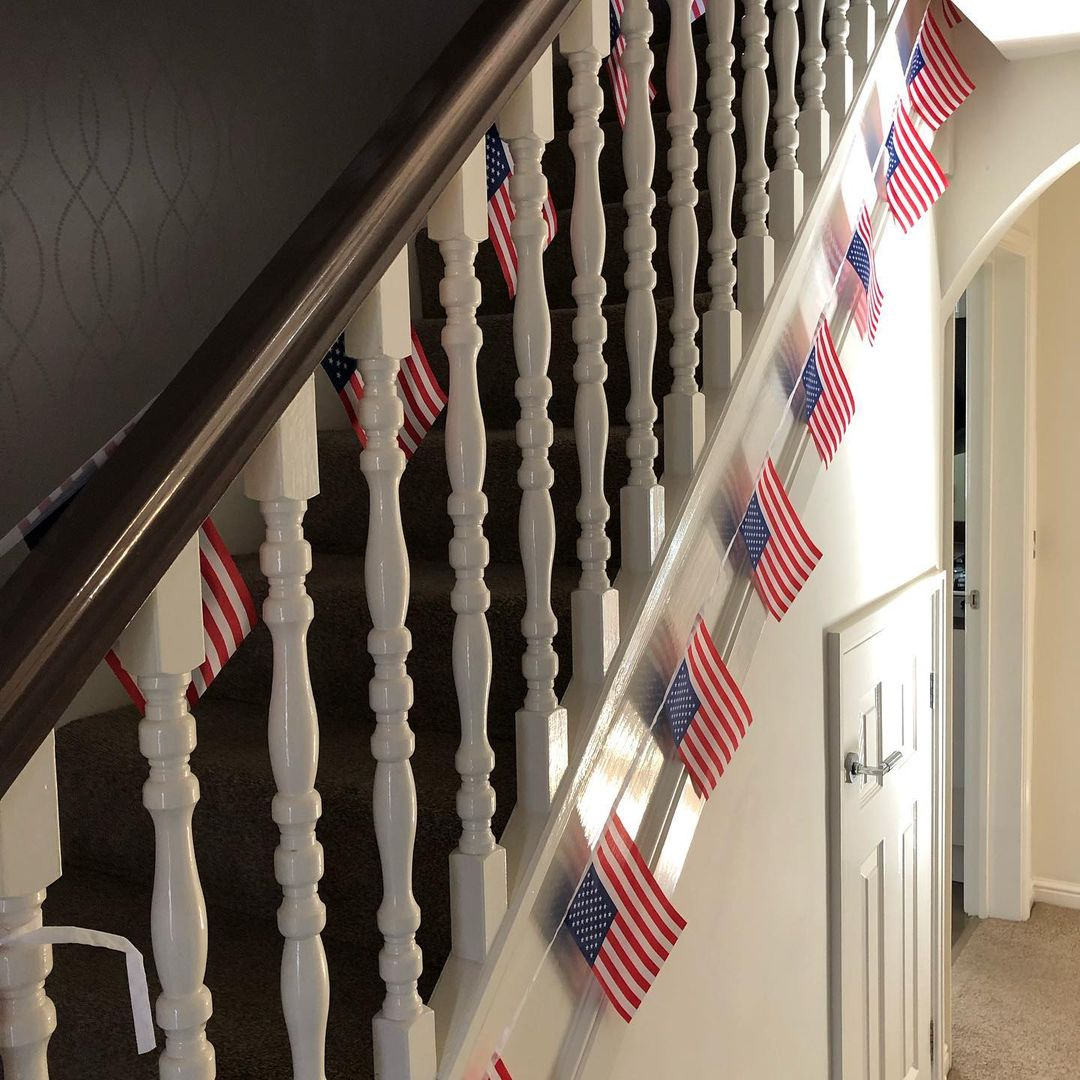 His family added sweet touches around the house to create the tropical getaway feel.

There was a large photo collage of all of their holidays together as a family stuck on the wall and America flags along the banister.

On-screen sister Samia Longchambon wrote: "Happy birthday bro!! Have a brilliant day all of you, love ya loads." 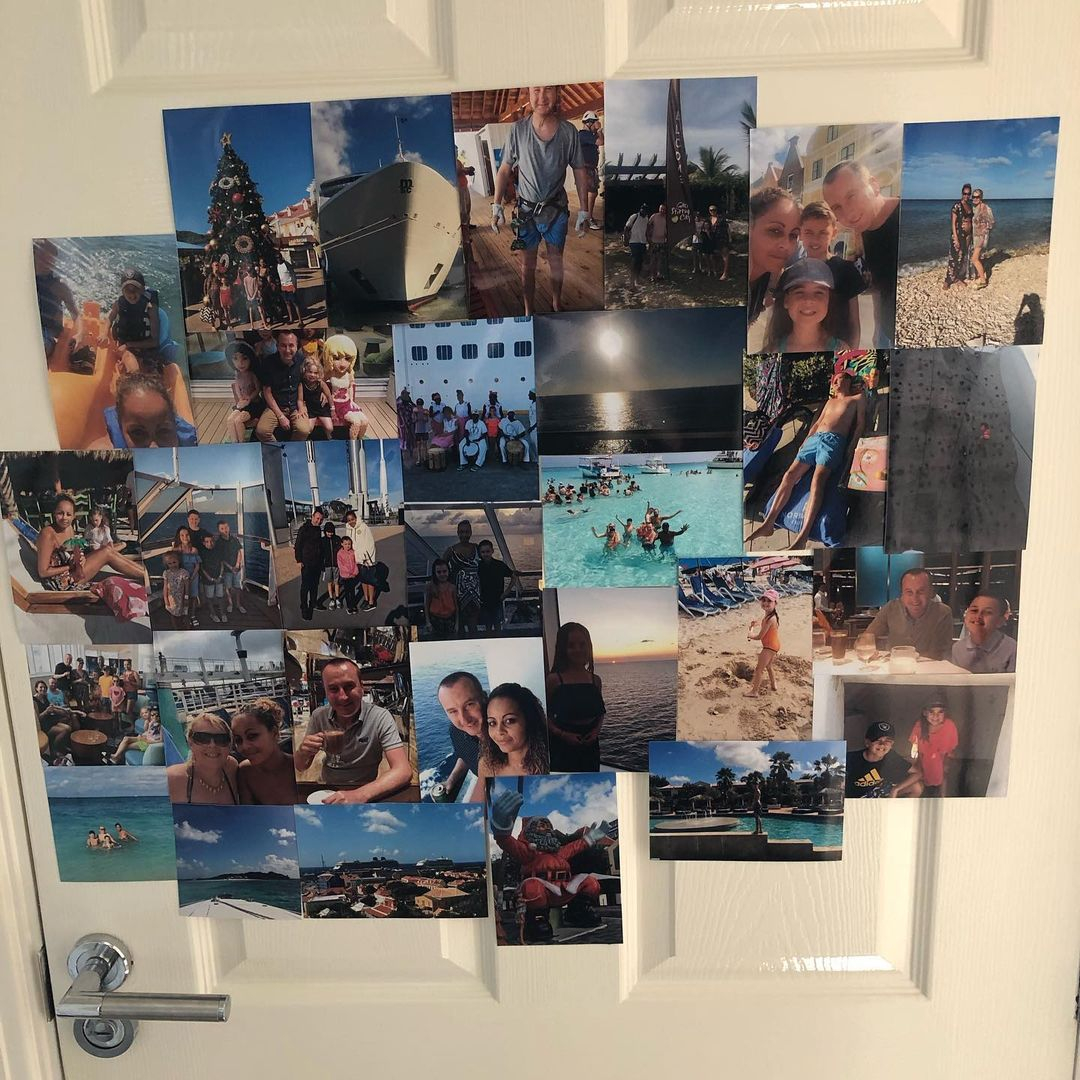 Last year the long-serving character celebrated an impressive 20 years on the ITV soap.

The star who has played the delivery driver for Underworld since 2000, took to Instagram to celebrate the amazing milestone in his life. 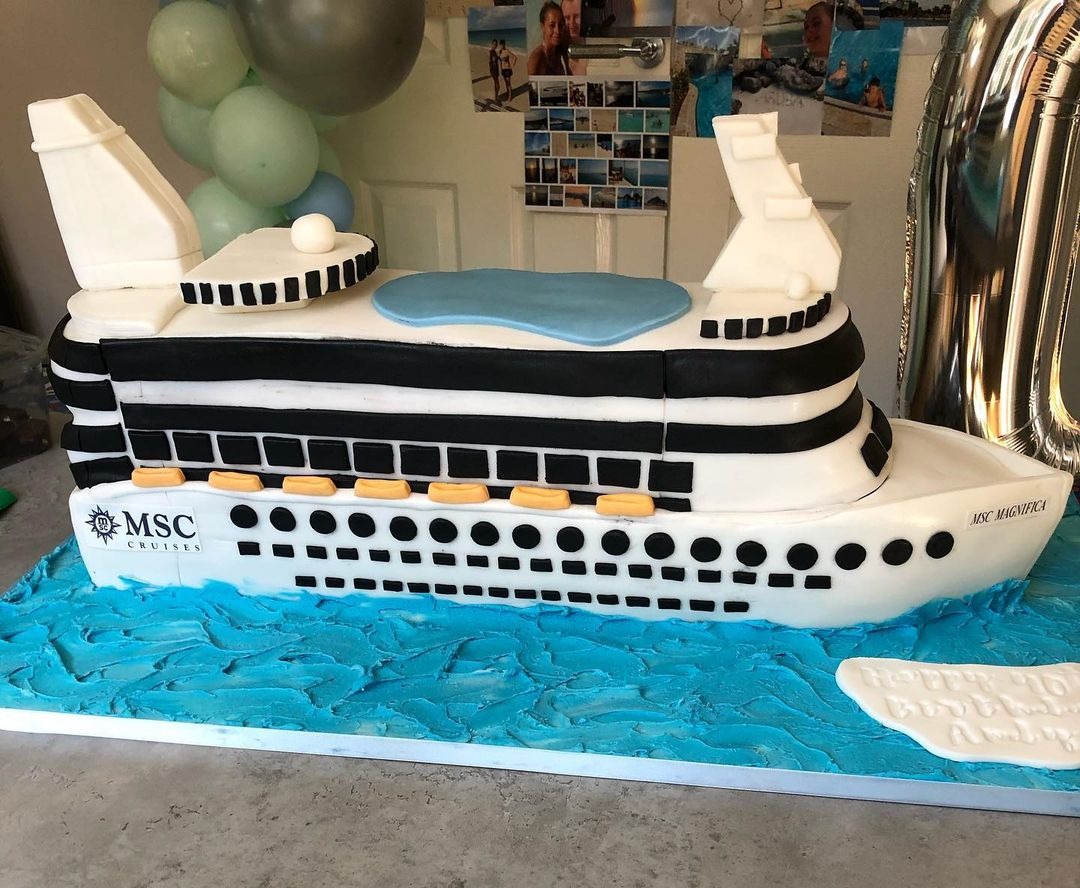 Alongside a picture of him standing on the famous set of the popular ITV soap, Andy explained about how much he's enjoyed the past two decades playing the much-loved character.

He told his 402k followers: "It’s been 20 years to the day since my first ever episode as Kirk on Coronation Street  it’s been an absolute honour to be a part of this incredible show that I’ve been a fan of from being a kid for so many years.

"I love playing Kirk and hope to do so for many more years #corriefamily ❤️."

Andy landed his role on the popular ITV soap and has been involved in a number of big storylines including helping his wife Beth through losing her niece Sinead Tinker to cancer. 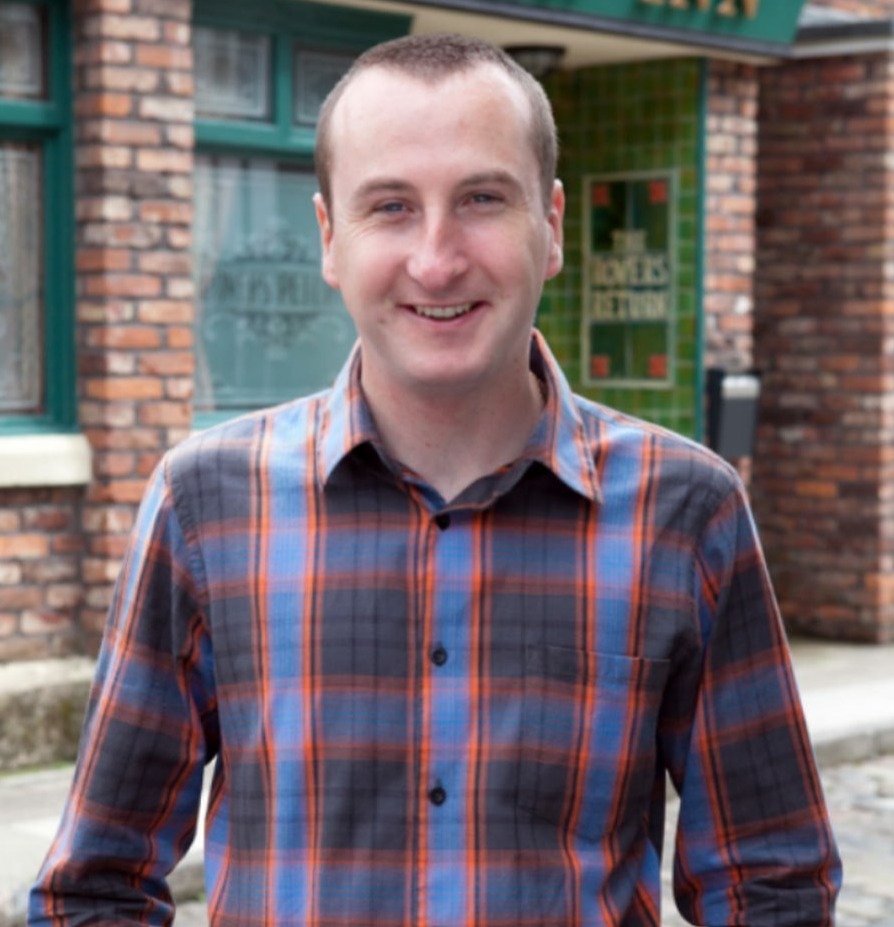 Andy admitted in an interview with OK! Magazine that his favourite storyline was when he tied the knot with machinist six years ago.

He said: "I think Kirk getting married to Beth (Lisa George) has been my favourite storyline because I never thought Kirk would get married.

"He has always been unlucky in love. People always compare Kirk and Beth to Jack and Vera Duckworth but, in my eyes, there will only ever be one Jack and Vera."