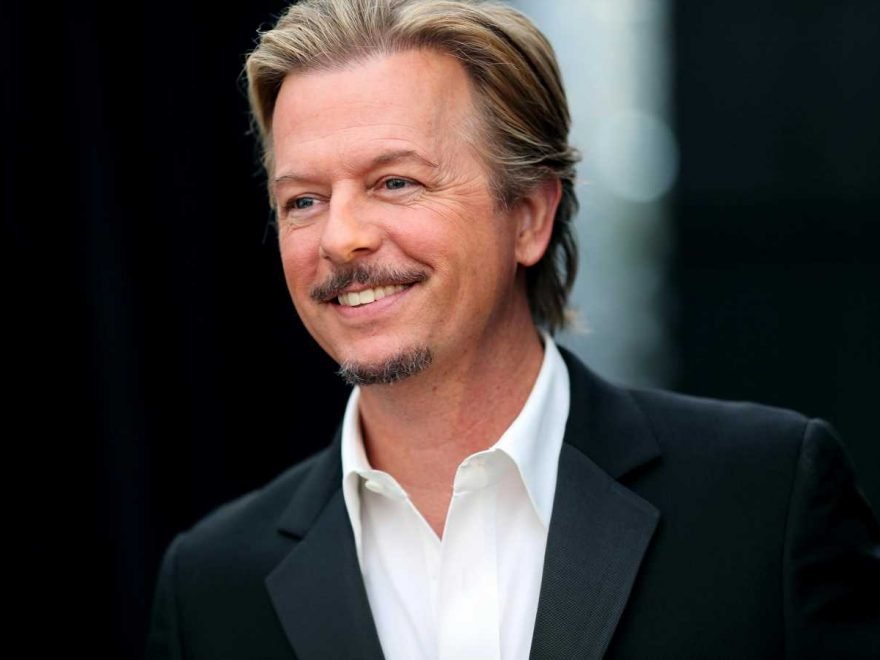 David Spade — clever purveyor of snark and self-effacement; veteran of Saturday Night Live, Just Shoot Me, Rules of Engagement, and Joe Dirt —  returns to weekly television with Lights Out with David Spade, a pop culture-centric late-night series slated to air after The Daily Show. We allow the 55-year-old actor/comedian/Instagram must-follow to promote his new show… if he apologizes for a previous project. Enjoy this latest installment of Watch This/Sorry About That.

WATCH THIS
Lights Out debuts Monday at 11:30 p.m. on Comedy Central.


“I’d like to say the show is different than any you’ve ever seen, but it’ll be about four percent different. It’s going to be a pop culture show, but I don’t love that term. I would say: current events focused on Hollywood. But no real politics, unless Cardi B runs for mayor. I don’t want my crowd to be arguing when they see the show. My tagline should really be, ‘The thinking stops here,’ because it’s just going to be kind of dumb. I train with Cardi B’s brother — Cardi O —  and he was saying, ‘I like that you have smart jokes.’

Social media is running everyone’s life while it’s ruining everyone’s life. We will poke fun at Instagram, such as girls promoting tummy tea — which is basically a diuretic — because I see it in my feed all day and it’s ripe for the pickings. [Lights Out] really will be a lighter look at what’s going on. And I’ve always made fun of stuff going on in Hollywood at dinners. When anyone in showbiz gets together, they’re always ripping on everything happening. This show is a big version of me putting my filthy fingerprints on all this stuff.”

SORRY ABOUT THAT
Spade starred with Joe Pesci and Kristy Swanson in the 1997 mobster comedy 8 Heads in a Duffel Bag.

“I apologize for a few reasons. I went into it with high hopes because the writer wrote Dead Poets Society. I guess in my head that meant, ‘Do I really have to read it first? I’m sure it’s great!’ People could understand I would do this movie when you hear that a gangster cuts off eight people’s heads and puts them in a duffel bag and takes them across the country and I’m a witness to all this — as I’m saying it, I don’t really understand the movie. I knew they were all in a washer and dryer, and the heads were singing at one point.

I apologize for not letting the hair department touch my hair. I want to say it looked so stupid you can’t even picture it, but you can because it’s pretty much the way I wore it for 10 years. I just said, ‘Don’t even do anything. I like it like this.’ Why didn’t anyone tackle me with a blow dryer? Some gel, anything, spike it, a wig. My part was somewhere near Alaska in the top corner of my head. I’m surprised they didn’t rent that quarter of my head out for ads, because they would have cleaned up. It was basically dried-out hay at a split-end convention. I also apologize for having my shirt off for part of that movie [below, with Todd Louiso]. People didn’t realize I had my pecs removed because I thought my character wouldn’t need pecs.

Other than that, the movie, when I signed on was me and Damon Wayans as the leads. Damon fell out a week before shooting, and they got Joe Pesci, who is a great actor, but it was a little different. We shot it as an R and it came out as PG-13, which I didn’t even know was possible or legal, and I’m telling you: It kills jokes. At the end of the shoot, they go, ‘Hey, can you loop in one for airplanes and TV when it runs five years down the line?’ I’m like, ‘What do I say for “f—face?”‘ They’re like, ‘I dunno, “steakpants?”‘ I’m like, ‘Sure, this’ll be funny when you’re on an American Airlines flight at 30,000 feet.’ So I do it and they use all my TV takes. America, obviously I have more to apologize for, but I’m only gonna cop to this one for now.”