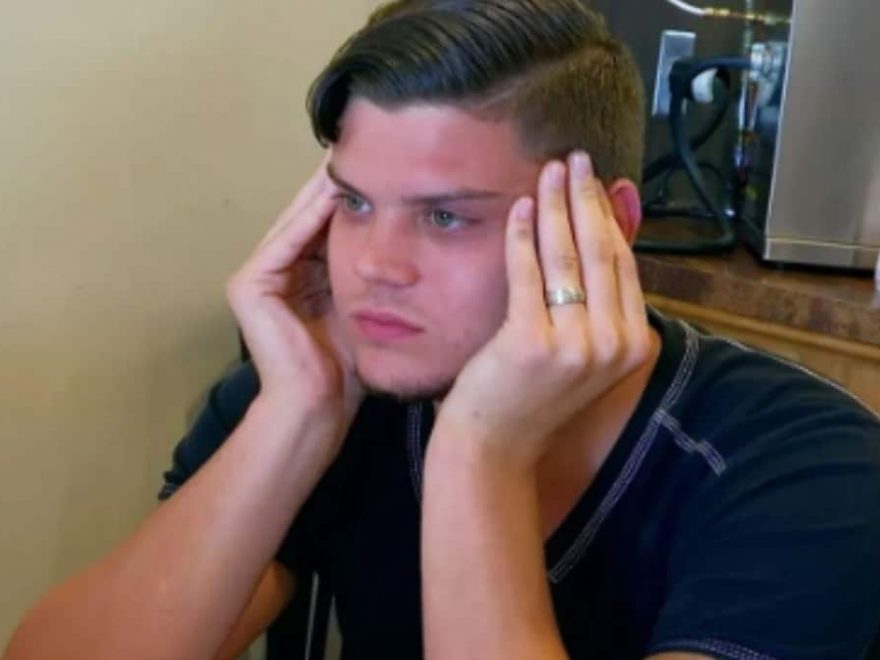 Tyler Baltierra welcomed his third biological daughter Vaeda earlier this year and he and Catelynn Lowell have documented their journey in adding this new family member. But it sounds like Catelynn may be facing some criticism from fans, as she will reveal that she’s struggling with breastfeeding.

In a clip, Catelynn tells her husband that she’s considering pulling the plug on breastfeeding, as it’s simply too hard. She adds that no one ever talks about the hard stuff related to breastfeeding, including how it’s painful and how it’s time-consuming. Tyler tells her that she made Vaeda and she knows what is best for her daughter.

On Twitter, Tyler continued to support his wife, revealing that Vaeda is the happiest and healthiest little baby despite not being breastfed. He adds that people shouldn’t have an opinion about another person’s child. It’s clear that he fully supports Catelynn’s decision to cut out the breastfeeding.

This is, of course, a tough conversation to have and a tough decision to share, as people can be critical. People had mixed reactions to Catelynn’s decision to stop breastfeeding.

“I breastfed all four of my kids and never once looked for applause, recognition or admiration. Does everything these dolts do require applause?” one person wrote to the MTV clip, while another added, “& imagine… I breastfed for 4 1/2 yrs straight. From 1 kid to another.. lol it is most definitely exhausting but I honestly miss that extra sacred bonded feeling you get with them. After a very recent ectopic pregnancy, I’m hoping to get my rainbow baby so I can have that again.”

Catelynn did have supporters, who argued that she tried and that’s what matters.

“You tried and that’s what matters. I breastfed my 2nd baby, my 3rd wanted nothing to do with the breast. I was scared with my 1st so never tried. You are the mom your choice on how to feed your baby,” one person wrote. Another chimed in with, “Don’t worry about what the judgy judges say, they are only talking about you to feel better about themselves. You are a great mom and you deserve to be loved and accepted, not judged!”