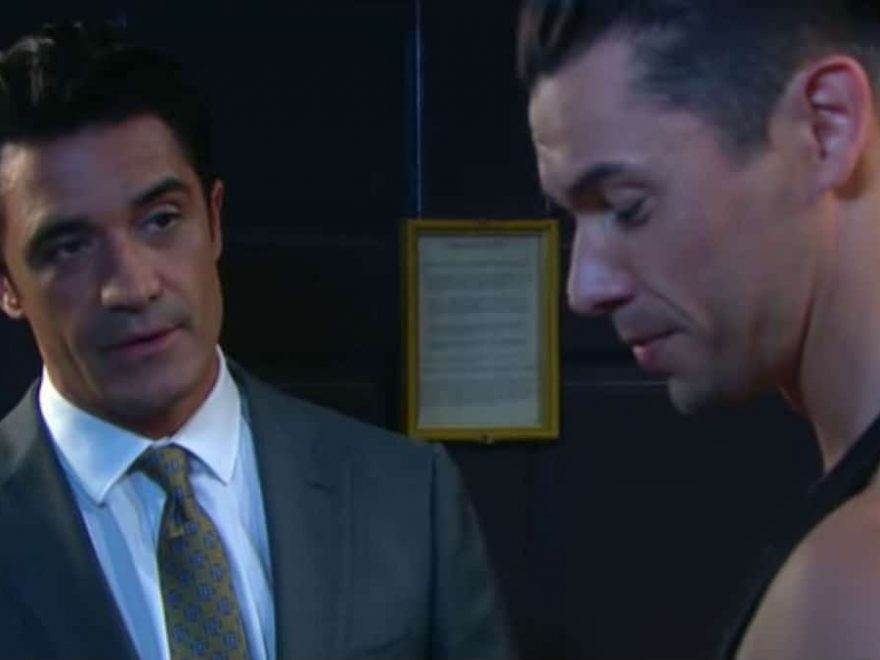 The fictional town of Salem on NBC’s Days of our Lives is about to get a lot less beautiful as one of its leading scoundrels is set to depart.

Gilles Marini’s character Ted Laurent has served his purpose and will exit the soap next week. The handsome and talented star debuted in June 2018, and soon after got up to some nefarious business, the likes of which are sure to bring him down.

The events leading up to Ted’s departure fall like a set of stacked dominoes, resulting in him punching a one-way ticket out of town.

Explosive show spoilers reveal that things don’t end well when the low down con takes matters into his own hands and confronts fellow tricksters Kristen (Stacy Haiduk) and Tony (Thaao Penghlis). He should know better than to mess with Kristen, but alas, his defenses are down no doubt due to being in love with Hope (Kristian Alfonso).

Once she agrees to let him put that tacky, been-around-the-block, diamond necklace on her, his fate is sealed.

After they bond over what is probably cubic zirconia, and as fake as he is, Hope discovers a key discrepancy about Ted’s improbable tale.

The stealthy girl goes to his apartment and there she finds a bombshell that will change everything. Translation — Rope fans should probably uncork the bubbly, as Ted is on his way out of her heart, leaving the door wide open for her ex to waltz in.

Then again, does Hope deserve a chance with Rafe (Galen Gering) after giving him the heave-ho?

Bon voyage, Ted! While Ted was a sleazy con who lied to everyone and tried to seduce anything in a skirt, it was a pleasure to watch Marini ply his trade. He made a spectacular bad guy who was despicable at the same time holding the record for being the most handsome, charming, old-world hero in daytime!

Days of our Lives airs weekdays on NBC.