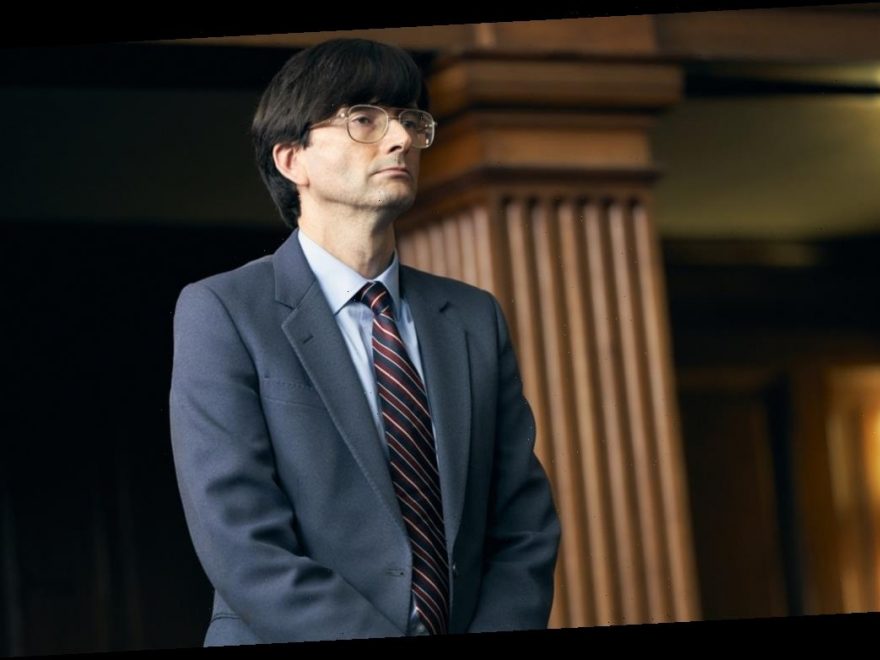 ITV’s Des finally aired on Monday night, and viewers took to social media to discuss the series, which looks at the apprehension of serial killer Dennis Nilsen. Fans were seriously impressed by the opening episode, and all seemed to agree on one thing: that David Tennant deserves a BAFTA for his performance as the infamous criminal.

One person wrote: “Congratulations to David Tennant for winning ALL the BAFTAs for his chilling performance in #Des.” Another person added: “It’s genuinely freaking me out just how spot-on David Tennant is portraying Dennis Nilsen. This is… fantastic.” A third person tweeted: “David Tennant truly is one of Britain’s finest actors. Blood-curdling.”

Sharing a snap of David as the tenth Doctor alongside a photo of him in character as Dennis Nilsen, another viewer wrote: “Few actors can project pure good and pure evil on-screen quite as effectively as David Tennant.”

Viewers also praised Jason Watkins’ performances in the show, with one commenting: “It’s not a creepy crime drama until this man rocks up… was starting to worry but in the 43rd minute he made an appearance and all is good in television thriller land again.”

Fans were full of praise for David’s performance

Speaking about the role to Radio Times, David said: “What we didn’t want to do is titillate or turn Des into a horror movie. That is not the kind of story we are trying to tell. What we are doing is trying to figure out who this creature was.

“Why he did what he did, in terms of what went on when he picked up men and took them back to his flat – the only real witness we have to any of that is Dennis Nilsen. But he’s proved himself to be an unreliable narrator on many occasions. So the audience is taken into the story by Peter Jay’s character, you discover the horrors through his eyes.”