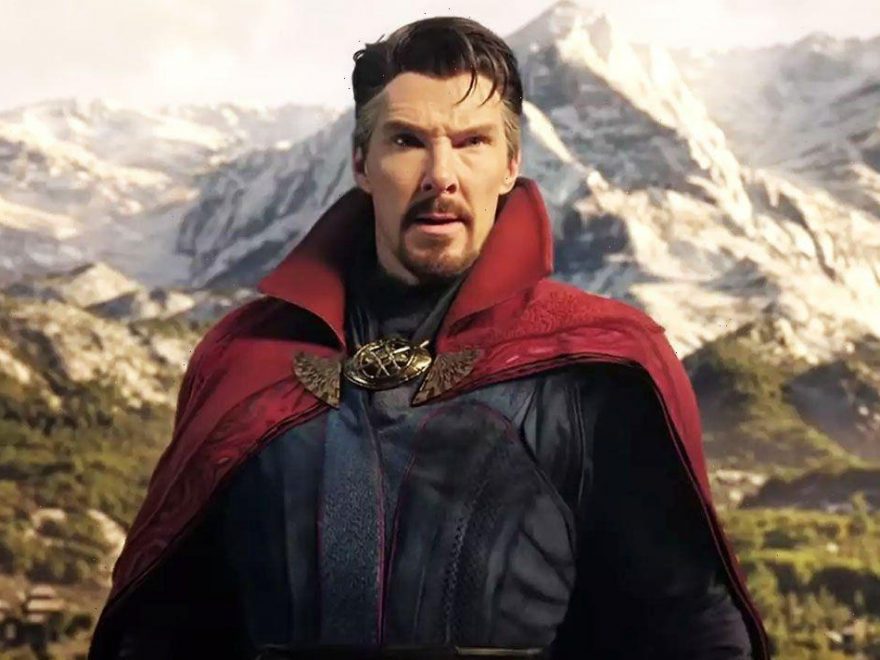 WARNING: SPOILERS FOR DOCTOR STRANGE IN THE MULTIVERSE OF MADNESS AHEAD. There are mid-credits and end credits scenes at the end of Doctor Strange 2. The new blockbuster ends on the cliffhanger of Benedict Cumberbatch’s sorcerer having developed a third eye after daring to use the Darkhold.

Just like Sinister Strange, this could have big implications for Earth-616’s incarnation, although with Wanda having destroyed the book in every universe perhaps he’ll be alright.

A mid-credits scene followed with Doctor Strange walking down the street in New York, before being approached by a woman played by Charlize Theron.

Confronting the Master of the Mystic Arts, she says: “You caused an incursion and we’re going to fix it.”

Using a blade, she cuts a hole in reality, opening up what appears to be the Dark Dimension where Dormammu dwelt.

Opening his third eye once again, Doctor Strange replies, “Not in the least”, before diving into the portal with her.

So just who is Theron playing? It’s been rumoured for months now that the Mad Max: Fury Road star would be in this movie, with one of the roles doing the rounds being Clea. Given the colour of her hair and costume, we’re pretty certain that’s who she’s playing.

In Marvel Comics, Clea was born in the Dark Dimension and is the daughter of Prince Orini, leader of the Mhuruuks and Umar, a Faltine and sister of Dormammu.

The latter would make sense given that the realm she and Doctor Strange jumped into looked like the one as mentioned.

Aside from all this, what’s most significant of all is that Clea is both the disciple and lover of the Marvel sorcerer.

Since things didn’t work out with Christine or her variant, perhaps Doctor Strange 3 will see Cumberbatch’s Avenger finally settle down?

As for the end credits scene, we returned to Earth-838 and Evil Dead star Bruce Campbell’s cameo as the pizza ball seller.

Earlier in the film, Doctor Strange put on a spell on him to punch himself in the face for a really long period of time and finally it was over.

Some fans might be disappointed there wasn’t another Fox character cameo like Deadpool, but no doubt there’s plans afoot to introduce such characters in good time.

Doctor Strange in the Multiverse of Madness is out now in UK cinemas.