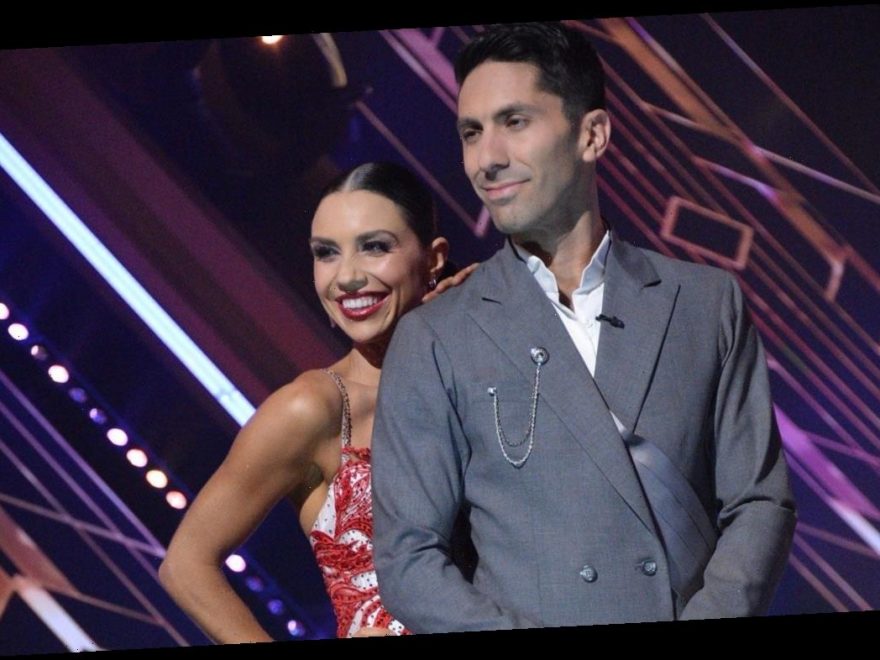 Nev Schulman and Jenna Johnson came to wow the crowd during Monday’s Dancing With the Stars semifinals, turning to a Harry Styles hit for their flashy Redemption Dance.

The Catfish star and his pro partner proved to fans just how much they’ve grown as a dancing duo by delivering an impressive Foxtrot set to “Sign of the Times.”

Judge Derek Hough (who served as their mentor) said the dance was “classic, pure and in control,” with Bruno Tonioli commenting, “You never lost it! You were so in tune, so in sync. It was brilliant.”

“The body contact was incredible,” added Carrie Ann Inaba. “Over the past few weeks, you have mastered this technique and have become a true ballroom artist.”

Nev and Jenna received 10s across the board, for a total score of 30/30 for the performance.

Nev and Jenna previously performed a Foxtrot during the season 29 premiere. The number, which was set to Frank Sinatra’s “The Way You Look Tonight,” earned the pair a total of 20/30, the lowest score they’ve received all season.

Their highest-performing number came during Villains Night, when #TeamBeneevers delivered a Paso Doble tribute to Black Swan. The routine marked the season’s first perfect score, placing Nev and Jenna back on top of the leaderboard and giving them immunity from the following week’s Dance-Off Challenge.

Speaking with ET after last Monday’s show, Nev opened up about what he’s learned on his DWTS journey so far, and how it’s reawakened his passion for the performing arts and musical theater.

“I love musicals,” Nev shared. “I’ve never considered a career path on Broadway, because I know actual Broadway performers and I know how f**king talented they are, and I am not anywhere near that level of talent.”

“But maybe I can sort of sneak in the back door because I’ve got some celebrity and I can dance now and sing okay,” he added with a laugh. “Maybe there’s a little small part for me somewhere… I’ve always had obviously, a passion for dance and musicals… [but] never really considered pursuing those in any kind of meaningful way. So now to have an opportunity to do that, for people to see that, it is really fun.”

Dancing With the Stars airs Mondays at 8p.m. ET/PT on ABC.