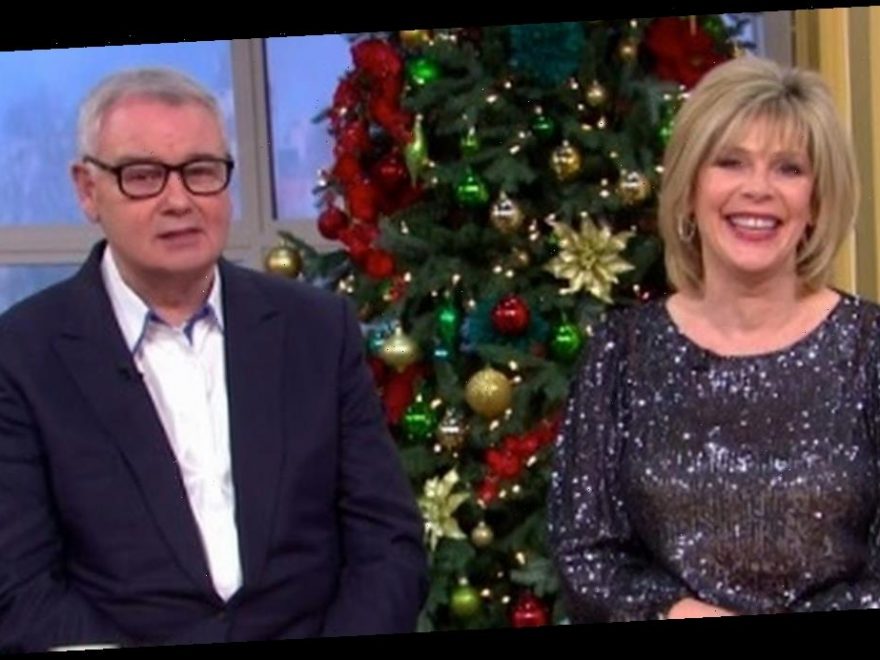 Eamonn Holmes has seemingly revealed the secret identity of one of the celebrities taking part in the upcoming second series of The Masked Singer.

The telly host dropped a major hint on Thursday's episode of This Morning, while sat next to his wife and co-star Ruth Langsford.

The duo shared a clip from the new series of The Masked Singer, which will start on Boxing Day, and hinted that Ruth could be under one of the extravagant costumes.

The 61-year-old asked viewers: "Will you be able to spot Ruth before she is revealed or unmasked?"

Ruth, 60, who is no stranger to reality shows after competing on Strictly, didn't give much away and didn't confirm or deny Eamonn's hint.

Instead, she simply smirked and said: "Hmm."

The long-awaited second series of The Masked Singer will kick off on December 26 with 12 more celebrities hoping to match the success of the first series winner Nicola Roberts.

Girls Aloud superstar Nicola had been under the Queen Bee costume, and viewers had been amazed by her vocal talents throughout the show.

I'm A Celebrity hunk Joel Dommett returns as the host, but Ken Jeong will not be on the judging panel because of the coronavirus pandemic.

Given the secretive nature of the show, the identities of the celebrities will not be revealed until they are eliminated from or win it.

The first season's costumes were equally as fun and interesting.

In the top three with Nicola Roberts as Queen Bee there were second place Jason Manford, who was Hedgehog, and third place Katherine Jenkins, who was Octopus.

American singers CeeLo Green, Jake Shears and Kelis jetted over to the UK and starred as Monster, Unicorn and Daisy respectively.

Other singing professionals were Skunk Anansie's Skin, who was Duck, and Justin Hawkins, who dressed as Chameleon.

The Masked Singer kicks off on December 26 on ITV