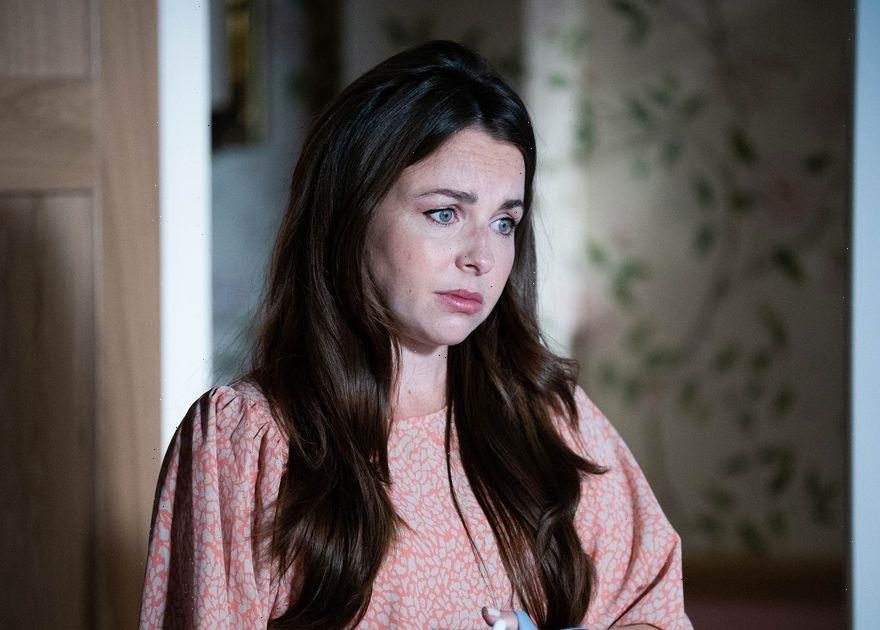 Jean has been keeping her cancer fears secret from her family and Ruby is the only person that knows about her health concerns.

Fans of the BBC One soap were left stunned last week when Ruby finally confessed to framing Stacey Slater (Lacey Turner) for her miscarriage.

Stacey's mum Jean was oblivious to Ruby’s lies and has been supporting her over the past few weeks as she undergoes treatment for endometriosis.

However, Jean and pal Shirley Carter's (Linda Henry) grew suspicious when they discovered a wad of cash from Ruby in Jean’s handbag.

Shirley suggested Ruby was battling a guilty conscience but, when Jean confronted her about what she was hiding, Ruby gave her a sob story about not having anything to offer other than money.

Jean then agreed to take the money for a train ticket to see her son Sean, and insisted on accompanying her to the hospital for a follow-up appointment.

When Ruby became convinced she was going to get bad news, Jean was baffled and told her to be positive.

Ruby cried: "I don’t deserve good news. I won’t be a mother. I can’t be a mum because of what I did, it's karma.

"I didn’t try and get the charges dropped, Jean," she said. "Stacey didn’t push me."

Martin tries to get money out of a cash machine in upcoming scenes but there are insufficient funds.

When he asks his wife Ruby if she's giving all their money to Jean.

Ruby tells him that Jean has terminal cancer.

The nightclub owner starts ovulating later in the week but Martin isn’t in the mood after hearing about Jean.

Lily Slater tells them her grandmother Jean is coming back and she can’t wait to see Ruby.

Worried about what Jean will say, Ruby asks Martin if they can go away somewhere but Martin shuts her down, Jean needs them.

Stacey is currently in jail but is set to make an explosive return to Albert Square later this year.

Will she freed in time to help her poorly mum?

While Stacey is heading back to Walford, Ruby will be waving goodbye as actress Louisa Lytton prepares to welcome her first child.

EastEnders continues Tuesday on BBC One at 7.35pm