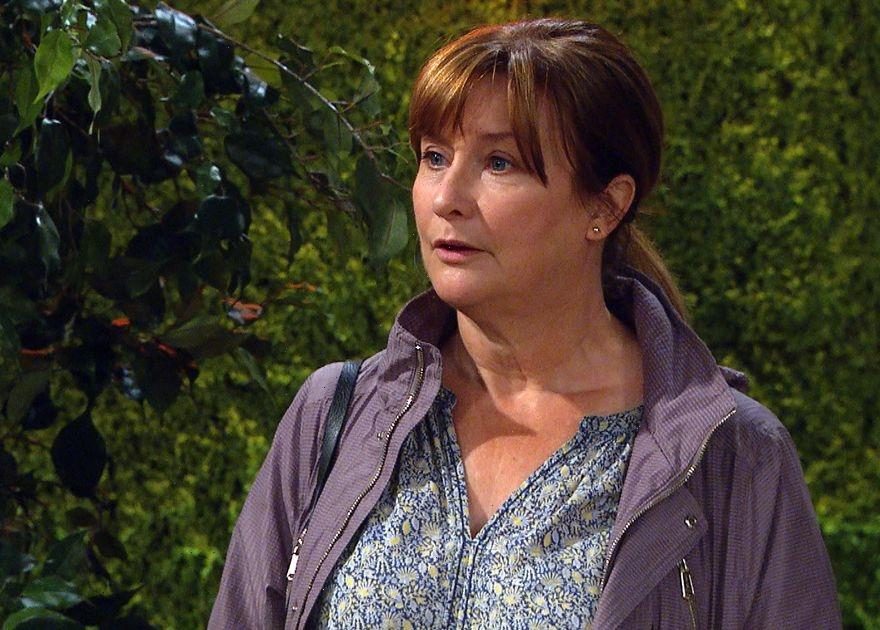 Emmerdale viewers could be set for some seriously tense scenes in upcoming episodes, as a blast from the past returns to haunt Wendy Posner.

Wendy (Sue Cookson) has well and truly settled into the village since her arrival, but new Emmerdale spoilers reveal that could be about to change.

Next week, Wendy is left shaken when Russ (Rob Jarvis) turns up on her doorstep.

He's angry about his mother's will, as she's left it all to baby Harry, so demands that they have a chat.

Meanwhile, Wendy's new flame Bob (Tony Audenshaw) is excited about a night with his lady, but he's clearly anxious about Russ being around.

We soon discover that Russ is Wendy's abusive ex with a criminal past.

He demands that Wendy gets his inheritance back, saying he's not going anywhere until she does.

Wendy introduces Victoria Sugden (Isabel Hodgins) to Russ as Harry's grandparent, but it's clear that she's feeling bullied and conflicted.

Victoria is a little surprised, but they manage to talk her around.

It's clear to viewers that Wendy has been coerced into the introduction by Russ.

Russ claims he wants to be a part of Victoria and her baby son Harry's life, and Wendy, seeing no other option, backs him up.

Wendy tries to reason with Russ and begs him to stay clear of Victoria, promising that she'll get him the money if he just gives her some time.

But he insists he doesn't have time, and says if he doesn't get the cash now, then he'll make sure that she and Victoria both face the consequences.

Wendy is left feeling guilty as Victoria and Bob try and make the best of Russ being in the village.

At the playground, Russ continues acting up as the doting granddad while laying it on thick to Victoria about how poor he is.

Will Wendy manage to solve the worrying situation out?

Or could history be about to repeat itself – perhaps even worse this time?