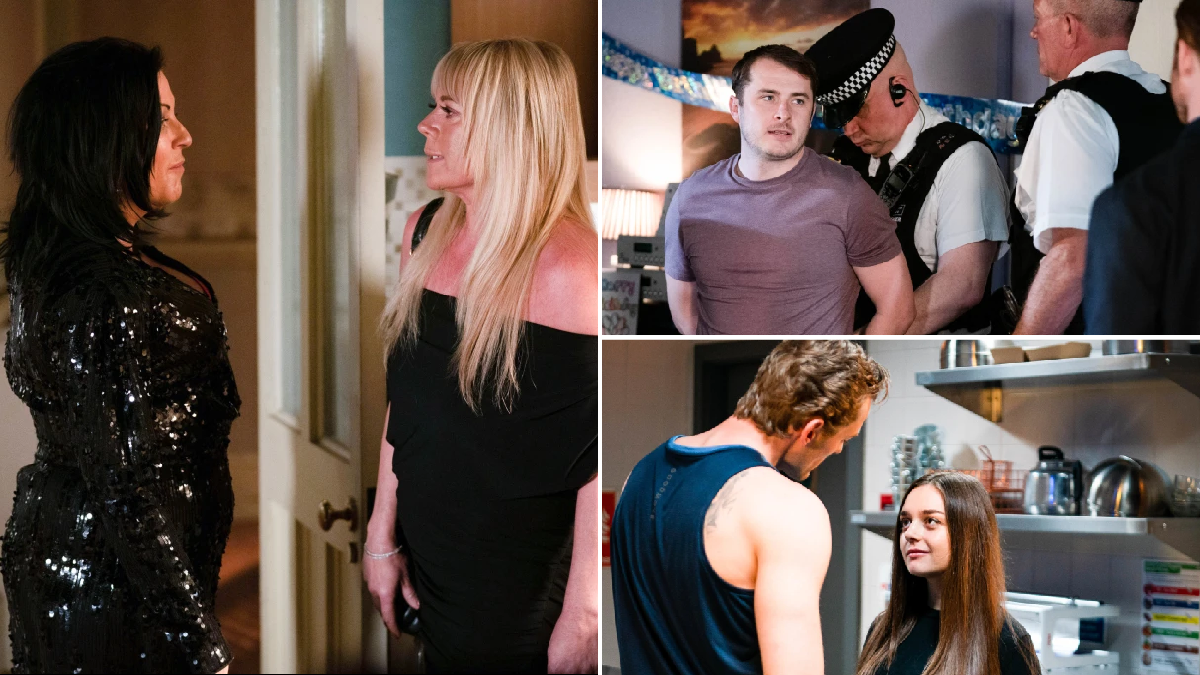 Battle lines are drawn in EastEnders next week, as several of the show’s finest face off with their sworn enemies, making big decisions that will have major impacts for many.

Sharon Watts (Letitia Dean) checks-in on Kat Slater (Jessie Wallace) after the night’s shocking events but the two struggle to remain civil, which leads to a huge argument, as animosity ensues.

Peter Beale (Dayle Hudson) and Dana Monroe (Bsrbara Smith), meanwhile, kiss and take each other’s clothes off. Little do they know, however, that someone has spotted them!

With Peter and Ben Mitchell (Max Bowden) still at war, Kathy (Gillian Taylforth) organises a games night to celebrate Rocky’s (Brian Conley) birthday, but things between Ben and Peter get much worse, as a big argument ensues.

Ben shares some upsetting words to Kathy and drops a bombshell, but things take another turn when the police arrive to arrest Ben, with Peter having tipped them off!

It’s all kicking off, right!

If you simply cannot wait to see it all unfold, then here’s a first look at all the upcoming drama.

EastEnders airs these scenes w/c Monday July 11 on BBC One and BBC iPlayer.