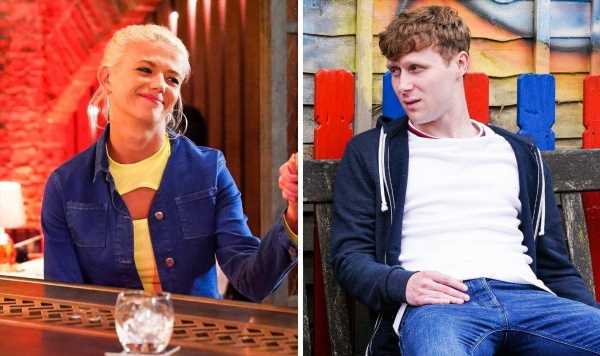 Lola (played by Danielle Harold) has always been close friends with Jay (Jamie Borthwick), but official EastEnders spoilers confirm their friendship could land them in trouble next week when Honey (Emma Barton) has reason to believe Jay cheated on her with his pal. The two claim the incident was a misunderstanding, but could they be lying? It’s possible the truth could come out if Lola discovers she is pregnant.

Spoilers from the BBC soap confirm Honey is disappointed to see a hungover Jay walking into the café making plans with Frankie Lewis (Rose Ayling-Ellis) and Lola for a second night out.

Later at Peggy’s, a drunk Jay pretends to be Lola’s boyfriend to get a guy off her back.

Although this seems innocent enough, it’s possible the two could take things further.

The next day, Lola and Jay laugh off Jay’s drunk antics. 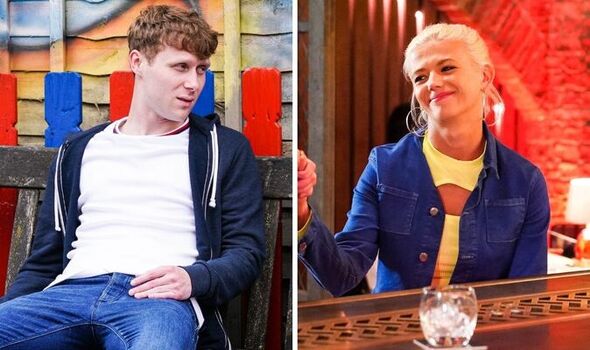 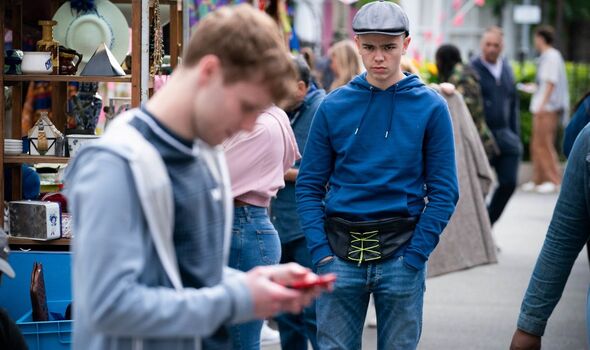 They joke about him being her “boyfriend” the previous night, not realising Lola’s daughter Lexi Pearce (Isabella Brown) has overheard.

Lexi will more than likely spread the news around that her mother has a new boyfriend, causing trouble for the pair.

The two are later forced to explain to Honey, Billy Mitchell (Perry Fenwick) and Will Mitchell (Freddie Phillips) the misunderstanding – will Honey believe them?

Regardless if she does or not, it isn’t unreasonable to assume the two might be lying.

Jay and Lola have a history, and in their drunken state, they could have left the club to spend the night together. 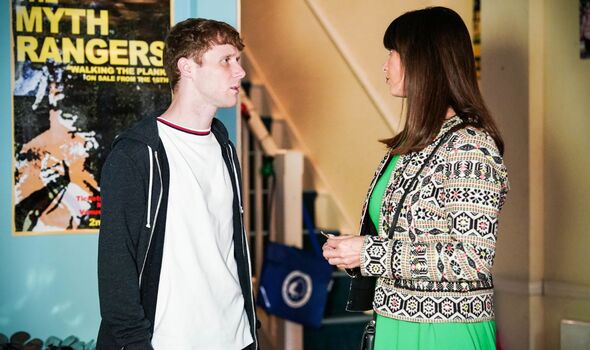 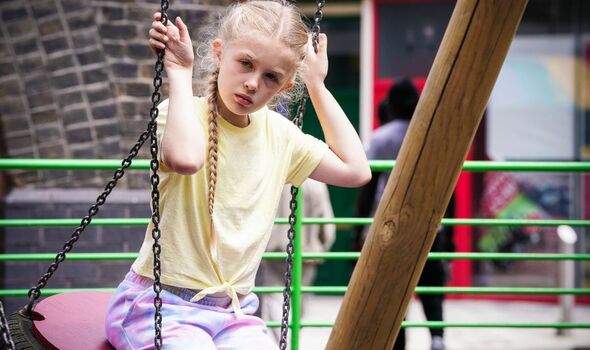 During Thursday’s episode, Honey became irritated by Jay’s behaviour after he’d enjoyed a night out with Lola and Frankie.

The women had also been teasing him about his relationship with Honey, who is significantly older than him.

Although they have enjoyed a successful relationship for years, it would appear the differences in the couple are beginning to show, with Jay still keen to let his hair down and be irresponsible, while mother-of-two Honey wants a quiet life.

Honey had initially agreed to join Jay on Thursday but later claimed she was too tired and told him to go and enjoy an evening with his friends.

When Lola and Frankie asked where Honey was when Jay arrived at the club alone, he explained: “She’s tired, she’s had a long day.”

A drunken Frankie jokingly explained to her friend: “He’s going out with a pensioner.”

Jay laughed the comments off but seemed to be questioning his relationship.

Meanwhile, Honey kept messaging Jay throughout the night, trying to find out when he’d be back.

She became angry when she was later woken up by a loud, inebriated Jay.

Honey found him crawling on the floor, singing at the top of his voice.

It’s clear she wasn’t pleased, and will no doubt be annoyed when Jay decides once again to arrange a night out.

It’s possible Jay and Lola will get talking after he helps her to get away from the man pestering her.

Jay might open up to her about the doubts he is starting to have regarding Honey.

In their intoxicated state, the two could spend the night together after they leave the club.

They could decide to brush it off with a lie the next day, but things might catch up with them if Lola falls pregnant with Jay’s baby.

It’s been reported that Lola is set to be leaving the soap in a harrowing brain tumour storyline.

This will be made all the more tragic if she has recently given birth to Jay’s baby.

It could be that the couple decides to give things a go again if Jay and Honey break up, but their relationship might be cut devastatingly short.

Will Jay be left to raise a baby by himself next year?

EastEnders continues on Monday at 7.30pm on BBC One.