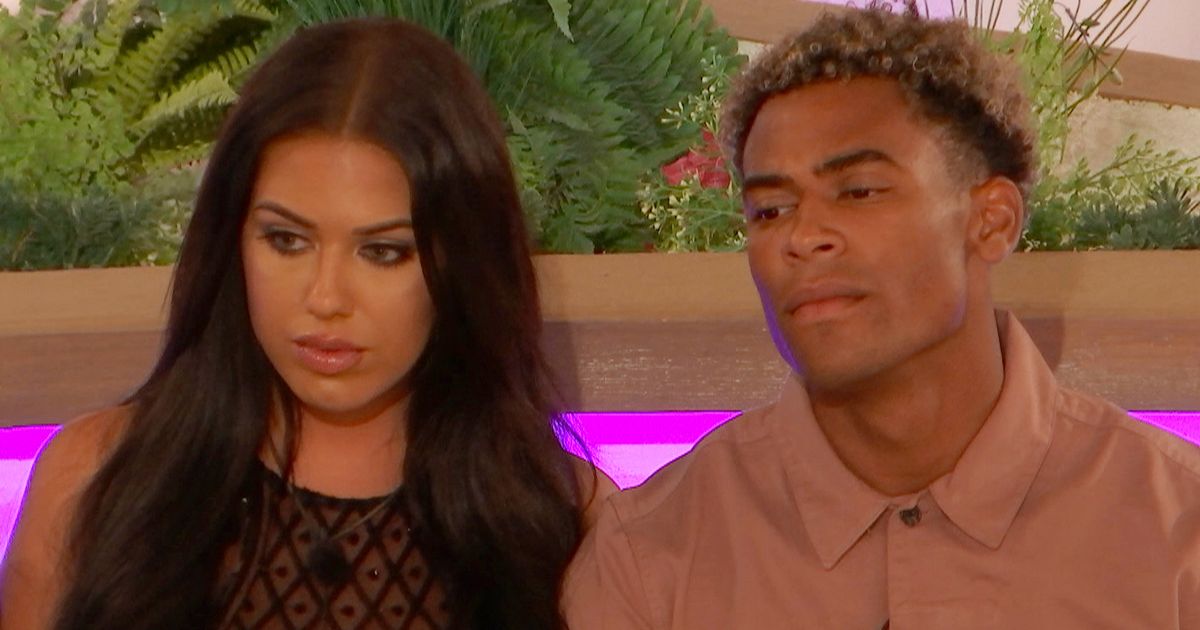 Love Island will air a mass dumping tonight, in which four Islanders are given the chop.

But the Mirror Online can exclusively reveal that the islanders in question have already left the villa and are currently in lockdown, waiting to face the public.

An insider confirmed that the Islanders were given their marching orders after the public vote, in tense scenes which will hit screens on Wednesday.

While the stars who left the villa are still top secret, fans were quick to speculate the dumping spelled bad news for Jordan Hames and Anna Vakili, who had a furious bust up during last night's episode.

Jordan fell out of favour with many viewers when he set his sights on India Reynolds, just days after asking Anna to be his girlfriend.

But did his snakey actions cost him and Anna a place in Monday's finale, and who else is at risk?

So far, Tommy Fury and Molly-Mae Hague are tipped by bookies to take the 2019 crown, with Ovie and India trailing behind them in second place.

Amber Gill and Greg O'Shea are currently third most likely to take the crown while Curtis and Maura have a long way to go coming in fourth place.