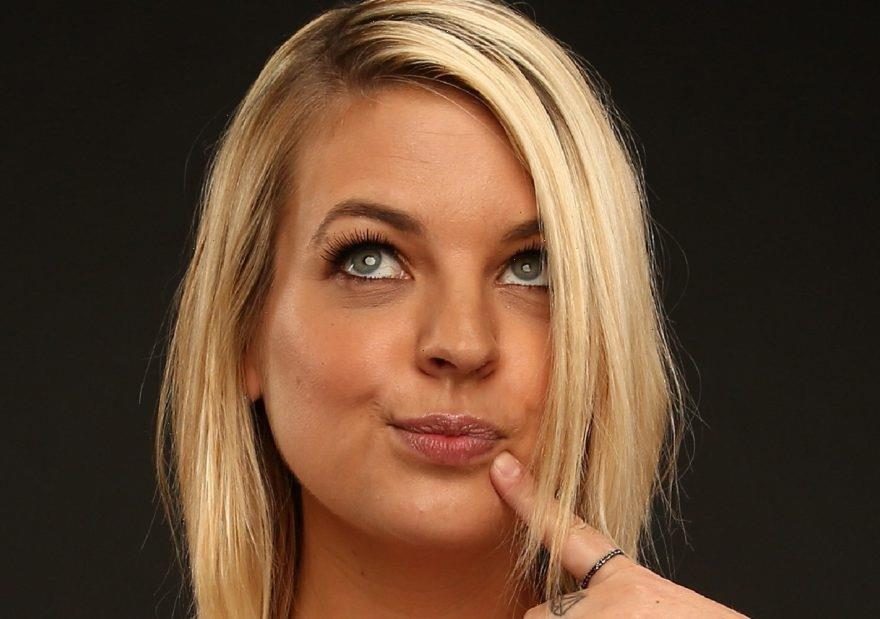 General Hospital star Kirsten Storms has really been “through it” this year. Earlier this past summer, she was out of commission due to brain surgery. Then, yesterday, she got on Instagram and revealed that she’d tested positive for COVID-19. She also revealed that she “suddenly” had to move out of her old apartment.

Fans of General Hospital will recall that Kirsten Storms — who plays Maxie on the show — stepped away from the production for a period of time. She’d taped shows all the way up until June 2021. At that time, production revealed that she’d be away from the show “indefinitely.”

Storms’ last appearance on the show was on July 19. At that time, Maxie left Port Charles — and her baby, which is now in Brook Lynn’s custody — for Texas. The episode was taped back in June 2021 and was written in so Storms could get surgery.

Fans will recall that Storms discovered a benign cyst at the base of her brain after she began experiencing extreme migraines. Storms had also been getting a lot of support from her fellow General Hospital cast members, who had been sending her wishes for a speedy recovery.

Even though there had been rumors that Storms would be recast on General Hospital, she made a full and relatively quick recovery. And, before long, she was back to work.

Unfortunately, it seems as though bad luck has hit Storms again. On December 31, 2021, Storms took to her Instagram stories to reveal a one-two stroke of bad luck. Her first revelation was that she had to “suddenly” move out of her old home on the day before Christmas Eve.

“I know I haven’t been doing many stories lately,” she said. “I moved the day before Christmas Eve. I didn’t get to choose my move date, obviously. But I’m loving my new place, and my new neighborhood.”

But that wasn’t the worst of it.

Storms went on to reveal that she’d recently tested positive for COVID-19.

“Three days ago, I tested positive for COVID after thinking I had bronchitis,” she said. “I was really sick the first day and a half. And now, every time I sleep, when I wake up, I feel a little bit better. I’m doing better today – I crafted, which is a sure sign that I’m doing better. Not great, but better.”

Storms didn’t reveal where she’d contracted COVID-19. She also didn’t reveal whether her diagnosis would affect her shooting schedule with General Hospital. However, she did make clear that she was quickly getting better. She also revealed that she’d be interacting more with her fans on her social media accounts in the days to come.