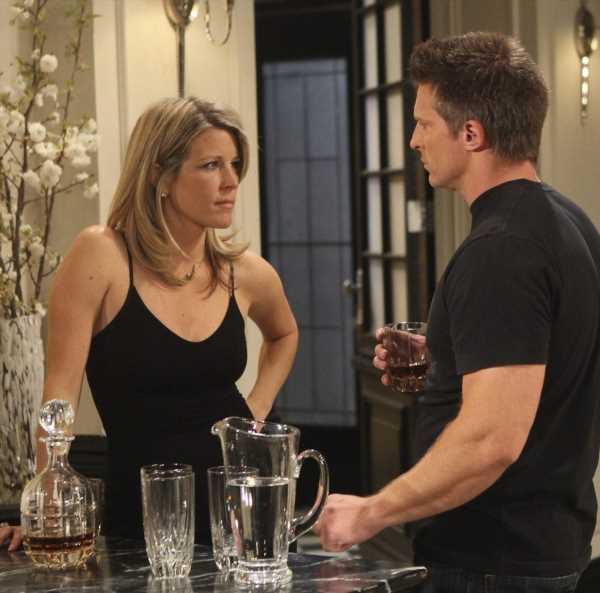 On General Hospital, Carly and Jason are finally getting ready to walk down the aisle. But their wedded bliss has certainly met its fair share of resistance. Now, the latest speculation suggests that their big day will get interrupted by a most unwelcome wedding guest. Who could it be?

On ‘General Hospital,’ Carly and Jason are getting married

General Hospital seems to be going forward with the Carly and Jason nuptials. Carly and Jason each had a final “night out” in the form of bachelor and bachelorette parties — which, in true Port Charles fashion, is filled with drama and intrigue.

Carly’s bachelorette party had everything that a woman could ask for: all her best girlfriends, adult male entertainment, and presents galore. All this was happening while she was insisting, of course, that she loved Jason so much and couldn’t wait to marry him.

Unfortunately, she couldn’t muster up enough feeling to show as much at her bachelorette party.

According to Daytime Confidential, the Sept. 3 episode of General Hospital revealed that Carly was still questioning whether she’d done the right thing in accepting Jason’s marriage proposal. Carly had previously revealed that her feelings for Sonny just wouldn’t die, even though she knew that he was “dead.” (He’s not, and she doesn’t know it, but that’s neither here nor there at this time.)

“Olivia offers her congratulations. Carly thinks Olivia would have thought it was too soon after Sonny, but Olivia feels it’s fine since she’s known Jason for so long,” said Daytime Confidential. “Sasha is shocked when Brando shows up as the male entertainment and dances for the women. Afterward, Bobbie notices that Carly doesn’t seem to be invested. Bobbie reassures Carly she’s doing the right thing marrying Jason.”

That doesn’t sound too convincing.

Throw Jax in the mix, add a little drama — and Sonny just might interrupt the wedding

Recently, General Hospital revealed that Jax discovered the truth about Sonny Corinthos. Sonny is alive and well, living in Nixon Falls, and carrying on with Nina. But what Jax doesn’t know is that Sonny/Mike recently had a “flash memory” of Carly in his head. He knew he saw Carly — he just couldn’t remember who the woman was. (And he certainly didn’t tell Nina, who seems all but ready to snap with all the secrets and lies.)

And according to Celeb Dirty Laundry, Sonny will crash Carly and Jason’s wedding on Sept. 17. “The timing might fit for Sonny to finally take a trip to Port Charles – just in time to witness Carly in the process of marrying Jason,” they said. “It doesn’t get much soapier than presumed dead Sonny interrupting his widow’s new nuptials! Naturally, there’s also the potential for mob danger at this big gathering, but Sonny’s return could certainly fit with that.”

Now, this is all just speculation, of course. Who knows what could really happen? We’ll just have to tune in to upcoming episodes of General Hospital to find out how messy things get in this love triangle.