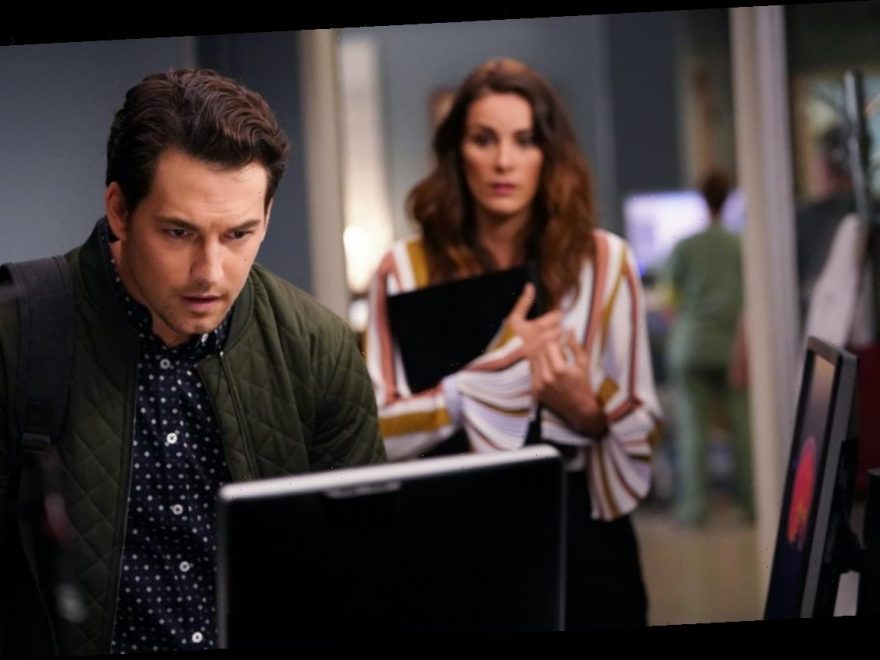 Grey’s Anatomy has been on air for a decade and a half. With only four of the original cast members remaining on the show, Grey’s Anatomy seems to be churning out new cast members every season. One of the most beloved characters are the DeLuca siblings.

Although fans love the Italian siblings, some have noticed some inconsistencies with their accents. Read on to find out why Andrew DeLuca doesn’t have an Italian accent while Carina does.

Fans speculated that Andrew was cast as Derek’s replacement

Andrew joined the residents at Grey Sloan Memorial Hospital at the end of the 11th season. He first makes an appearance in the episode ‘Time Stops’ when he assists in an accident. It is revealed that Andrew was on his way to report to work at the hospital when he sees an accident.

He helps in transporting the victims to the hospital. When he arrives, the interns think he is an attending since he was wearing a suit. They later learn that he is also an intern, which leads to the other interns resenting him for posing as an attending. They even refuse to share a house with him.

He ends up moving in with Arizona Robbins. Andrew gets close to the Chief of Cardiothoracic Surgery, Maggie Pierce, but the relationship doesn’t last long. He feels intimidated by Maggie, and he ends up breaking up with her.

His next brief fling is with Jo Wilson. After driving a drunk Jo home, he puts her on the bed, but Jo seduces him. Her boyfriend, Alex, comes in to find Andrew, who’d fallen on top of her. Misunderstanding the situation, Alex beats Andrew, who later files an assault charge against Alex.

The charges further worsen Andrew’s relationship with his colleagues. Alex is friends with some hospital executives, and the assault charge against him causes friction between Andrew and his workmates. He then begins a romance with Meredith after they share a kiss.

When actor Giacomo Gianniotti was cast as Andrew, many fans speculated that he had been brought in to replace Patrick Dempsey, who had left the previous season. However, Gianniotti disputed the claims and stated that he was a fresh addition and his casting wasn’t a Derek replacement antic.

Andrew’s sister Carina also joins the staff at Grey Sloan Memorial to research the female orgasm, a topic Andrew isn’t in favor of. When Carina comes to town, Andrew isn’t aware of her arrival until he walks in on her, kissing his roommate Arizona.

The two siblings have an apparent sibling rivalry like that of Derek and his sister Amelia. Carina’s study on the female brain before and after an orgasm helped the doctors discover Amelia’s tumor after she submitted herself for studying.

Carina temporarily returned to Italy in season 15 to take care of her father, who dealt with mental illness. Although she is described as an excellent doctor, not much is shown of her skills, and fans were very disappointed.

Why don’t the DeLuca siblings have the same accent

The family drama between the DeLuca siblings served to extend the show’s plotline. However, some fans noted the inconsistencies between the siblings’ accents.

In a Reddit thread, some fans acknowledged that the siblings’ accents are “the hottest thing I have ever seen,” while some noted that Andrew’s wasn’t as obvious as his sister’s.

A more in-depth insight into the characters’ plotlines reveals that Andrew moved to the United States with his mother earlier while Carina stayed in Italy with her father. Although Andrew speaks fluent Italian, he visibly has an English accent while his sister’s English is full of an Italian accent.