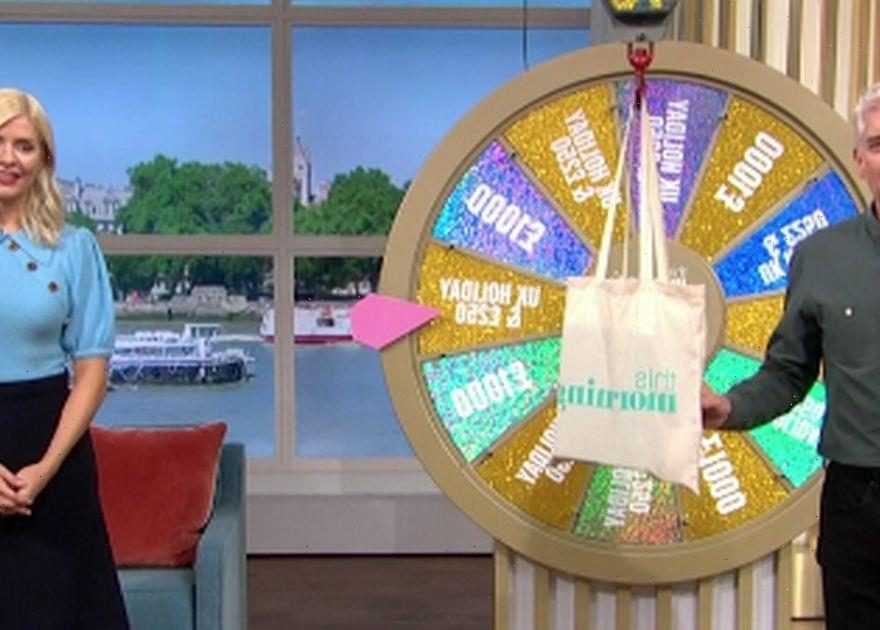 This Morning's competition-style segment Spin To Win has been temporarily axed from the programme.

The quiz-style feature appears daily on the ITV daytime series and sees viewers phone-in and try and win prizes by spinning the wheel or trying their luck with the balls.

On Thursday's show, however, presenter Holly Willoughby confirmed that Spin To Win would be taking a break from screens.

Appearing alongside Phillip Schofield after completing today's contest, Holly said: "Spin To Win is going to be taking a break now but keep an eye out for when it returns."

She later joked: "No one's touching my balls."

Spin To Win's break from screens follows a string of awkward incidents involving the segment.

On one particular episode, presenters Holly and Phil were stumped when no caller could be reached to partake in the competition.

Earlier this month, celebrity chef Gino D'Acampo also gatecrashed the segment and caused chaos during his returning appearance to the show.

The competition has previously taken a break from screens before making a return at a later date.

While Holly and Phil regularly host Spin To Win on weekdays, presenters Eamonn Holmes and Ruth Langsford and Alison Hammond and Dermot O'Leary have also been known to get in on the action.

The segment's rules sees viewers asked to provide a passphrase for the chance to play, with them being made to answer questions about the day's show in order to win the prizes.

This Morning airs from 10 am on weekdays at ITV.