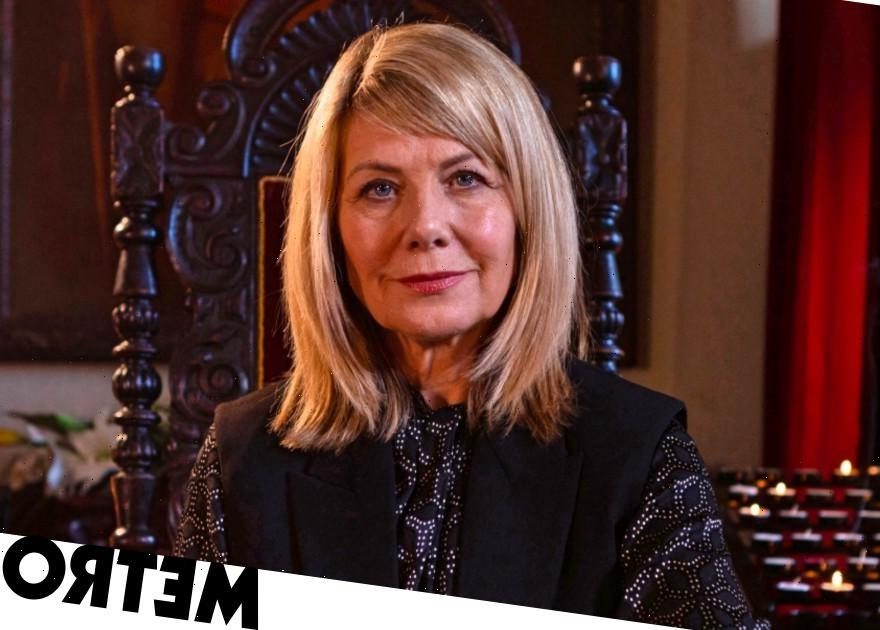 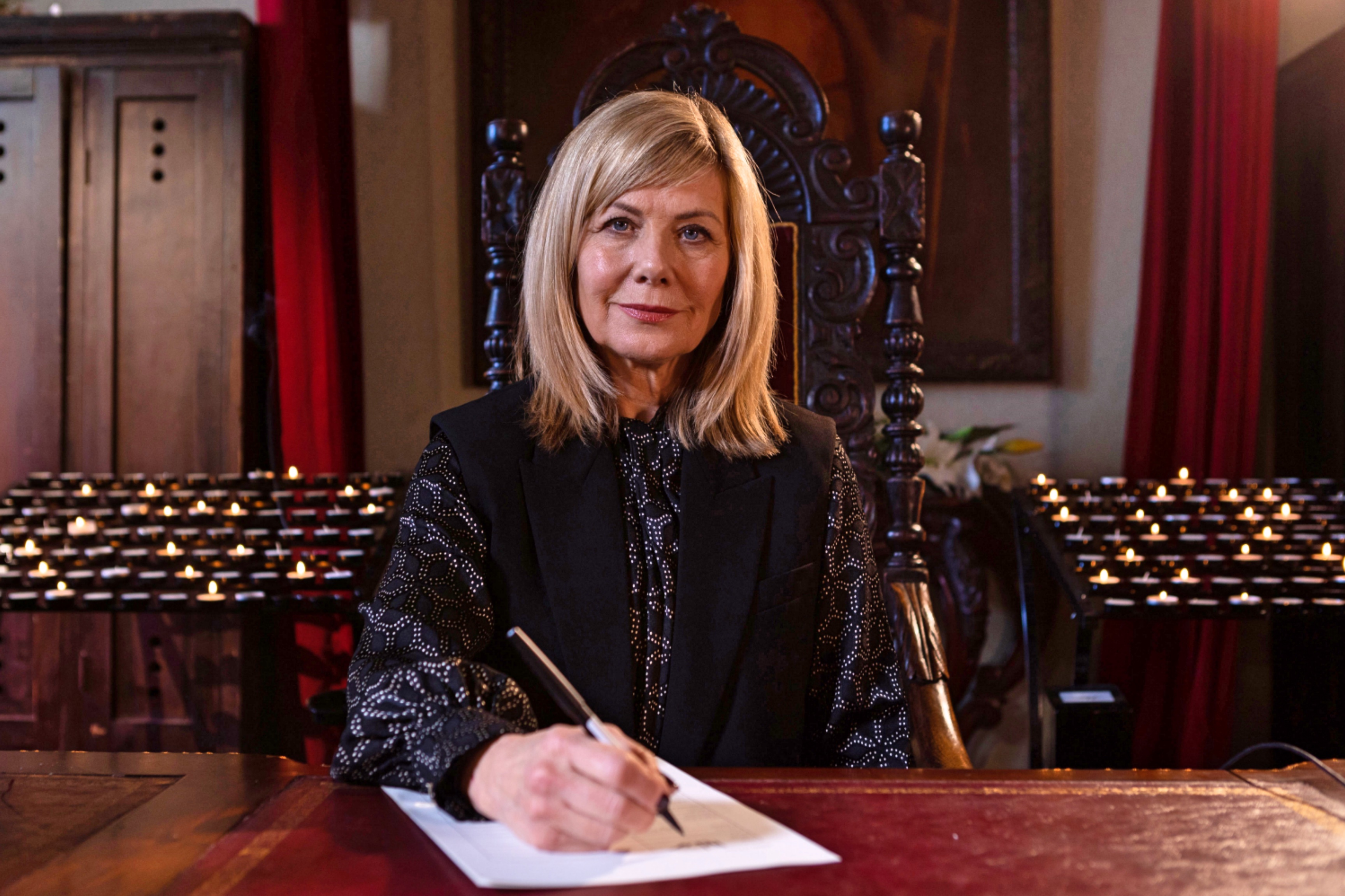 Hollyoaks is famed for its tough, no-nonsense gangsters but, according to star Glynis Barber, The Undertaker will have even the mightiest of villains ‘quaking in their boots’!

The dangerous crime boss, whose real name is Norma, has already made her presence felt, with the show’s latest bad boy Ethan Williams (Matthew James-Bailey) scared stiff of her.

Even Sienna Blake (Anna Passey), who we reckon is just about the toughest character in soap, told Ste Hay (Kieron Richardson) that she’s actually ‘scared’ of what might happen at The Undertaker’s hands.

Scared she absolutely should be, as The Undertaker has found out that she and Ste have been stealing money from Ethan, and let’s just say that she’s intent on making them pay!

‘[The Undertaker] is a complete and utter gangster!,’ actress Glynis Barber told Metro.co.uk. ‘Gangster with a capital G!

The former EastEnders star described Norma as ‘intimidating’ and ‘dangerous’, and revealed that she ‘threatens a lot’.

‘There isn’t a threat that she won’t carry out! She would carry through with anything. There’s nothing she wouldn’t do.

‘All I can tell you is that all the villains in Hollyoaks are very scared of her! They’re nothing! [laughs]. Those guys, they all think they’re big and scary, but they’re small fry!’

Consider us intrigued – and terrified – already!

Viewers caught their first glimpse of Norma on Thursday (April 28), but the character makes her grand entrance on Friday (April 29), as she arrives in the eponymous village to show Sienna, Ste and Ethan who is boss.

‘She comes in to sort this out,’ explained Glynis.

‘I think she’s got this little empire, so why should she bother with one tiny little shop in Hollyoaks? But the thing is, if you’re going to run a tight ship and it’s not going to implode, then you can’t let anyone away with doing anything like that, because it starts little and then it then turns big.

‘She’s not going to put up with anything.’

But just how do Sienna, Ste and Ethan react upon coming face-to-face with their worst nightmare? Why, they’re ‘quaking in their boots’ of course!

‘They are literally quivering, very quickly,’ added Glynis. ‘Norma arrives in her hearse, because that’s what she drives – well, she has a chauffeur!

‘Within seconds, she’s like: “Right, Get in!” There is a scene where she frightens the life out of them.’

Norma will certainly make her presence felt, that’s for sure, as she reigns down terror on those that have wronged her. She will, however, interact with many more residents as the weeks roll in.

‘She clashes with everybody!,’ said Glynis. ‘So far in what I have shot, I have a small circle of people, but I believe she ends up getting around everybody!.

‘If you meet her, she threatens you! That’s just the way it’s going to be. So far, she’s not looking to meet and intimidate everybody, because she’s only doing what she has to do with the people who affect her.

‘I was just shooting some scenes with a character I didn’t know I was going to have anything to do with, and they were brilliant! If you think the first scenes are bad, it’s just absolutely brilliant what she does next.’

We can hardly contain our excitement!