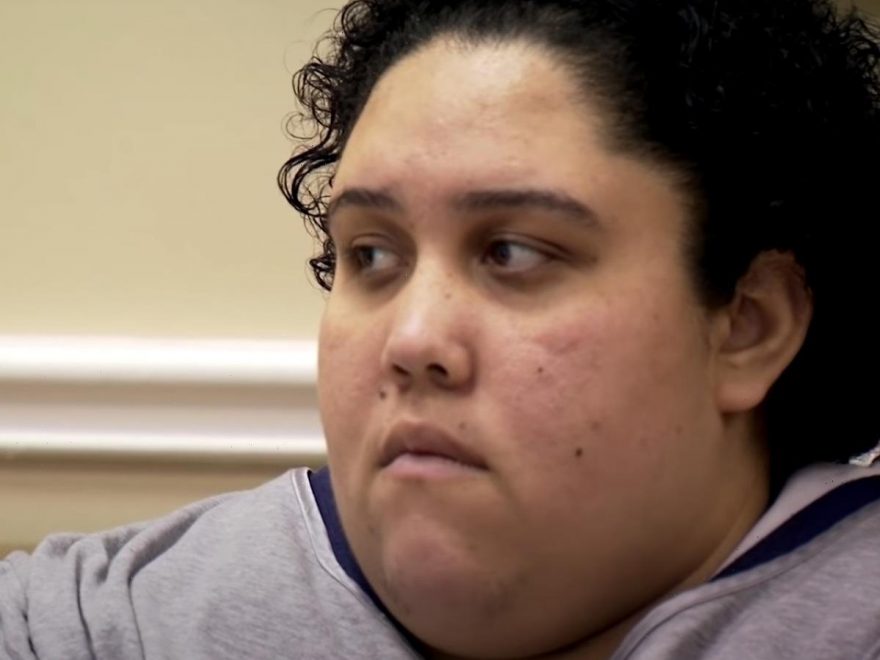 As seen on TLC’s hit reality show “My 600-lb Life,” no weight loss journey is easy, even with the help of bariatric surgery. Gastric bypass and sleeve gastrectomy surgeries are not quick solutions, despite current myths, and there’s still plenty of work the series’ cast members must do to shed the weight. They even need to prove themselves before qualifying for Dr. Now’s program. It’s a long road ahead for these cast members, and some have died.

As if the weight loss itself wasn’t difficult enough, one cast member had an even more dramatic situation to deal with. Bettie Jo Elmore appeared on Season 3 in 2015, where the then-26-year-old weighed 654 pounds, per The Cinemaholic. She overcame past trauma and lost enough weight to qualify for gastric bypass surgery — despite her husband Josh’s concerns that she would no longer need him and might leave him. After her surgery, Bettie Jo’s weight got down to 445 pounds, per The Cinemaholic, and she continued working toward her goal. However, in her 2016 “Where Are They Now?” episode, Bettie Jo was confronted by a different life-threatening difficulty, and forced to make a life-or-death decision.

Happily, Bettie Jo made her decision and is doing much better now — and even has a little prize to show for it. Find out what happened — and how and Bettie Jo is doing now — after the jump.

Bettie Jo had to choose between her life and her baby

While morbid obesity and weight loss journeys are difficult enough, Bettie Jo Elmore had an even more complicated decision to make. In her 2016 “Where Are They Now” episode, the doctors discovered that Bettie Jo had a large mass at the base of her spine (via People). It wasn’t cancerous, thank goodness, but Bettie Jo was pregnant — which made things scarily complicated. “The bigger the baby gets, the more he presses on the bone mass on my spine,” Bettie Jo explained in the episode. “I’m already a high-risk pregnancy, so a lot of things could go wrong.”

Bettie Jo had to choose between removing the mass and possibly losing her unborn baby, or leaving the mass where it was, which would increase her risk of paralysis. She chose to put her baby’s life over her own, forgoing the surgery (per Starcasm). Though her doctor assigned her to bed rest for the remainder of her pregnancy, she made it through (apparently husband Josh was still needed after all), and Bettie Jo announced that their son Preston Isaiah was born safely on August 10, 2016.

Going by Bettie Jo’s posts on social media, she seems much happier, sharing photos of her husband and child and talking about healthy recipes. She and Josh celebrated their 10-year wedding anniversary on March 3, and she watches what she eats. She’s overcome so much in her life and deserves all happiness.