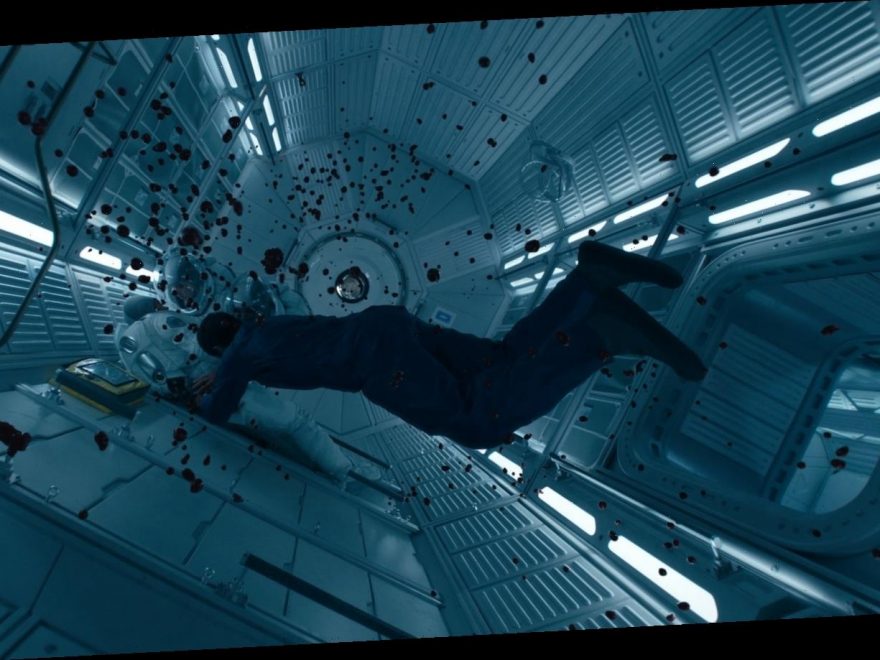 TheWrap awards magazine: “I wouldn’t have trusted me to deliver the sequence we did,” visual effects supervisor Matt Kasmir says of the complicated scene

A version of this story about “The Midnight Sky” first appeared in the Oscar Nominations Preview issue of TheWrap’s awards magazine.

“The Midnight Sky” had just begun shooting in Iceland when director George Clooney turned to visual effects supervisor Matt Kasmir with an idea. There was a scene in the film in which an astronaut suffers a tear in her space suit and begins to suffocate from the lack of oxygen — but what if they replaced that, Clooney said, with a scene in which she’s bleeding inside her suit? And what if, when she gets inside the spaceship and they take her helmet off, the blood spurts out and floats around her in a kind of zero-gravity ballet?

“That was in November of 2019,” Kasmir remembered. “And bless him, he didn’t see any final, finished shots until a week before he had to deliver the film (in the summer of 2020). “I have to say, hat’s off to George. I wouldn’t have trusted me to deliver the sequence we did.”

The scene required Kasmir, fellow visual effects supervisor Chris Lawrence and their teams to research the viscosity and density and color of zero-G blood and to animate individual blobs, which they took to naming: “They weren’t exotic names, just like Mr. Blobby and Third Blob From the Left.”

The blood scene, before and after VFX: 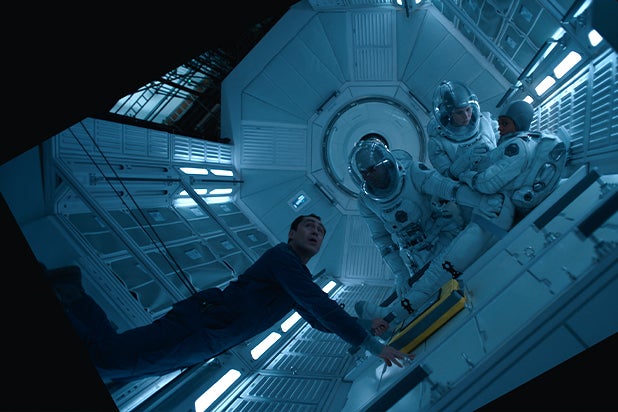 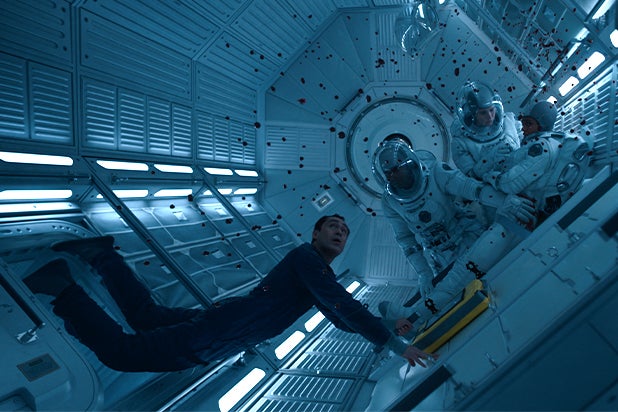 They also replaced the background, because walls had to be removed from the set to allow for wires and rigging to suspend the actors, and they replaced actors’ faces at times for some shots. (There are moments in the scene, he said, when every element was CG.)

Scene that was constructed entirely in CG: 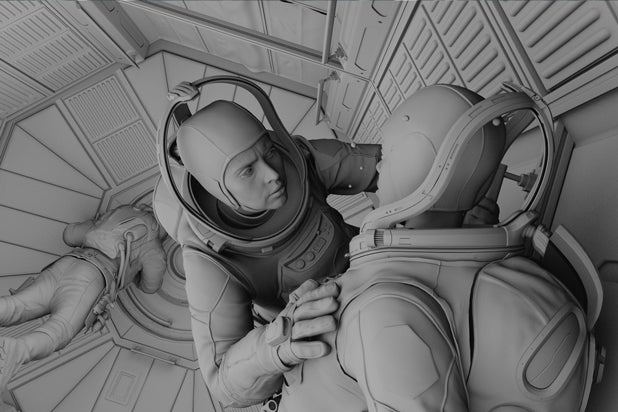 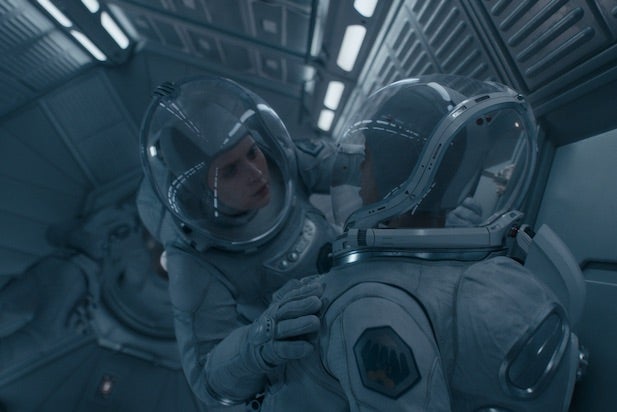 “In every sense, it was one of the more complicated scenes I’ve ever worked on,” Kasmir said. “George had a list of things: It had to be balletic and look beautiful, it couldn’t look like a horror film, it was horrific but never gory. And we kept hitting our marks.”

The zero-G blood was hardly the only challenge in “The Midnight Sky,” which also required 70 fully CG performances during an extended spacewalk scene that was meticulously planned with a virtual camera system.

Back on Earth, the action takes place in the Arctic, where the VFX team made use of LED screens rather than compositing for exterior scenes, as well as SkyPanels and Roscoe gel walls that would enable them to control the kind of light reflecting off the snow. “I’ve got this absolute hatred of artificial or even real snow shot on a stage, because snow reflects so much of the environment,” he said. “You don’t perceive it, but you’d notice when it’s not there – it always looks just blown out and dead. And the worst-case scenario happened because of the lack of falling snow in Iceland, which meant that we didn’t necessarily get all the shots we wanted.”

The Arctic station, before and after CG: 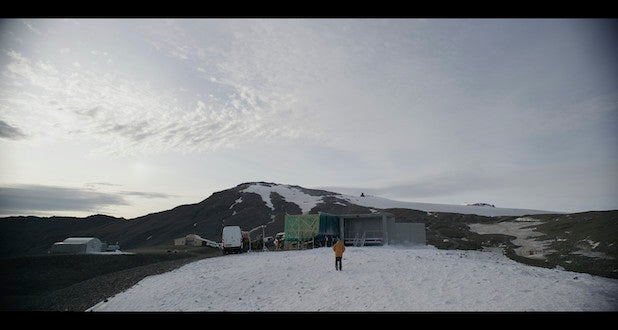 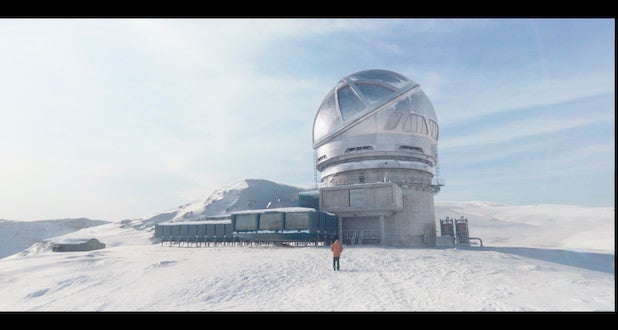 “We were directly cutting between location Arctic shots and stage Arctic shots,” Kasmir said. “We pushed the technology so that I could stand on the stage at the lighting desk and replicate the falloff and the blues of the sky and the orange of the sunrise and the darkness of the hills.

“That was my biggest fear going into the job, but even now I find some of those shots indistinguishable.”