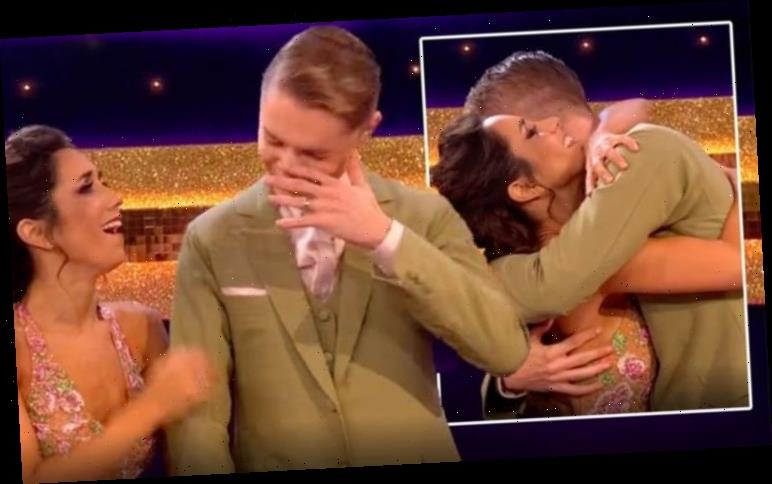 Strictly Come Dancing 2020 is now in full swing and one competitor to have already caught the eye of the judges and being tipped for glory among BBC viewers is YouTuber and singer HRVY. Alongside pro partner Janette Manrara, the 21-year-old took to the dance floor in week two to perform the Vienesse Waltz just seven days after judge Motsi Mabuse said he’d performed the “best first dance” she’d ever seen. And while he continued to impress in the second week, it was a moment with host Claudia Winkleman which was his highlight.

HRVY and Janette’s performance in week two was met with a relatively positive reaction from the likes of Craig Revel-Horwood, Shirley Ballas and Motsi.

With scores of seven, eight and nine, HRVY finished the week on 24 points, placing him and Janette second on the leaderboard behind EastEnders’ Maisie Smith.

And while he and his pro dance partner were both ecstatic by their score, Claudia had a surprise up her sleeve which left him wiping away the tears.

As he and Janette joined Claudia after their performance, the BBC host kicked off their chat as she said: “You don’t recognise yourself, do you? 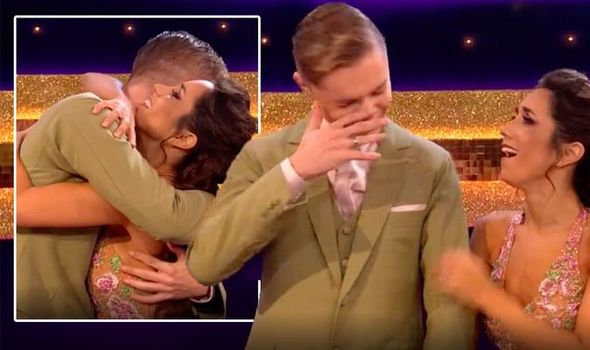 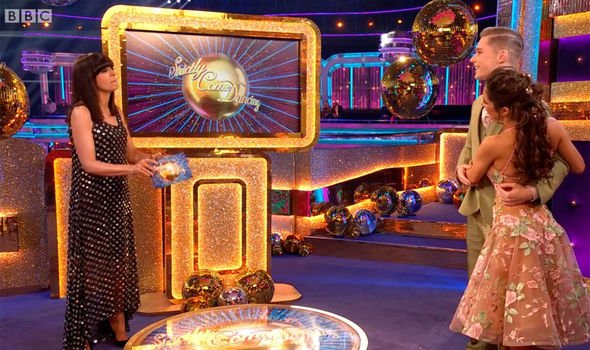 “You’re watching that going ‘who is that?’” she added, prompting HRVY to say: “Yeah, I don’t recognise him – but I quite like him!”

The Strictly host then revealed: “I know every Saturday, you come off the dance floor and you call your nan, Joyce, don’t you?”

With emotions beginning to build, Harvey replied: “Oh, yeah – shout out to Joyce. I love you.”

“Shout out to Joyce,” Claudia echoed before giving HRVY a little surprise message from his biggest fan. 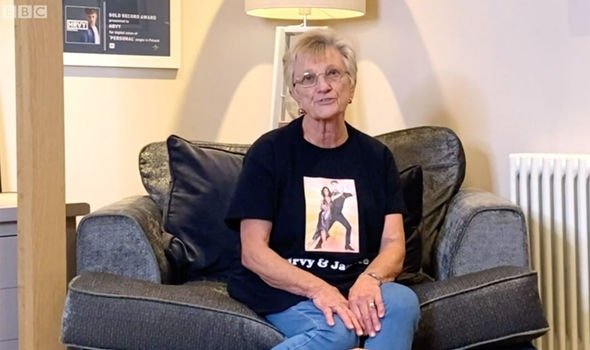 “No way,” HRVY shouted as Joyce popped up on-screen with some well wishes for her grandson.

“You’ve made us all so proud, I can’t wait to see you Saturday night on the telly, we’ll all be voting for you.

“Good luck. Love you lots. Nan,” Joyce signed off and HRVY couldn’t hold back the tears after watching his grandmother on the TV.

HRVY began to wipe away tears as he tried to regain his composure before Janette planted a supportive hug on her partner.

However, HRVY reassured the Strictly host all was okay before adding: “Sorry, I can’t speak.”

Claudia apologised once again as the trio moved on with their chat.

And viewers at home were similarly touched by the adorable moment between HRVY and his nan.

“HRVY’s nan signing off as ‘Nan’ has set me off. #strictly,” said one viewer.

A second added: “HRVY’s nan having all that merchandise from him is adorable #Strictly.”

While a third weighed in: “Awww! Hrvy and his nan! [love heart emoji] #Strictly #StrictlyComeDancing.”

Strictly Come Dancing continues with the results show tonight at 7:15pm on BBC One.