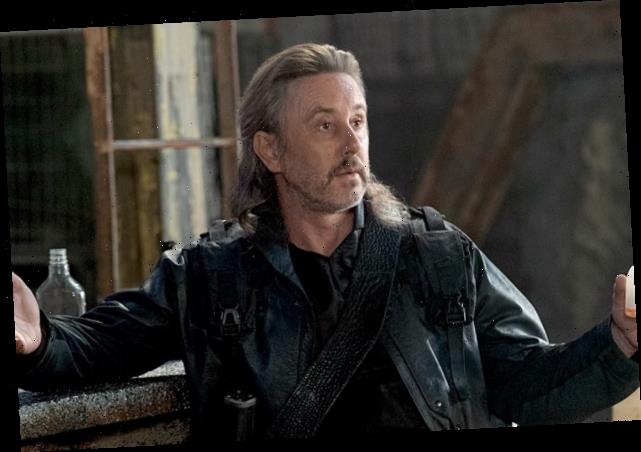 We’ve got questions, and you’ve (maybe) got answers! With another week of TV gone by, we’re lobbing queries left and right about shows including Lovecraft Country, The Conners, The Bold and the Beautiful and Star Trek: Discovery! 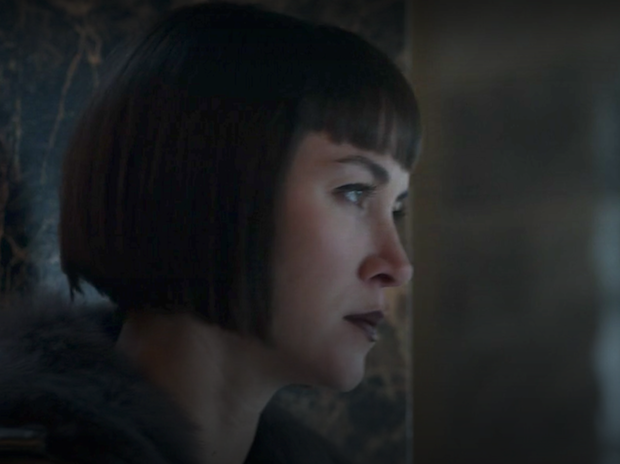 1 | Helstrom viewers: Did you ever find yourself distracted by how much Sydney Lemmon, in her Ana get-up, bears a resemblance to Outlander‘s Caitriona Balfe? And in the season finale (SPOILER ALERT!), when a possessed Daimon stripped the morgue attendant of his scrubs in order to escape St. Teresa’s, how was he wearing a shirt, pants and coat the next time we saw him?

2 | Saturday Night Live knows that it doesn’t have to include Maya Rudolph’s Kamala Harris in every political cold open… right? (There was no reason for her to pop up during Trump’s town hall.) And during Weekend Update, did you think for a moment that Bill Hader’s Stefon was returning when they began introducing a NYC nightlife expert?

3 | On Fargo, did any Big Lebowski fans catch the “Treehorn Trucking” logo on the truck of the guys who bought Cannon’s guns?

4 | In the Lovecraft Country season finale, was the Ruby/Cristina swap too foreseeable? Also, why did Leti not immediately rush to blood-drained Tic’s side, but instead spent all that time taunting pinned-down Christina?

5 | Does anyone have the patience for the celebrity edition of Who Wants to Be a Millionaire? Isn’t it simply too much chit-chat on top of the usual hemming and hawwing?

6 | Which of Card Sharks‘ Season 2 tweaks pleased you most? The new podiums with “retro” up/down arrows? The shorter (seven cards vs. 10) opening round? The on-screen questions you can actually read? 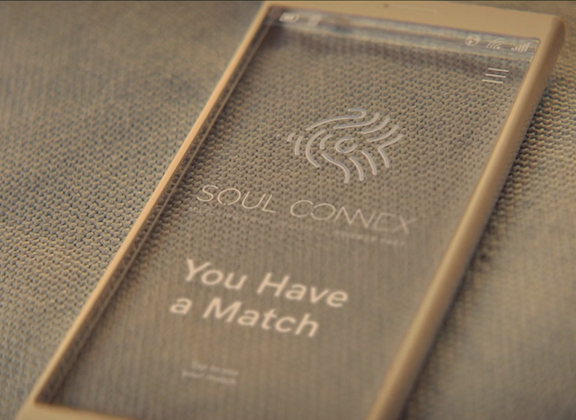 Are shows like Soulmates simply cribbing ideas from predecessors set in the near-future, or does Hollywood know something we don’t about imminent translucent phone technology? Because as we we’ve often said before in this column, stop teasing us and just take our money!

8 | In The Third Day‘s finale, Jess’ newborn was super chill, eh? Not a single peep across how many scenes? Also, was anyone anxiously waiting for unaccounted-for Talulah to somehow “save the day” once things went sideways? And lastly, should the girls gotten their mom out of her soaked, freezing clothes before trying to warm her up? 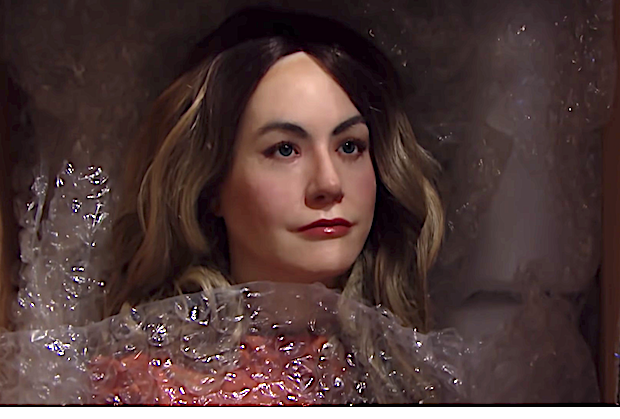 Wouldn’t we be remiss if we didn’t give The Bold and the Beautiful, ahem, props for so creepily incorporating one of its infamous love-scene stand-in mannequins into actual storyline?

10 | Who had money on a global pandemic outlasting Quibi?

11 | The Bachelorette viewers, did that absurd dodgeball game make you miss Fred Willard’s commentary all over again?

12 | Despite the amount of talent involved, does anyone actually want to watch a show about a Second Wave of the coronavirus? We’re still living the first one! (Also, audiences have pretty much ignored COVID-themed programs thus far a la Love in the Time of Corona, Coastal Elites, Connecting, Social Distance….)

13 | With COVID-19 making crowd scenes untenable at the moment, should The Goldbergs have put a pin in its Airplane! homage until a time when it would be able to actually fill a cabin with passengers?

14 | As the coronavirus pandemic continues,  wouldn’t it make sense — and be a welcome treat — for black-ish to bring back Judy Reyes and Parminder Nagra as Bow’s hospital co-workers? 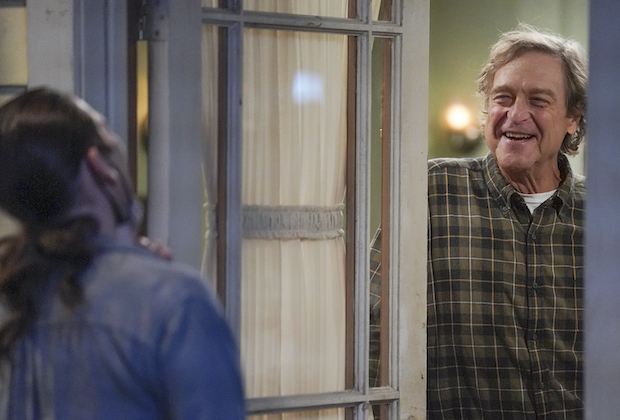 15 | Is The Conners‘ Dan supposed to be an anti-masker? He wasn’t seen wearing a mask at any point in the COVID-themed premiere — not when he approached the house, not when he answered the front door, and not when working a drywall job outside.

16 | Were you surprised that none of the Amazing Race teams used the Yield this week? And during the truck decoration challenge, how were so many teams forgetting to connect the horn when they kept hearing other teams’ horns blare right before they ran off with a new clue?

17 | Was Big Brother‘s luxury competition the lamest one the show has ever done? Couldn’t they at least let the houseguests actually control their comic book characters, instead of just watching them on the TV screen? Oh, and can this season be over already!?

18 | Should the person actually playing The Wall be sending any “Tear up the contract!” or “Sign it!” vibes to their sequestered partner, given that fortunes can — and often do — turn?

19 | What was stopping CBS from airing Trump’s 60 Minutes interview on Tuesday night, rather than save it for this weekend? Did they not think he would follow through on his threat to leak the interview, which he did on Thursday morning? And most objectively speaking, how did the president think that leaking the 60 Minutes video helped him? Other than to illustrate that Lesley Stahl was resolved to asking him “tough questions”?

20 | Didn’t Star Trek: Discovery‘s Zareh, the cruel new villain played by Homeland vet Jake Weber, remind you a little too much of The Walking Dead‘s Negan?

21 | Did the second presidential debate’s “mute” button idea prove not to be nearly as entertaining as you had hoped?

22 | First South Park, now Borat…. What’s with everyone trying to claim responsibility for starting the coronavirus?

23 | What sort of hellish nightmares must have inspired the new ads for online game Slotomania, where John Goodman plays… a talking finger? (And what kind of nightmares will it give us?)

Hit the comments with your answers — and any other Qs you care to share!