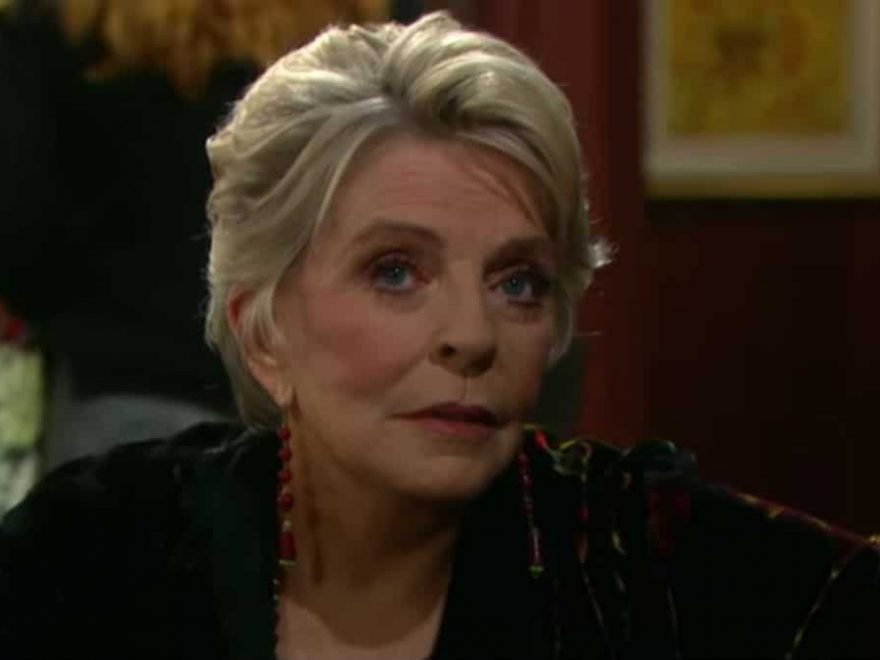 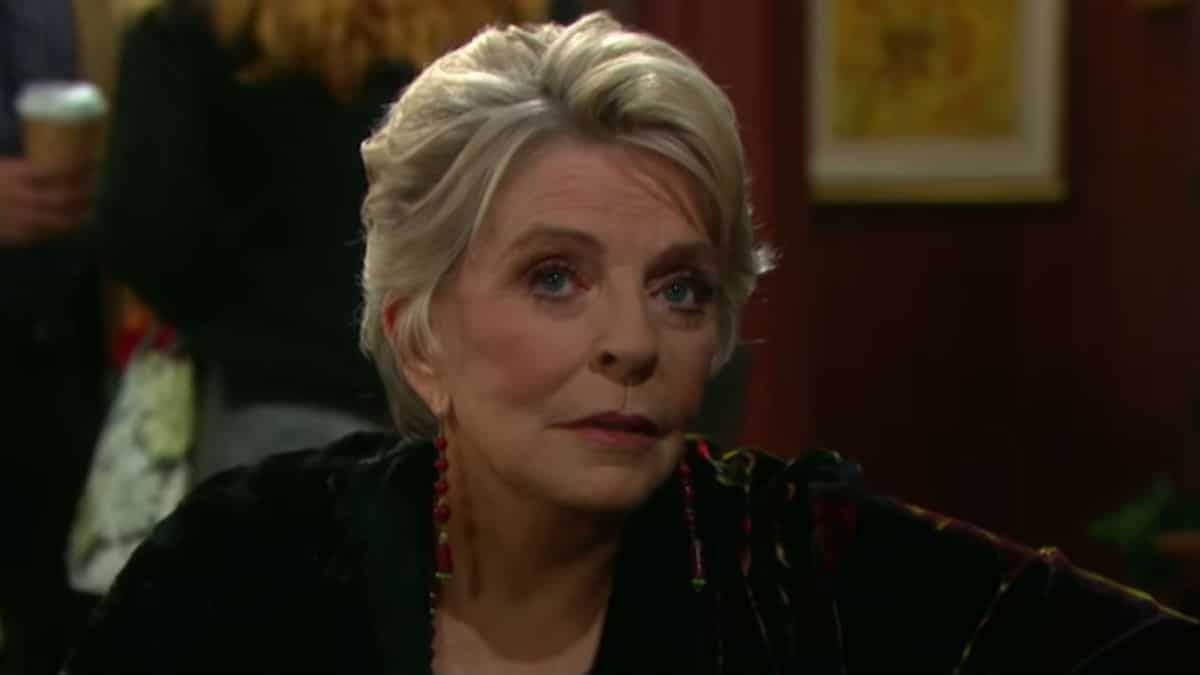 Days of our Lives fans have enjoyed watching the incomparable Susan Seaforth Hayes play the part of Julie for decades. Is that all about to change? Is it possible that Julie is leaving the show and Salem?

Julie has been a thorn in many people’s sides over the years, but her kind heart always pulls her through any controversy or complications. Explosive show spoilers reveal that it is exactly her heart that may be the death of her.

Julie has a stunning collapse, and it could portend major trouble is in store.

Before this shocking turn of events, Julie celebrated the fact that Chloe (Nadia Bjorlin) has left for New York and is out of her hair as a business partner. She could not be happier and is dancing up a storm at Doug’s Place.

Eli (Lamon Archey) and Lani (Sal Stowers) drop in to have a chat and decidedly dampen the mood.

Julie crows to them that, “I’m free at last, thank God almighty I’m free at last.” They are reluctant but get around to telling her that they think she is a racist! Like when she calls Gabi (Camila Banus) names like Chiquita.

They also inform her that they won’t have their engagement bash there after all since Lani is superstitious about celebrating too large. You can’t argue that, as every major bash in Salem becomes a major shoot-out it seems.

Later, Julie and Gabi run smack dab into each other, literally, at Horton Square. Julie has a revelation and tries to apologize to Gabi for calling her names in the past. Poor Julie starts huffing and puffing and struggles to breathe.

Gabi is unimpressed and thinks Julie is faking something. In fact, she calls her a racist. Julie collapses but Gabi still doesn’t believe that Julie is in trouble.

Oh my, it seems that Julie is about to receive a comeuppance for all of her past misdeeds!