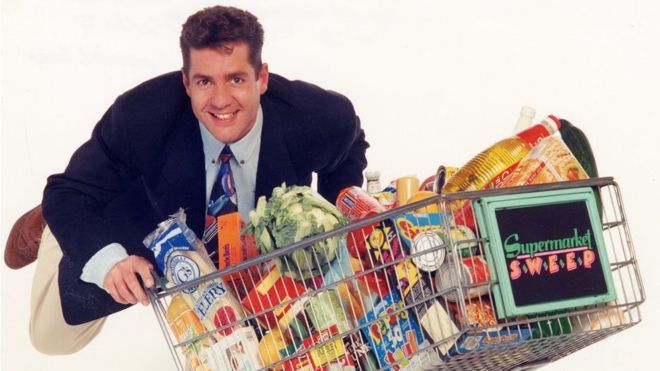 The Al Howard-created show, which is based on the format that aired on ABC from 1965-67, will return on the Love Island broadcaster with Rylan Clark-Neal as host.

The original series ran on ITV for more than 500 episodes with Dale Winton as host.

Fremantle-owned Thames is producing the show after the RTL-backed firm acquired the format rights in 2017.

Stripped across four weeks, the show sees contestants face a series of supermarket challenges before trying to win a cash prize following a trolley dash.

It will be exec produced by Phil Harris and Adam Hutchinson after being commissioned by ITV’s Paul Mortimer and Paul Tierney.

Clark-Neal, who earlier today bagged himself a BBC One fashion format, said: “It’s a dream come true to step inside this very special supermarket and host one of the most iconic series in television history. I am beside myself with excitement and will be going wilder in the aisles than ever before. Fill up your trolley, grab your bag for life, and let’s go shopping.”

Paul Mortimer, Head of Digital Channels and Acquisitions for ITV said: “We’re so pleased to be working with Thames on this re-booted version of the ITV classic game show. Funny and camp in equal measure, it’s a great addition to ITV2’s pre-watershed lineup. To have Rylan back on the channel as the perfect host is a real bonus too.”

Added Phil Harris, Creative Director of Thames: “I’ve loved Supermarket Sweep since I was a teenager, so Thames and I are thrilled to be rebooting this cult classic with the awesome Rylan for its perfect new home on ITV2. When the world’s full of doom and gloom, it’s definitely time for Britain to go wild in the aisles once again.”