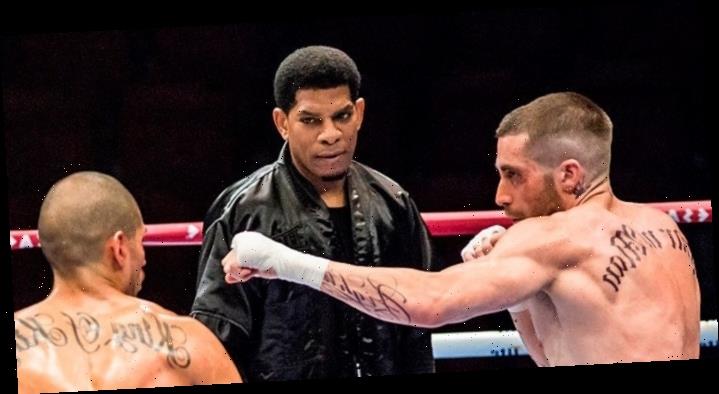 The Guilty is heading to Netflix, as the streaming giant has landed the rights to the Jake Gyllenhaal and Antoine Fuqua remake of the Danish thriller in a $30 million deal. It’s the latest high-profile acquisition by the streaming giant in recent weeks, which include movies starring Halle Berry, Zendaya, and others.

Deadline reports that Netflix has acquired the worldwide rights to The Guilty, a one-location thriller starring Jake Gyllenhaal set to reunite the actor with his Southpaw director Antoine Fuqua. The Guilty is a remake of the Gustav Möller-directed Danish thriller of the same name, which premiered at the 2018 Sundance Film Festival to rave reviews and Oscar buzz.

The Gyllenhaal-Fuqua remake, which comes with a script by True Detective creator Nic Pizzolatto, was first announced last week, when it was put to the marketplace as a buzzy package which Netflix quickly snapped up. The streamer forked over $30 million for the rights, just its latest pricey acquisition in recent weeks including the Halle Berry-directed Bruise ($20 million), TIFF film Pieces of a Woman ($10 million), and the Zendaya-John David Washington film Malcolm & Marie ($30 million).

The Guilty takes place over the single morning in a 911 dispatch call center as “call operator Joe Bayler (Gyllenhaal) tries to save a caller in grave danger—but he soon discovers that nothing is as it seems, and facing the truth is the only way out.” It’s set to begin shooting this November in Los Angeles “following rigorous sanitation and safety protocols” and under COVID-19 insurance, with its one-location setting making it a safe bet for an early production start amid the coronavirus pandemic.

I really enjoyed the original Danish film, a claustrophobic thriller that featured a sturdy performance by Jakob Cedergren as a bored emergency dispatcher who one day gets a coded phone call from a woman who he realizes has been abducted. It’s a razor sharp film that manages to churn out exciting thrills even in its single location.

This kind of character-driven drama is good for Netflix, which has only grown in influence since the pandemic began, even with the surplus of new streaming competitors like Disney+, Apple TV+, and HBO Max. Netflix seems to be aware of this, getting even more aggressive in acquiring high-profile projects, many even before shooting.

The Guilty will be produced by Gyllenhaal and his Nine Stories partner Riva Marker, along with Fuqua and Kat Samick through his Fuqua Films, Scott Greenberg, Michel Litvak, Gary Michael Walters, David Litvak and Svetlana Metkina for Bold Films and Amet’s David Haring. Annie Marter, Möller and Lina Flint will be exec producers with Christian Mercuri and Jon Oakes.