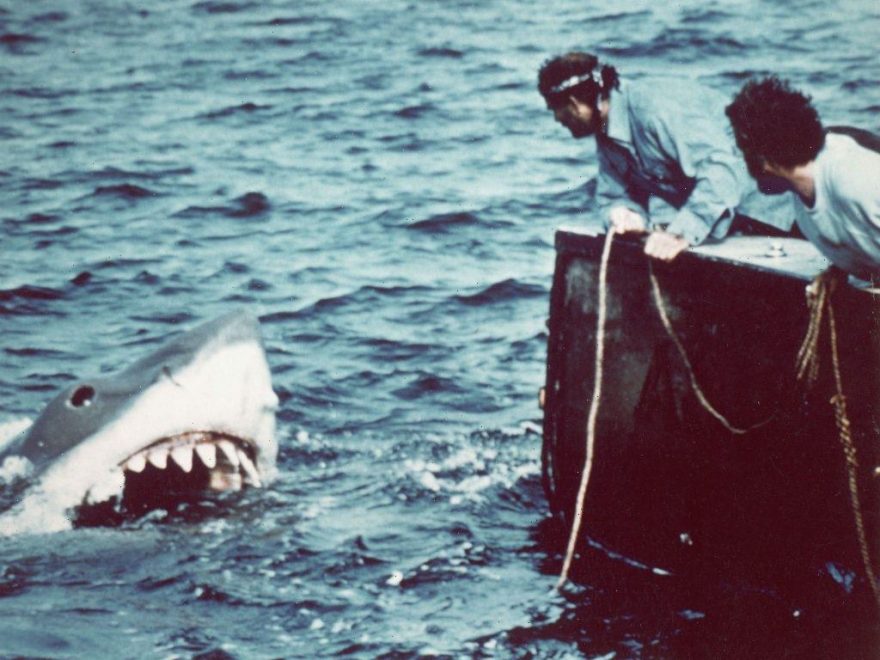 Most movies are not made with the same special effects that made the original Jaws movie back in the 1970s. Nothing fake had ever seemed so real until Jaws was released. Steven Spielberg’s imagination proved to be limited only by the technology that existed at the time.

Thanks to Spielberg’s imagination and the technology used in the movie, a brilliant piece of cinema was created using some of the most convincing special effects that have ever been used on the big screen.

While you only saw one shark in the water during the filming of Jaws, there were really three separate sharks on set that Spielberg used when filming the movie.

Two of the three sharks were intentionally half-complete, which left some machines exposed. The third was more or less the head of a shark. That was the shark head that fans saw in Jaws when it appeared on the screen.

These unreliable machines added what is known today as a “practical effect” to the movie. Today, the shark made of mechanical parts would only be a placeholder in a movie. The shark would be built and photographed before being enhanced or replaced by CGI technology.

These technologies were not available when Spielberg filmed the movie Jaws. Many viewers actually found the imperfections part of what made the movie so captivating and interesting. While the issues with the sharks may have been frustrating, the movie appeared as the most realistic special effect used in a movie to date.

That made Jaws a “breakthrough” movie in the respect that it had some of the best graphics and effects that had been seen in any movie to date.

The biggest mishap with the sharks came when they were filming, and George Lucas, who was a friend of Spielberg, wound up enjoying some extra time in the special effects shop when his arm got stuck in one of the mechanical sharks. The emergency controls jammed, and the shark’s mouth snapped shut, according to CTV News.

The entire thing was meant to start as a prank and wound up being an emergency when he couldn’t get his arm out of the shark’s mouth. Eventually, the shark had to have its mouth pried open to free Lucas’ arm. It’s a good thing they were able to pry the mechanical $250,000 shark off of Lucas’ arm.

Spielberg has always been somewhat of a perfectionist with his films, and the mishap with the shark made Spielberg consistently nervous on set. The problems with the shark left Spielberg feeling that something else might go wrong. Reports say that he had multiple breakdowns and left him sleepless on many nights.

In the end, filming Jaws took 155 days rather than the 51 days it was scheduled to take. Spielberg was convinced he would never be asked to work on a major production again because producers were never 100+ days late on a film. However, that appears now to be the case, and instead, the film Jaws launched what would be a blockbuster film career for Spielberg.

No attempts to remake the movie even 45 years later:

Even 45 years later, with rapidly improved technology, no one has attempted to remake the Jaws movie since the original was released. That shows how powerful and convincing the special effects that Spielberg used actually were and how captivated the audience was by his work.

Spielberg learned one lesson early on in life from his friend George Lucas, and that is that sometimes bad practical effects can actually be a perfect thing.