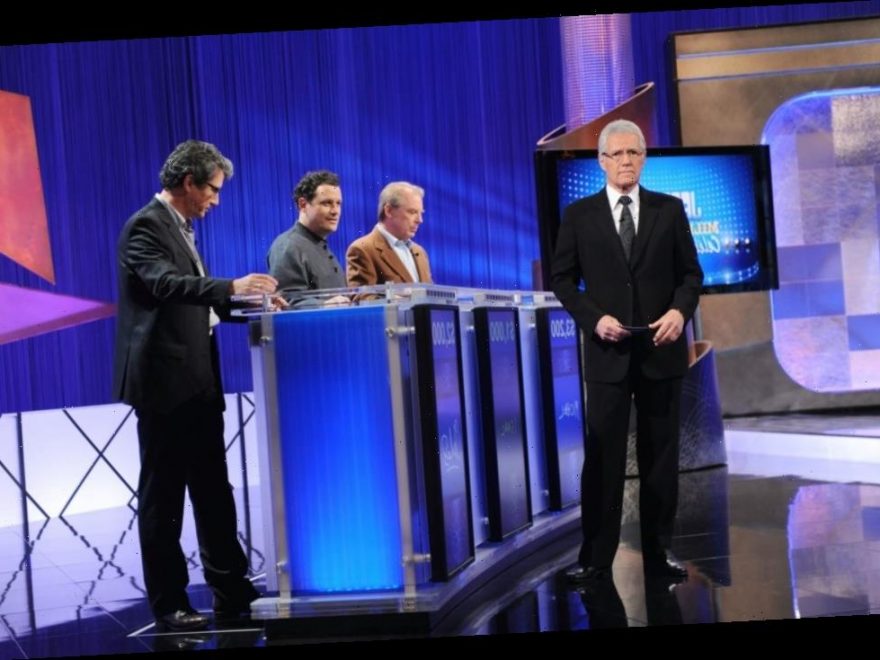 Alex Trebek, the beloved host of Jeopardy!, died on Nov. 8, 2020, after a long ordeal with pancreatic cancer. The host will truly be missed, as his show remains one of the most iconic game shows in television history. And we’re just now learning about all the secrets that went into making the show work.

While Trebek always looked suave in a suit, it seems he had some tricks for looking like he was filming on a new day when he was actually filming back-to-back episodes of the show on the same day. Here’s what went on.

The filming of ‘Jeopardy!’ happens on a very tight schedule

With each new set of contestants, it looks like Jeopardy! happens over the course of several days. But that’s not actually the case. According to Mental Floss, each 30-minute segment is actually filmed back to back. In total, five 30-minute shows are filmed one after the other with minimal breaks in between for the contestants, which certainly can prove grueling.

“You only have about 10 minutes between winning your first show and appearing in your second,” Jelisa Castrodale, a winner from 2010, told the publication. As for what happens in that 10 minutes, it seems it’s the perfect time for a bathroom break and a makeup touch-up. Otherwise, the contestants have to get mentally prepared for a whole new round of trivia.

The Delite notes the Jeopardy! crew ends up taping five episodes every single day over 46 days. This totals 230 episodes per season, and it’s also why the show has aired over 7,000 episodes total.

Filming back to back episodes certainly easy on the contestants — and it wasn’t easy on Trebek, either.

Even with the tight schedule, the host abided by a strict routine every day to make sure everything got done. The Delite notes every day for 30 years, Trebek would wake up at 6 a.m., sign autographs, read viewer mail, and then start taping the first episode that day at 11:30 a.m. The last episode of the day is wrapped up by 4:15 p.m.

There’s a reason it looks like episodes of the show aren’t all taped on the same day, though — and that’s partially thanks to Trebek’s clothing change. The publication notes Trebek changed his clothing with each new episode as if he was starting a new day. And it wasn’t just Trebek who had to go for a quick change. The returning champion of the show also had to bring a change of clothes for back-to-back tapings. All in all, each contestant was expected to bring at least two pairs of clothes.

Trebek had a closet of 50 different suits to choose from

With so many amazing suits to choose from, we doubt Trebek had a difficult time getting changed between episodes. Phil Wayne, Trebek’s stylist, talked to Vanity Fair about what it was like dressing the host. “He generally comes in jeans and a T-shirt, driving a pickup,” Wayne explained. “It’s my job to transform him into the elegant host you see on TV every night.”

The publication notes Trebek had 50 suit options and had to have five different suit-shirt-tie combinations every single day. And while the host may have had preferences on what he liked to wear, Wayne noted he never once complained. “Alex has never said, ‘I won’t wear that shirt,’” Wayne added. “He trusts me to pick the look.”

“To me, Alex looks best in a rich, dark suit,” Wayne commented. “The last couple years, I’ve really pushed for bolder, brighter ties.” But when it comes to holidays, Wayne mentioned he also liked to make sure Trebek stayed seasonal. “If it’s Christmas, I’ll make sure he’s in red, and if it’s Saint Patrick’s Day, he needs to be in green.”

Trebek — and his many suits — will surely be missed.