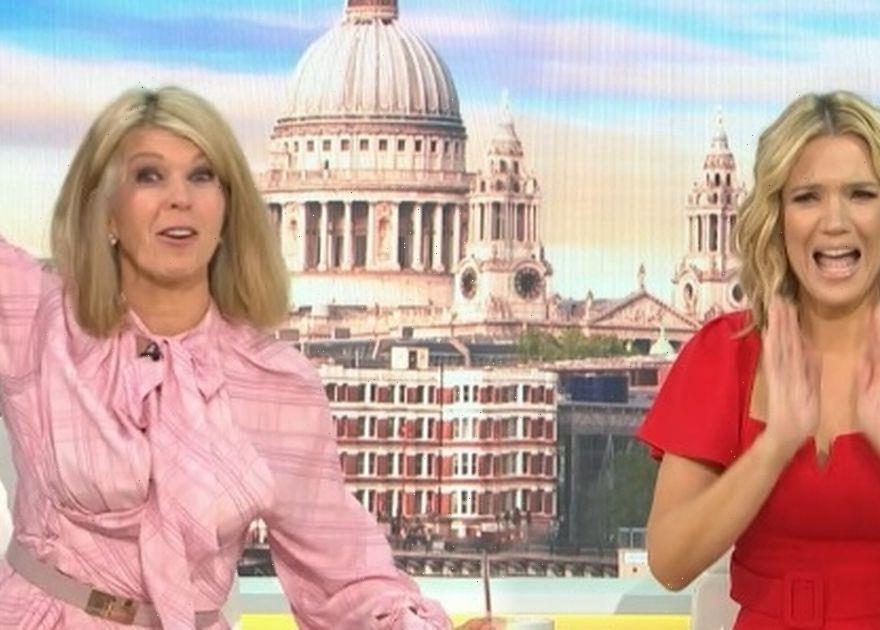 Good Morning Britain viewers have been tweeting their annoyance as they claim Kate Garraway keeps 'talking over' co-host Charlotte Hawkins and guests as she presents the show, and threatened to switch off.

Fans of Tuesday's show took to social media after they noticed Kate, 54, kept interrupting Charlotte, 46, on the show.

One viewer fumed: "Hey GMB, is Kate Garraway going to let anybody else speak today? I usually enjoy her but if you're directing her to keep interrupting people then please stop."

"Why does Kate continually interrupt Charlotte, often cutting her off mid-sentence? She's just done it again!" added another.

"Kate! Stop talking over everyone! Every day! So annoying… I'm off to the BBC" said one viewer.

Another pleaded: "Please take Kate off lead – she tramples all over Charlotte and guests – I really want to turn over."

"Has Kate Garraway been told to make her questions as long as possible, then interrupt the guest before they get a chance to answer?" asked one annoyed fan.

"Stop talking over guests! You asked a question and not letting them finish. Let your guests finish what you have asked" raged another.

At several points throughout the show, Kate and Charlotte were heard to talk over one another repeatedly, with neither willing to back down.

Some viewers wondered if Kate was trying to be more like Piers Morgan with her line of questioning, as others pleaded for him to come back to the show.

It was revealed on Monday that Piers has been nominated for Best Television Presenter at the NTA's despite his abrupt departure from Good Morning Britain.

Kate has also been nominated for her documentary, 'Kate Garraway: Finding Derek'.

She expressed her hopes that Derek may be well enough to attend the ceremony in September.