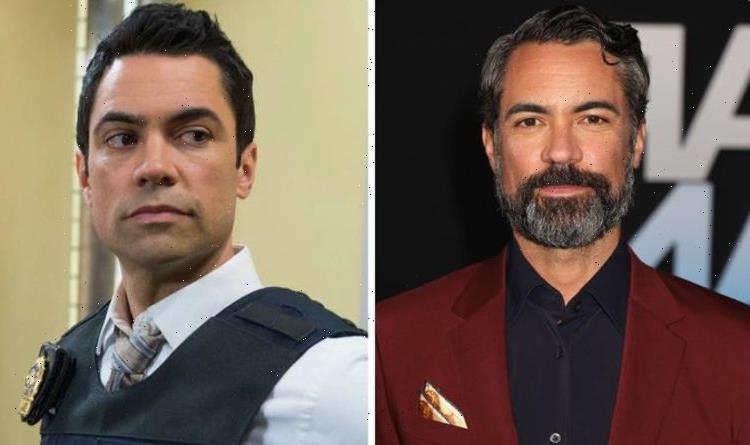 'Law And Order: Organized Crime' trailer for next episode

Law and Order SVU season 23 saw the brief reunion of Olivia Benson (played by Mariska Hargitay) and Elliot Stabler (Christopher Meloni) as NBC made way for his very own spin-off Law and Order: Organised Crime. This series has also seen the return of Nick Amaro (Danny Pino) who was originally cast as Stabler’s replacement. But he didn’t last too long in the show, only lasting for three seasons, making his exit in season 16.

WARNING: This article contains spoilers from Law and Order SVU.

Is Danny Pino returning to Law and Order SVU after 500th episode cameo?

Law and Order SVU celebrated its 500th episode on Thursday, October 21, on NBC.

There were various old colleagues of Benson’s who returned for the instalment aptly named The Five Hundredth Episode.

One of which was former detective Nick Amaro who joined shortly after Stabler resigned from the force.

He hadn’t been seen though for six years after he was transferred to another department.

When Amaro does pop up in The Five Hundredth Episode, he is no longer a police officer.

It is revealed that he quit and is now working for a company that specialises in analysing cold-case DNA with advanced technology.

His work is what brings him back to Manhattan, much to Benson’s surprise as he tries to clear the name of a wrongfully convicted man.

With Amaro popping up in Law and Order once, could this be the start of the actor Danny Pino’s comeback?

So far, there has been no confirmation that Pino will be officially returning to the drama.

He made the appearance in series 23 to celebrate the 500th episode which doesn’t necessarily mean he wants to reprise his role.

Before starring as Amaro, Pino was Scotty Valens in CBS’ Cold Case for seven years.

He is now better known for playing Miguel Galindo in FX’s Mayans M.C for the past three years.

When asked by Entertainment Weekly if he would return, Pino commented: “I’ve learned in this business never to say never.

“I think that the show’s in fantastic shape, it’s been doing incredibly well without me.

“So, I’m just happy to reconnect and to give the fans something back because there has been so many people reaching out to me over the years, asking if and when Amaro would come back.”

There may not be any definite plans for now but with Pino potentially open to the idea, there is a chance Amaro could return in the future.

Law and Order SVU will be taking a short break away from screens.

The drama will not be airing its latest episode on Thursday, October 28.

Instead, the 23rd series is going to continue on Thursday, November 4, with the episode They’d Already Disappeared.

Law and Order SVU season 23 airs Thursdays on NBC in the USA. A UK release date is yet to be announced.