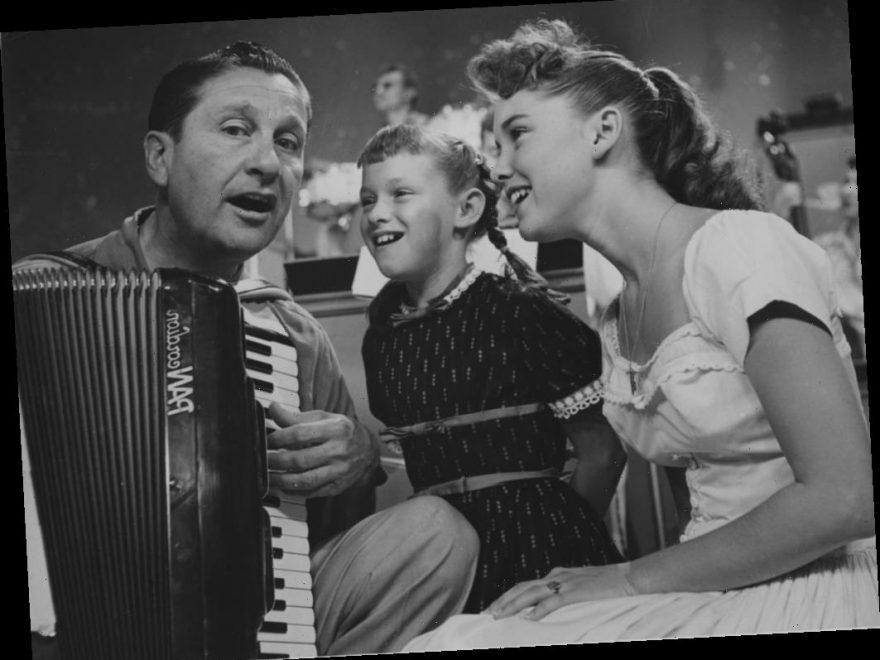 Before we had The Roots on The Tonight Show Starring Jimmy Fallon, and long before Jon Batiste and the Stay Human band started playing for The Late Show with Stephen Colbert, there were the Lennon Sisters. The musical quartet was a staple on The Lawrence Welk Show, a popular evening TV show that aired from the 1950s to the 1980s. Viewers loved the Lennon Sisters for their youthful energy and family-friendly, wholesome brand, but their personal lives took a grisly turn halfway through the sisters’ careers.

The Lennon Sisters took over evening television in the mid-1900s

“Completely charmed and impressed, Welk booked the girls immediately,” reports IMDb. “America fell hard for the four pretty little innocents and their angelic vocal blend. Welk professionally adopted the girls and The Lennon Sisters became regulars on his show every Saturday night for the next thirteen years.”

After more than a decade on Welk’s evening TV show, the siblings got their own TV show in 1969 entitled Jimmy Durante Presents the Lennon Sisters Hour. They also began releasing their own albums and merchandise. “Dubbed ‘America’s Sweethearts of Song,’ they … [were] so popular … that they became a merchandising factory with coloring books, lunch boxes and doll collections all doing very brisk business,” reports IMDb.

The Lennon Sisters’ father was a victim of a shocking murder

Their TV show Jimmy Durante Presents the Lennon Sisters Hour started production in the summer of 1969. That August, their father was walking through a parking lot at the Venice Golf Course when he was murdered.

According to Closer Weekly, the girls had been stalked by a fan who believed he was married to one of the girls. The Vocal Group Hall of Fame explains further, saying that the grisly murder occurred just six weeks before the siblings were supposed to take the stage. “A deranged fan, Chet Young … believed himself to be married to Peggy and that the father stood in the way and had to be eliminated,” reports the organization. “Lying in wait, Young shot Mr. Lennon. […] The sisters discovered an unopened letter having a cutout of [their dad], a picture of a gun pointed at his head, and the words ‘High Noon’ (the time of the murder).”

Yet through their grief over the untimely loss of their patriarch, the Lennon Sisters pushed forward.

The Lennon Sisters tried to stay positive after the murder

“[Two of the sisters] are retired, but the Lennon Sisters are still harmonizing,” reports the Los Angeles Times. “Since 1994, Kathy, Janet, and, for the last 13 years, younger sister Mimi, have been performing, primarily at the Welk Resort Champagne Theatre in Branson, Mo.”

In an interview with Closer Weekly, the group says their father’s death was one of the most impactful moments in their history. “The tragedy changed all of our lives, yet we came out knowing we had each other,” said Kathy, one of the sisters.

“Despite their success, [the sisters] say they are most proud of the closeness of their family,” reports the magazine. One of the sisters chimed in. “We had a great childhood — we’d relive it all in a second,” she said. “But we always would rather be sisters than entertainers.