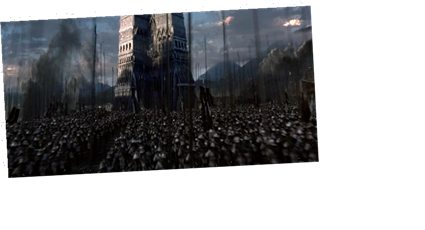 Amazon’s Lord of the Rings TV series has resumed filming in New Zealand, and now one of the stars has spoken about how enormous of an undertaking the production is.

Morfydd Clark, who is rumored to be portraying a young Galadriel, told NME that she has been blown away by the sheer scale of the production. Not only that, but the production team is reportedly going very deep on the details.

“The amount of [people working] on this show is continually mind-blowing. One guy’s job consists just of seeing how dust reacts to footsteps and breath!” Clark said. “That would never have even crossed my mind before. Other than something like Marvel, I don’t think things could get much bigger than this.”

Production on the TV show shut down earlier this year due to COVID-19, and Clark has remained in New Zealand since February. “I’ve certainly been homesick, but it’s a really small cross to bear in comparison to what’s going on at the moment,” she said.

The Lord of the Rings TV show takes place during the Second Age, but there is no official word on any of the characters who might appear in it or by what means the show will handle its time period. The Second Age is a 3,441-year era that had some huge events happen: the forging of the Rings of Power, the war with Sauron, the creation of the Ringwraiths, and the sinking of the island of Numenor into the sea.

Whenever the Lord of the Rings TV show debuts, it will air on Amazon Prime.