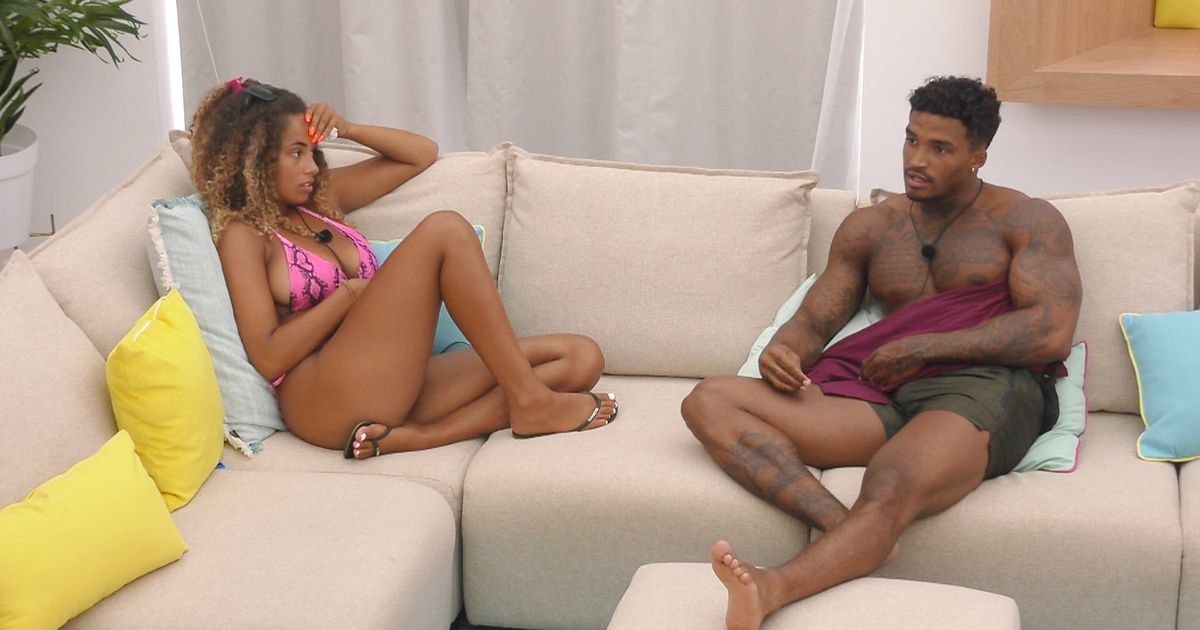 Love Island’s Michael is attempting to make amends with Amber after he ordered her to “sit down” during a heated conversation.

The 27 year old has come under fire over his treatment of his former flame, with some calling for him to be kicked off the show for good.

However, in Tuesday’s show Michael will attempt to apologise to Amber, blaming her heels or his harsh comments.

Heading to the lounge, Michael says: “When I came over and told you to sit down, it was because you had been wearing heels all night and I didn’t want you to walk anywhere else.

“I am apologising if it came across in a bad way.”

Amber replies: “I just think you really need to think about the way you speak to me, because it comes across really badly.”

She then adds: “I knew you before and you never spoke to me in a way that made me feel upset.”

Michael then insists he never wanted to hurt Amber after being left frustrated after Joanna’s exit from the show.

Michael responds: “I don’t actually want to hurt you and I never have.

“Right now, it seems that I take all of my frustration out on you.”