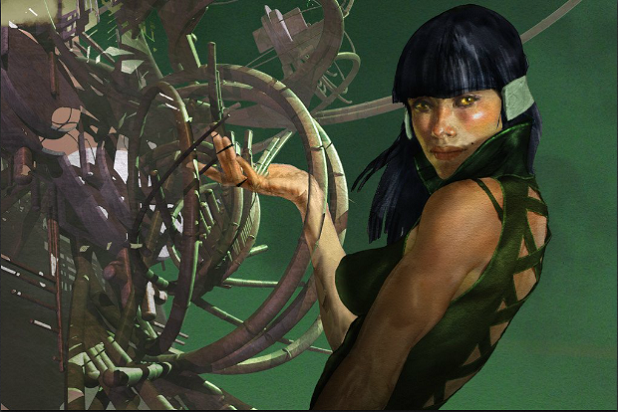 Marvel has set “The Eternals” for a November 6, 2020 release, the studio announced during its panel at San Diego Comic-Con Saturday.

To be directed by Chloe Zhao (“The Rider”) from a script by blacklist screenwriters Matthew and Ryan Firpo, “The Eternals” will focus on the race of ancient, superpowered humans created by Jack Kirby in 1976. Onstage for the announcemment were Zhao along with stars Salma Hayek, Angelina Jolie, Richard Madden and Kumail Nanjiani, as well as South Korean actor Ma Dong-seok, also known as Don Lee, who will make his American film debut, and Lia McHugh.

The panel also revealed that Madden will play Icarus while lee will play Gilgamesh. Meanwhile, Nanjiani joked that his appearance onstage for the presentation was the first time he was able to get into Hall H.

TheWrap is in San Diego all week for Comic-Con 2019 — check out all of our ongoing coverage here.