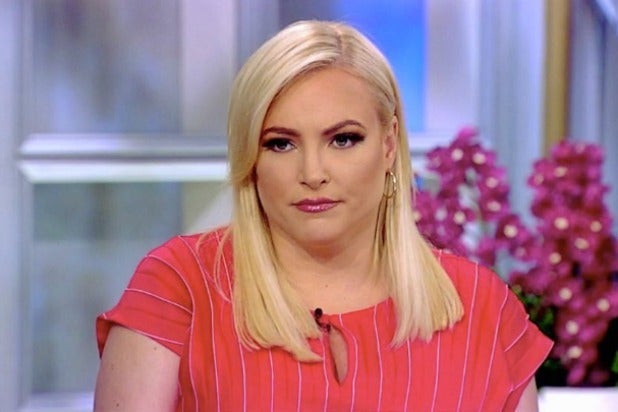 Meghan McCain opened herself up to some mockery on Monday after she complained that she doesn’t know when she’ll get access to a COVID-19 vaccine.

The comments, which came during the same “The View” segment where she called for Dr. Anthony Fauci to be fired, started with a point we’ll concede is somewhat fair to bring up: That in her view, it’s a problem that messaging from U.S. officials seems to suggest that even with the vaccine people won’t be able to resume normal life for a long, long time. After a clip during which Dr. Anthony Fauci wouldn’t make any kind of specific recommendation about what people can do after getting vaccinated, McCain compared that to Israel where, she said, people are being told if they get the vaccine they can resume normal life.

“The idea that I can get vaccinated I won’t be able to see friends and nothing in life changes and that we’re going to have to wear masks forever… I don’t understand the downplaying of getting the vaccine because right now we should be wanting as many Americans as possible to get a vaccine,” she said.

But then she went a step further and appeared to complain that her job and social status should give her access to the vaccine. “The fact that I, Megan McCain, co-host of ‘The View,’ I don’t know when or how I will be able to get a vaccine because the rollout for my age range and my health is so nebulous, I have no idea when and how I can get it. I wanna get it. If you call me at 3 o’clock in the morning I will go at any place or any time to get it. I wanna be responsible, obviously wait my turn, but this rollout has been a disaster.”

Now in fairness, McCain’s point seemed more concerned with the fact that the U.S. messaging might discourage people from taking the vaccine. “I for one would like something to look forward to and to hope for. Because if getting the vaccine means that nothing changes and we have to wait another few years until everyone gets it, there’s already a lot of people not getting it. We already have a problem getting people to take the vaccine.”

But it was the bit about “I, Megan McCain, co-host of ‘The View’” that captured people’s attention. Perhaps this won’t come as a shock, but lot of the reactions roasted McCain for what people said was extreme entitlement.

For example, “Law & Order: SVU” showrunner Warren Leight tweeted “The fact that I, Warren Leigh, showrunner of SVU, don’t know when or how I will be able to get a vaccine… seems understandable since the country is in the midst of a horrifying pandemic and other more vulnerable people deserve priority as vaccine distribution ramps up.”

“Meghan McCain should be referred to as Viewruca Salt,” said Bob Clendenin, making a play on the spoiled girl from “Charlie and The Chocolate Factory.”

Some people even demanded McCain be fired.

“The producers of @TheView need to fire Meghan McCain, NOWDouble exclamation markHer daily tantrums, total disregard for the opinions of others, and willful ignorance is exhausting,” author Elgin Charles said. “Replace her with Ana Navarro.”

“I hope someone is fanning and perhaps feeding individual grapes to Meghan McCain right now as co-host of The View,” snarked political commentator Brian Tyler Cohen.